Volunteers have made it their mission to get a WWII veteran back on his feet after the flood swamped his home of 45 years. 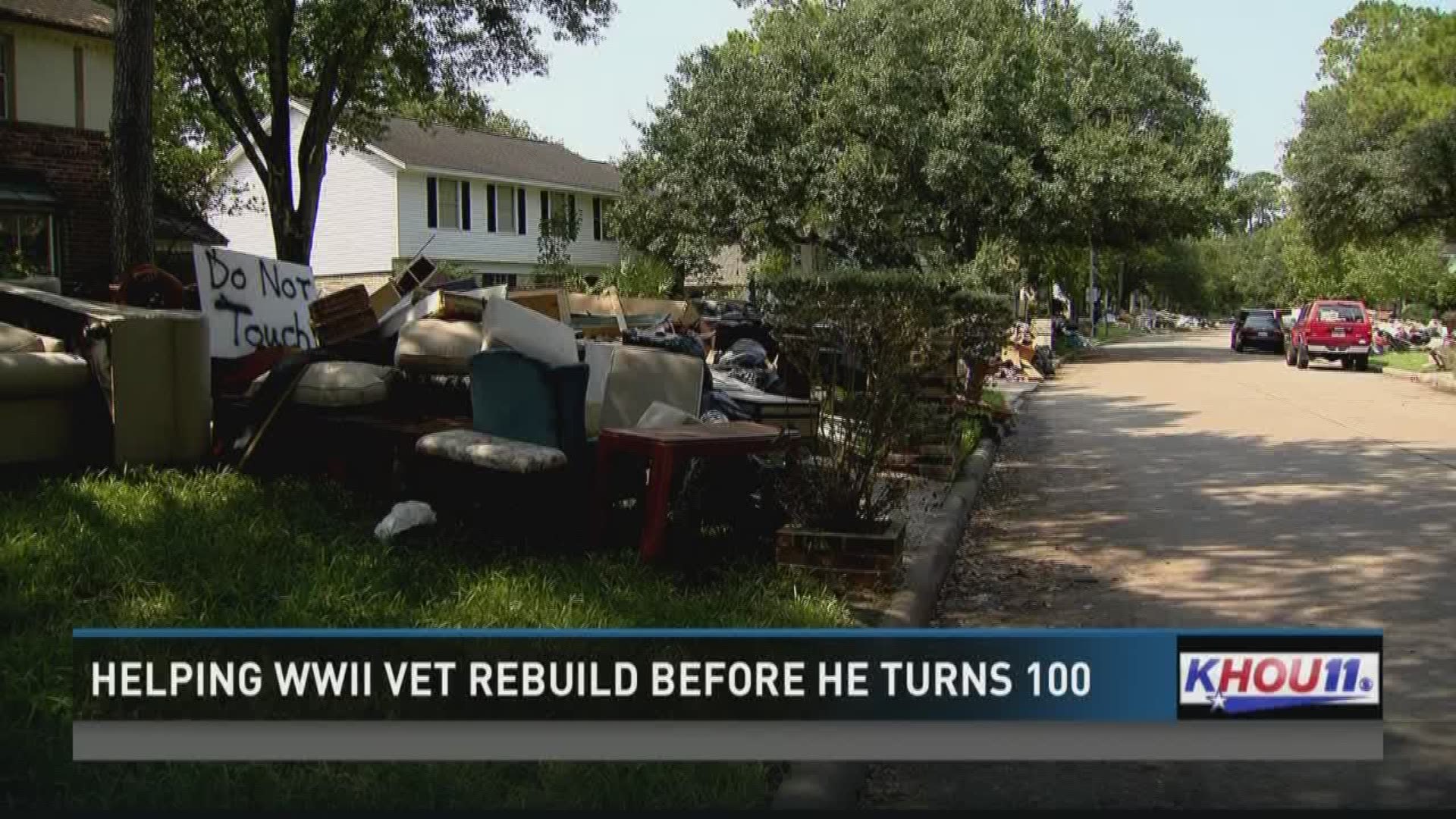 Volunteers have made it their mission to get a WWII veteran back on his feet after the flood swamped his home of 45 years.

The goal is to get him back inside before his 100th birthday.

“I was a First Lieutenant,” said Bill Fly.

Bill Fly, a member of the “the greatest generation,” just survived Houston’s greatest natural disaster too.

“It just takes your breath away, I’ll tell you,” said Fly.

The 99 year-old’s belongings become another peak in the mountain range of rubbish that lines his Norchester neighborhood street after three feet of water ruined homes that never flooded before.

“It’s hard to realize that used to be in my house,” said Fly.

Fly built his house in 1972 and shared it with his wife of 69 years, Mary Beth, until her death earlier this year. Their daughter, Kathy, says her parents never bought flood insurance and could never put on a price on the army of support they’ve seen this week.

“It’s turned such a disaster into such an amazing experience,” said Kathy Fly Walker. “It really has.”

Former Navy SEAL Mark Luttrell, the man who inspired the book and movie “Lone Survivor,” is among those working to help Mr. Fly rebuild.

“They can’t realize how much it’s appreciated,” said Fly.

“I just think of all these people who come in and helped like they did, donated money to do what they could,” said Fly. “I can’t..”

The online fundraising drive to help Mr. Fly is nearing its goal.

Marcus Luttrell’s wife, Melanie, tells us extra money will be used to help other vets impacted by the flood.