Buffalo's current mayor touts a reading program, guns removed from the streets, and his status as a registered Democrat. 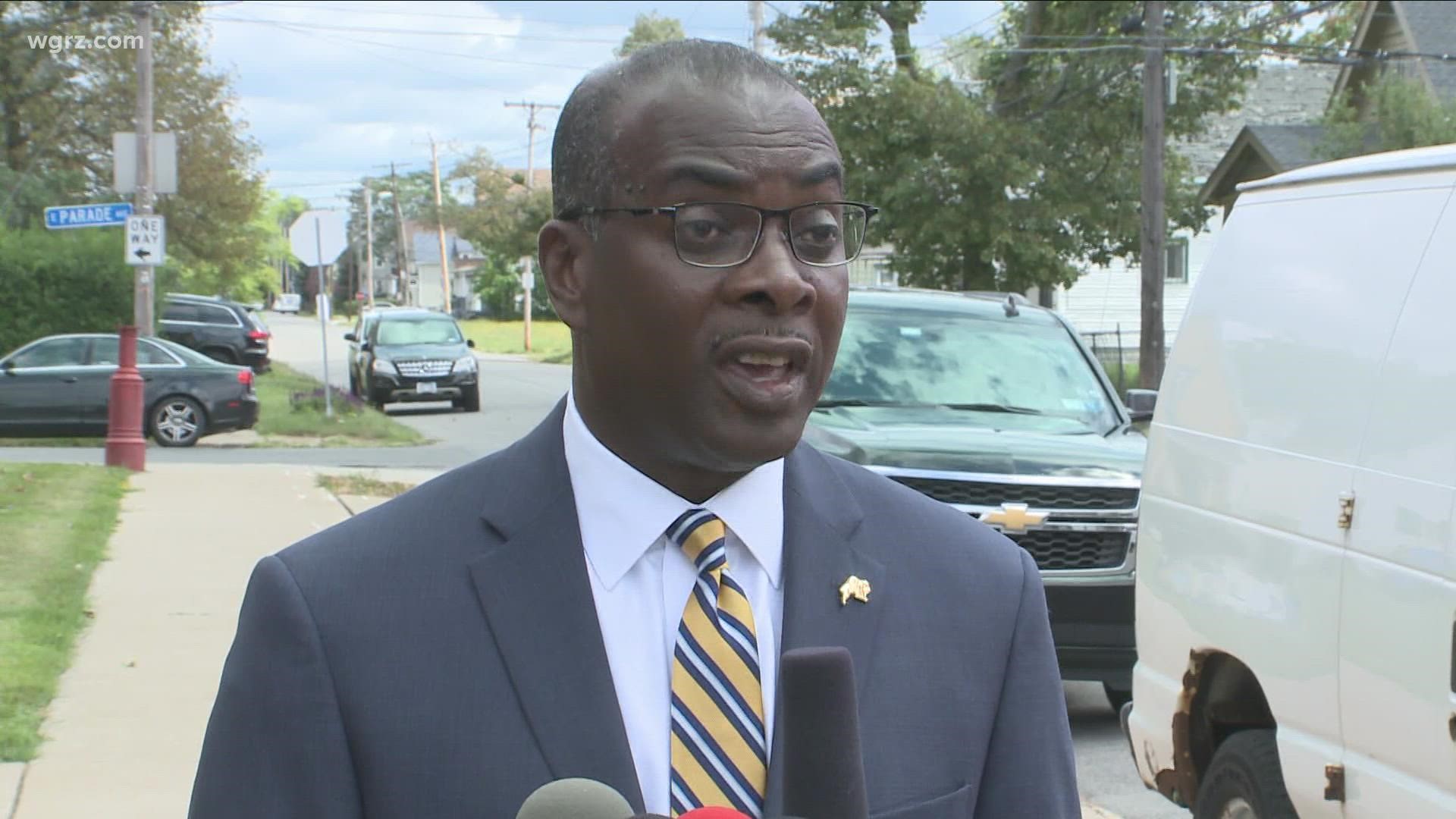 BUFFALO, N.Y. — While the legal team for Byron Brown battles twin court cases to get the Buffalo mayor on the November ballot, his campaign is out with its first TV ad.

It is a 30-second spot titled, “Earn.” The ad features Brown talking to a gathering of people in Ralph Wilson Memorial Park with Buffalo City Hall in the background.

Brown touts a number of accomplishments that prompted 2 On Your Side to give the Verify treatment.

The first is Brown’s claim that “22,000 have participated in our summer reading program.”

To check, we contacted the Mayor’s Office of Communication. It says the number is correct but added important context. It’s 22,000 over 20 years. The program began when Brown was a State Senator. This past summer some 1,500 young people completed the program and became “reading champions.”

The next claim from Brown’s ad that caught our attention was this: “We’ve taken 15,000 guns off the streets.”

As 2 On Your Side has repeated reported in the last two years, violent crime is on the rise in Buffalo. Most of it crimes committed with firearms. There have been efforts from every level of law enforcement to remove illegal weapons from city streets.

We did find a 2012 audit by then City Comptroller Mark Schroeder on a city gun buyback program funded with money from the U.S. Drug Enforcement Administration. In the report Schroeder notes that over a six-year span, 3,687 guns were collected. But in the 2 On Your Side archives, we found a story in 2015 about how the buyback program was being shut down.

Late Friday night, however, a City of Buffalo spokesperson provided new information from Deputy Commissioner Joseph Gramaglia. The data was the year-by-year numbers on guns submitted to the property lab, which is literally guns taken off the street.

If you combine that number with the 2012 City Comptroller’s audit of six years of the gun buyback program, that’s more than 15,000.

Finally, at the very end of the ad titles appear on the screen reading “Byron Brown, Democrat for Mayor.”

It is true, Brown is a registered Democrat, but he is not the endorsed Democrat in the mayoral race. That is India Walton after her upset victory in the June Democratic primary.

2 On Your Side checked in with the Erie County Board of Elections to ask whether Brown may have bent or broke election regulations by noting his party registration in his ad. He did not.

Brown is allowed to share via ads he is a Democrat, so long as he does not attempt to claim he is the endorse Democrat.

On this claim we can Verify Brown is a Democrat, but not the Democrat.

Through a spokesman, the Walton campaign plans to be on the air with its first TV ad in early October. When it hits the air, 2 On Your Side will give that spot our Verify treatment too.