Verify: Calling it American beef doesn't mean it's from America

The United States Department of Agriculture requires most supermarkets and grocery stores to label chicken, fish, shellfish, nuts, fresh fruits and veggies and more. But not beef. Stores don't have to tell you where it came from. 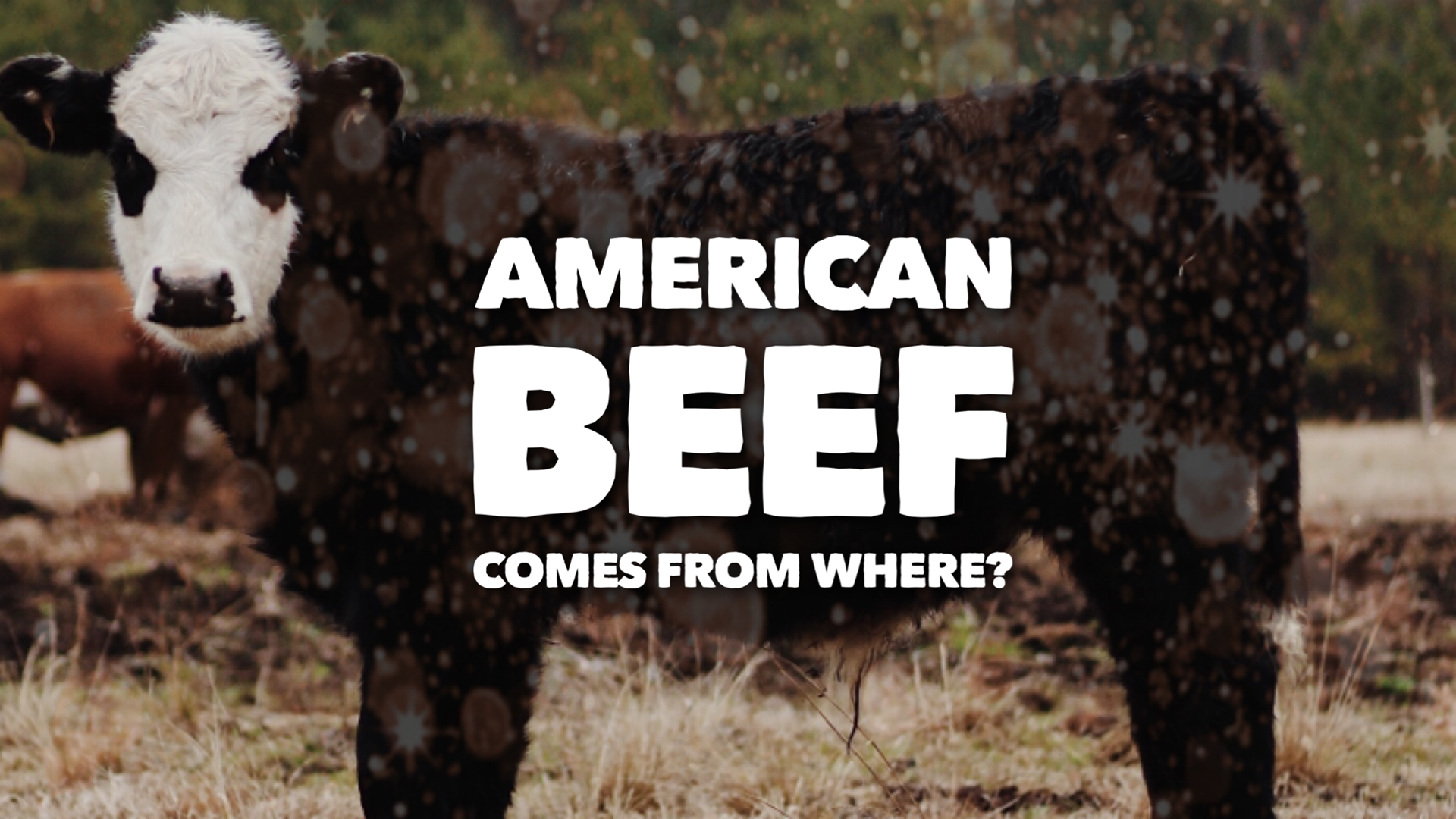 GRANDVIEW, Texas — This is a story about where beef comes from and it starts with an email.

It comes from Verify viewer, Dan Strother, who writes:

"A rancher friend told me that large beef suppliers import beef from overseas and repackage it as a 'Product of the USA.'"

RELATED: VERIFY: Cow farts are real, but it's their burps that release more Greenhouse Gas

To start this journey, I went to see Matt Peterson at Matador Meat and Wine in Plano. He can tell his customers where every cut of meat comes from, but that may not be the case at the grocery store.

“Is it possible to have cattle from Uruguay, or something, be called a product of America?” I asked him.

“How does that work?” I asked.

“Our government, in its infinite wisdom, got rid of country of origin labeling,” Peterson said.

Country of Origin Labeling? What does that mean?

The United States Department of Agriculture requires most supermarkets and grocery stores to label chicken, fish, shellfish, nuts, fresh fruits and veggies and more. But not for beef. Stores don't have to tell you where it came from.

According to the USDA’s Food Standards and Labeling Policy Book (page 147), if foreign beef is "processed in the U.S." — meaning, butchered into smaller cut —  it can be labeled "Product of USA."

“I think it's intellectually dishonest from the beginning to the end,” Peterson said.

So, that might not be what consumers are expecting. What about ranchers?

I talked to Jon Taggart, a rancher in Grandview, and the owner of Burgundy Pasture Beef. He said his business is hurt by the lack of labeling for beef.

He raises grass-fed beef, which is a very small percentage of the overall market. But it's a product that some customers are willing to pay a premium for.

“In addition to raising cattle, you're a native grass farmer?” I asked.

“That's where it starts. That's exactly what I am,” Taggart said. “These cattle get grass from the day they are born until the day they show up at the harvest facility,” he said.

Taggart's business is not only raising the cattle. He also runs a butcher operation and sells the meat he raises out of three of his own stores in Grandview, Dallas and Fort Worth.

“If it's coming cheaper from Uruguay and it says 'Product of the USA' and it says 'grass-fed'? Yes, that affects me,” Taggart said.

“They are sourcing that product a lot cheaper,” he said.

The American Grassfed Association said this issue hits its members particularly hard.  While 9% of conventional beef is imported it says 75-80% of grass-fed beef is imported and can be labeled as a Product of the USA.

“And can be called American?” I asked.

“Absolutely it is,” Taggart said.

Missy Bonds and her family run Bonds Ranch in Saginaw. And she has the opposite opinion. She's a board member with the Texas and Southwestern Cattle Raisers Association, which represents mainstream ranching interests.

“You don't see that happening, Bonds said. "Most of what the product is coming in as is to meet the demands for hamburger production."

Cattle with ample fat are worth more than skinny, leaner ones. And Bonds says what comes from most foreign countries are skinnier, leaner animals.

According to an estimate by an economist at Oklahoma State University, 72% of cattle imports go toward hamburgers. That leaner imported meat is mixed with fattier, domestic beef to meet America's enormous demand for low-cost hamburger.

Bonds said all beef in this country is government-inspected and safe to eat and that tracking and labeling where beef comes from just adds cost to a low-cost product.

“It is okay if you would like to know that your meat came from down the road. But in order to feed an expanding global nation, we have to be able to produce in larger scales," Bonds said.

If the idea behind all of this is that hamburger is cheaper when we don't have to label where it comes from…I get that. We eat a lot of hamburger.

But that's not all that's happening. In reality, the U.S. allows beef from anywhere to be called American when it's really not. That's hard on some ranchers, like Jon Taggart. And it's not being honest with consumers.

Got something you want verified? Send me an email to david@verifytv.com.