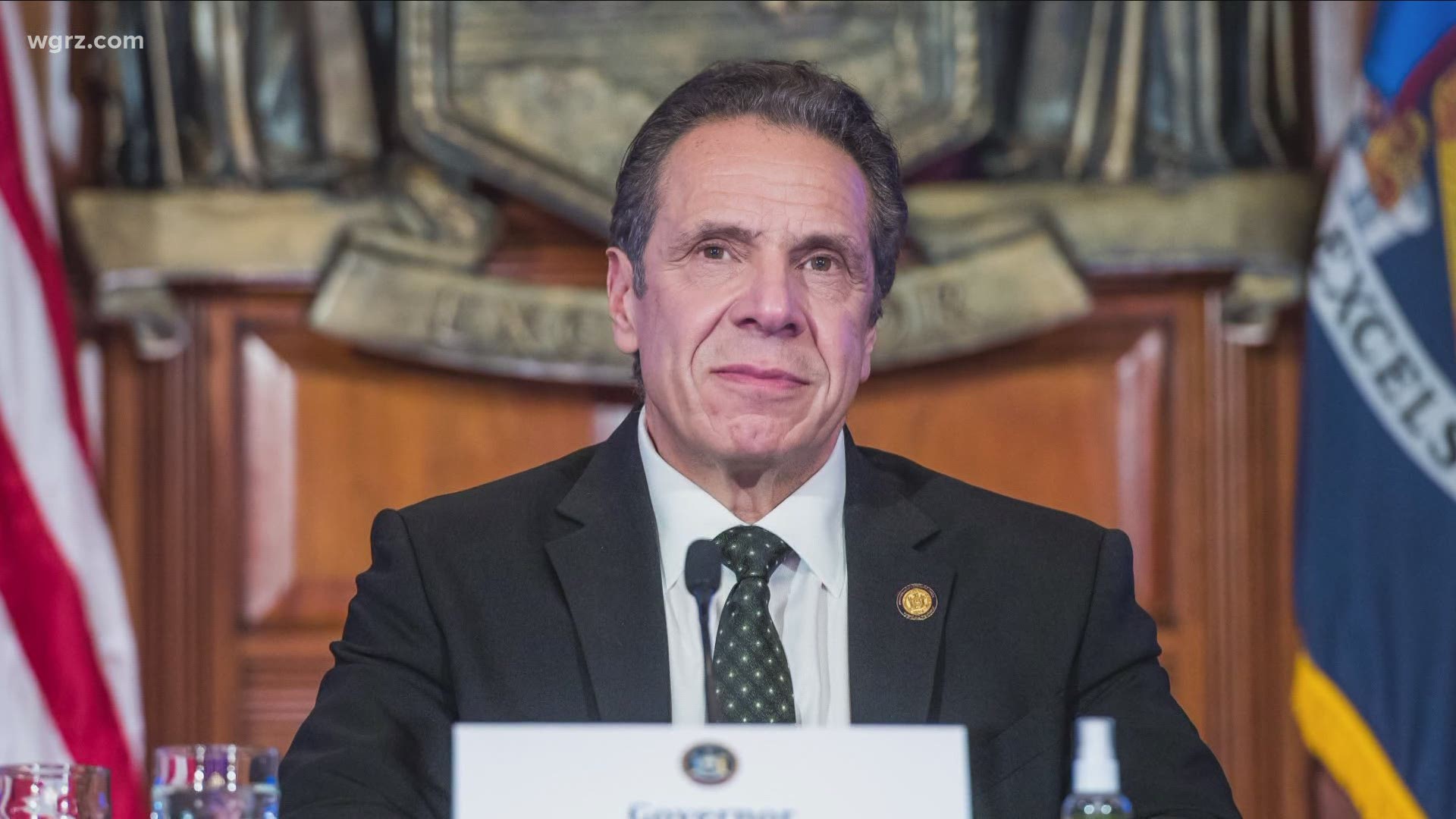 BUFFALO, N.Y. — Governor Andrew Cuomo’s briefing Monday was the first time he took questions since the story broke that his administration had withheld data from state lawmakers on COVID nursing home deaths.

2 On Your Side wanted to give some of the thing the governor said our Verify treatment.

The first involves emergency powers given to Cuomo by state lawmakers last March. In recent days there have been increasing calls for those powers to be revoked.

One of the things Governor Cuomo said was this: “I have taken hundreds of actions. The legislature can reverse any action that I take just by passing 50 percent of the Assembly and the Senate. They have never reversed a single action.”

The legislation which granted Cuomo executive authority to direct the state’s COVID response does include this: “The State Legislature may terminate by concurrent resolution executive orders under this section at any time.”

So we can Verify that portion of the governor’s statement as true. And after checking with both chambers, we can also Verify as true that neither house has voted to rescind an executive order.

On the counting of COVID nursing home deaths in the state, the governor said, “The New York State DOH has always, fully and publicly reported all COVID deaths in nursing homes and hospitals.”

We can Verify that is also true… and at the same time misleading.

The issue here is the total number of COVID deaths among nursing home residents.

2 On Your Side has reported several times that if a nursing home resident with COVID was transferred to a hospital and died there, that COVID death is counted as a hospital death.That does not give the clearest picture of how many residents contracted COVID in their nursing home.

In an August 2020 committee hearing, Health Commissioner Howard Zucker explained that these deaths were counted this way to avoid “double counting” them.

Cuomo pointed out, “The nursing home had to agree that they could care for this person. That is a matter of law. They cannot accept a patient who they are not prepared to care for properly.”

We can Verify that is true. The directive stated nursing homes could only accept transfers if they could properly care for them.

What Cuomo omits is another important sentence in the directive: “Nursing homes are prohibited from requiring a…COVID test prior to admission.” This raises questions on how a nursing home can assess whether it can provide appropriate care for a new admission without knowing their COVID status.

Governor Cuomo also addressed the revelation, first reported by the New York Post, that Democratic lawmakers were surprised and upset after recently being told by top Cuomo aide Melissa DeRosa the reason their requests for accurate data on COVID deaths at nursing homes had been put off for months was because of an inquiry from the US Justice Department.

The governor insists when his administration was made aware of the inquiry last August, his staff let legislative staff in the Assembly and Senate know.

Sources with both legislative chambers say the only prior knowledge about a Justice Department inquiry came from news media reports, not the governor’s office. Without clear supported evidence here, we have to grade the governor claim here with a question mark.