Mark Albrecht of Damascus said he ran into a man in his driveway claiming to work for Amazon's Verification Team. 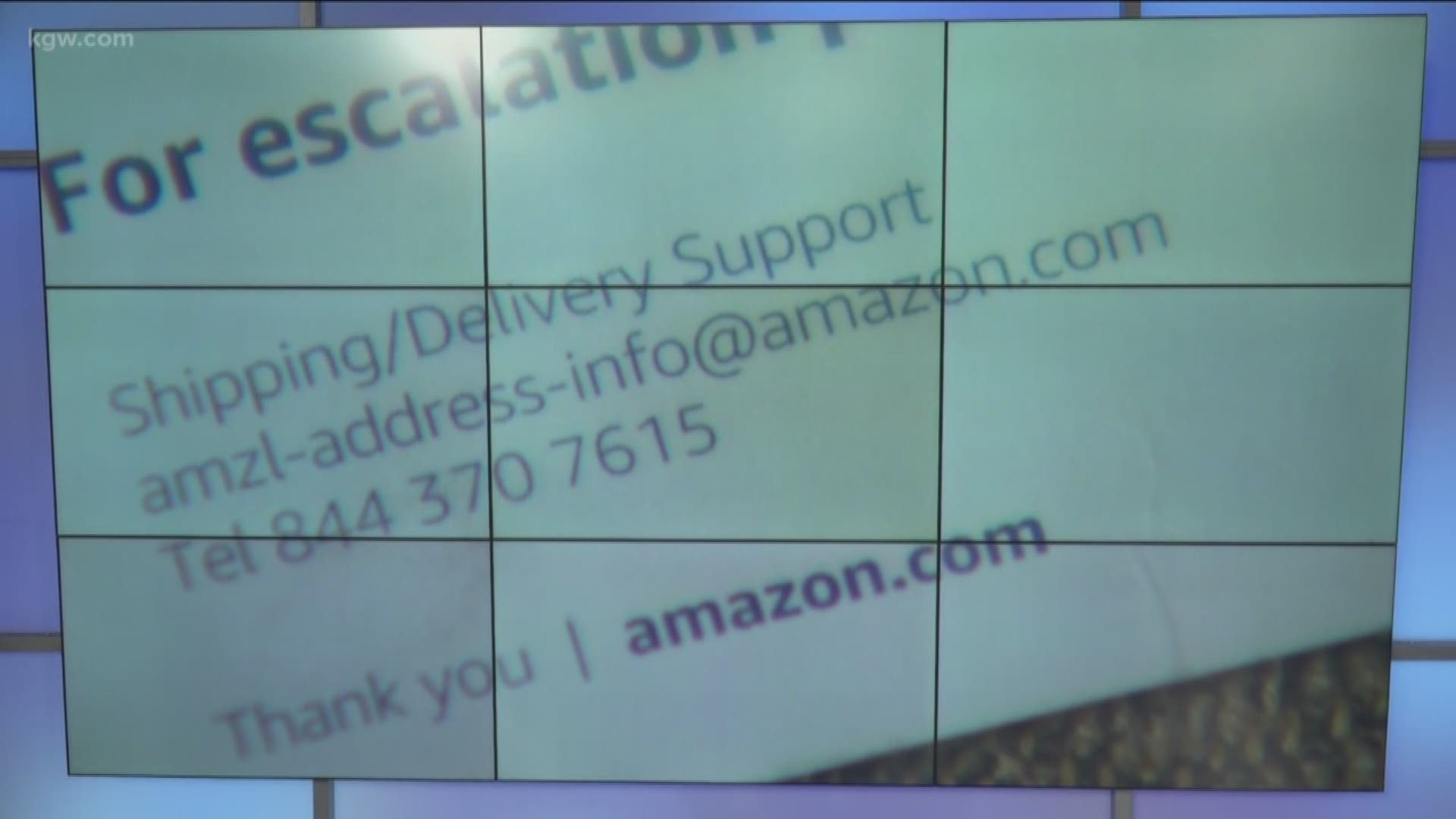 DAMASCUS, Ore — A man going door-to-door claiming to be checking addresses for Amazon had a Damascus man worried and people on the Next Door app buzzing about a scam.

Mark Albrecht of Damascus said he ran into a man in his driveway claiming to work for Amazon's Verification Team.

The man was wearing an Amazon shirt, had an Amazon business card and asked Albrecht several questions about when and where his packages were usually delivered.

"I was like, 'well this is weird,' but I know not to give this information," said Albrecht.

Albrecht was concerned about the questions and never heard of Amazon sending people to do in-person checks.

Other homeowners on the Next Door app also thought the interaction sounded suspicious.

We wanted to Verify: Does Amazon have Address Verification employees?

KGW called the phone number on the Amazon business card and the woman who answered said it was legitimate and that Amazon has a small team of people who do quality assurance checks in person.

Amazon's corporate office again confirmed this is not a scam, this is an actual job and the man in Damascus does work for Amazon.

The company has a small team of employees who visit apartment complexes and neighborhoods to make sure delivers are getting where they need to go.

We can Verify: Yes, Amazon has Address Verification employees.

Do you have something you want us to Verify? Email us and Verify@kgw.com