VERIFY: Cow farts are real, but it's their burps that release more Greenhouse Gas

What started as a joke became a serious claim about the environment and now there’s debate over the actual anatomy of cows. Our VERIFY team breaks down the basics - so you can moo-ve on from these conversations. 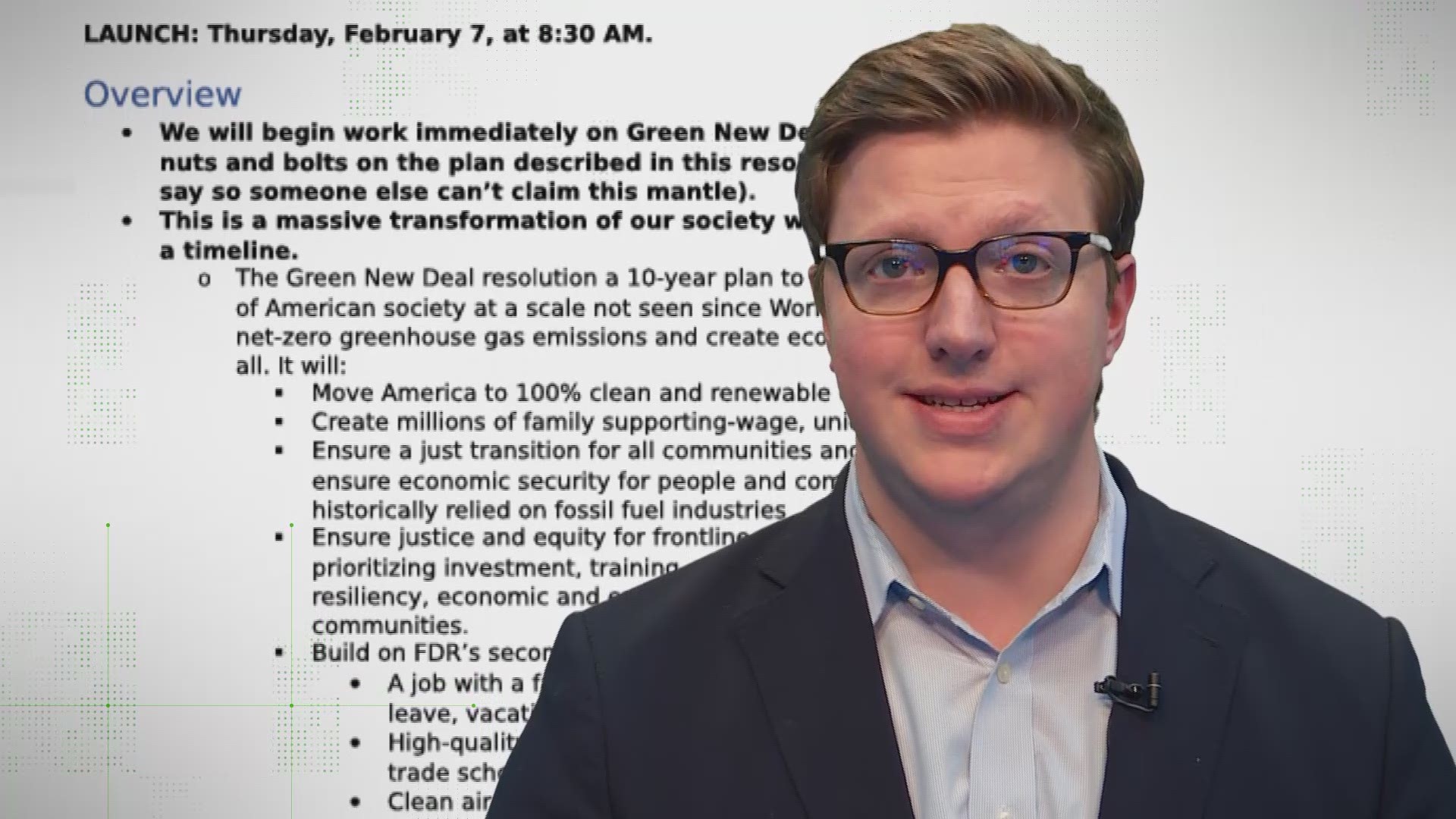 It may sound like a joke, but flatulence has been a big topic of conversation among politicians these days.

It all started with the emergence of Alexandria Ocasio-Cortez's Green New Deal. While answering questions about the status of the Green New Deal, she said she didn't have an exact timeline and joked that: "We aren't sure that we'll be able to fully get rid of farting cows and airplanes that fast."

It seems that people took those words literally and are now discussing the impact of cow farts and burps on the environment, or if they even perform these functions at all.

Michigan Senator Debbie Stabenow addressed what she saw as misinterpretations by her political opponents.

“The Republican majority leader said that we want to end air travel and cow farts," she said on the floor of the U.S. Senate. "By the way, just for the record, cows don’t fart. They belch.”

Is Sen. Stabenow correct?  Are cows unable to fart?

No, this is false.

Although, the "belch" does do more damage to our ecosystem.

According to the Food and Agricultural Organization of the United Nations, global livestock represent 14.5% of all Greenhouse Gas (GHG) emissions.

Beef and milk cows are responsible for the most of that, contributing 41% and 20% of the total, respectively.

Put simply, Cows make up roughly 10% of the Greenhouse Gas Emissions across the entire globe.

So how does this happen? Well, it turns out that cows have a special fermentation process for breaking down food. That process creates "a significant source of methane," according to Director of the Center for Health and the Global Environment, Kristie Ebi.

Basically, cows chew plants and then ferment those plants in their stomachs. That generates a lot of methane that they then expel by burping.

According to NASA, cow belches are a much bigger methane source.

Christopher Field at the Stanford Woods Institute for the Environment was quoted by the Associated Press on the topic: "Of the CH4 (methane) produced by enteric fermentation in the forestomach 95% was excreted by eructation (burp), and from CH4 produced in the hindgut 89% was found to be excreted through the breath."

Basically, Cows burp 90-95% of the methane their internal digestion creates. That leaves 5-10% that can escape as farts.

As of now, lawmakers are looking into new and efficient ways to tackle this problem such as: genetically modifying grass to lessen the methane, reducing herd sizes, and creating carbon sinks.

But, in the meantime, cover your noses.