USS The Sullivans is in danger of sinking

The Buffalo and Erie County Naval & Military Park officials have launched a $100,000 fund drive for emergency repairs. So far, $25,000 has been raised. 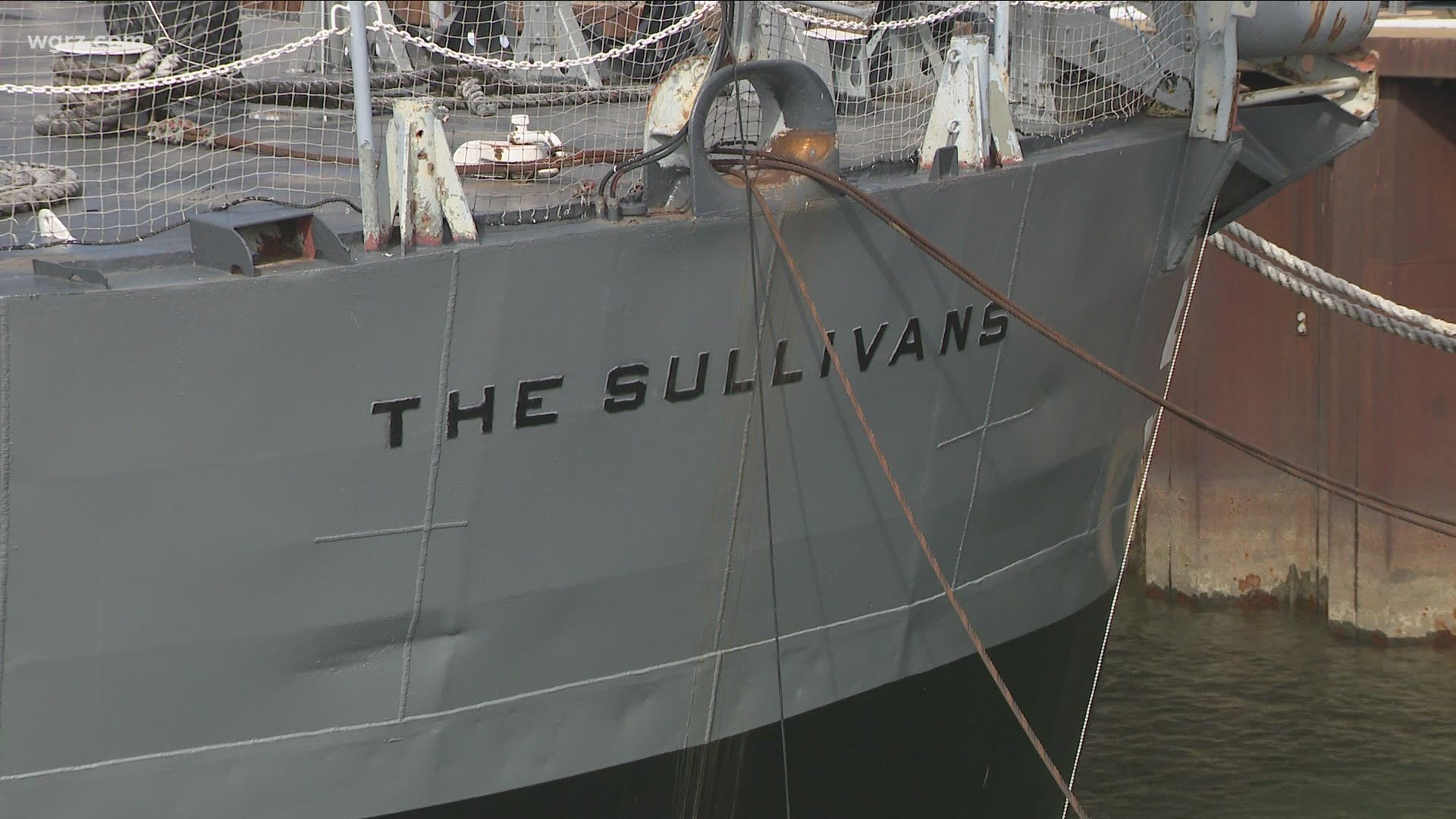 BUFFALO, N.Y. — It is a centerpiece of the largest inland naval museum in the country, and now the elements have pushed USS The Sullivans to the brink of sinking.

The 78-year-old Fletcher-Class destroyer is taking on water through several leaks and listing noticeably to its port side.

The Buffalo and Erie County Naval & Military Park is using pumps to remove water from the ship. However, they are struggling to keep up, and more damage could occur, says park president and CEO Paul Marzello.

“We expect another four to six weeks of tough weather ahead, so there is potential for even more hull damage," he said.

The Naval Park has a plan for long-term repair to the hull of The Sullivans that was scheduled to begin in the spring and summer of 2021. With a cost of more than $1 million, the Naval Park is awaiting final funding from a number of sources.

At this point the ship requires $100,000 in emergency repairs just to keep her afloat until they can begin the long-term repairs. As of 5:30 p.m. Friday, the All Hands On Deck fundraising campaign has raised $25,000 in donations in less than one day.

“Routine hull maintenance is required with ships of this age,” Marzello said. “The harsh Buffalo winter weather has severely damaged the hull of USS The Sullivans below the waterline, so there is significant water coming into the ship. She is currently listing to port quite noticeably. If we cannot repair the hull and stop the water, she will sink.”

The park is asking the public for $100,000 in support through their "All Hands On Deck" initiative that was started to help offset the losses suffered through the pandemic.

The Park, which welcomes more than 70,000 visitors in a typical year, is a major tourist attraction for the region. The Park saw a significant decline in visitors and revenue due to the pandemic restrictions. In July of 2020 the Naval Park launched the fundraising campaign.

Given the urgent need to pay for the emergency hull repairs, the Naval Park is extending the All Hands On Deck campaign and asking for donations from the general public.