Unknown Stories of WNY: The man behind the Legend of Taro Tsujimoto

As the Sabres prepare for their Golden season, we remember their greatest prank and the draft pick that never was. 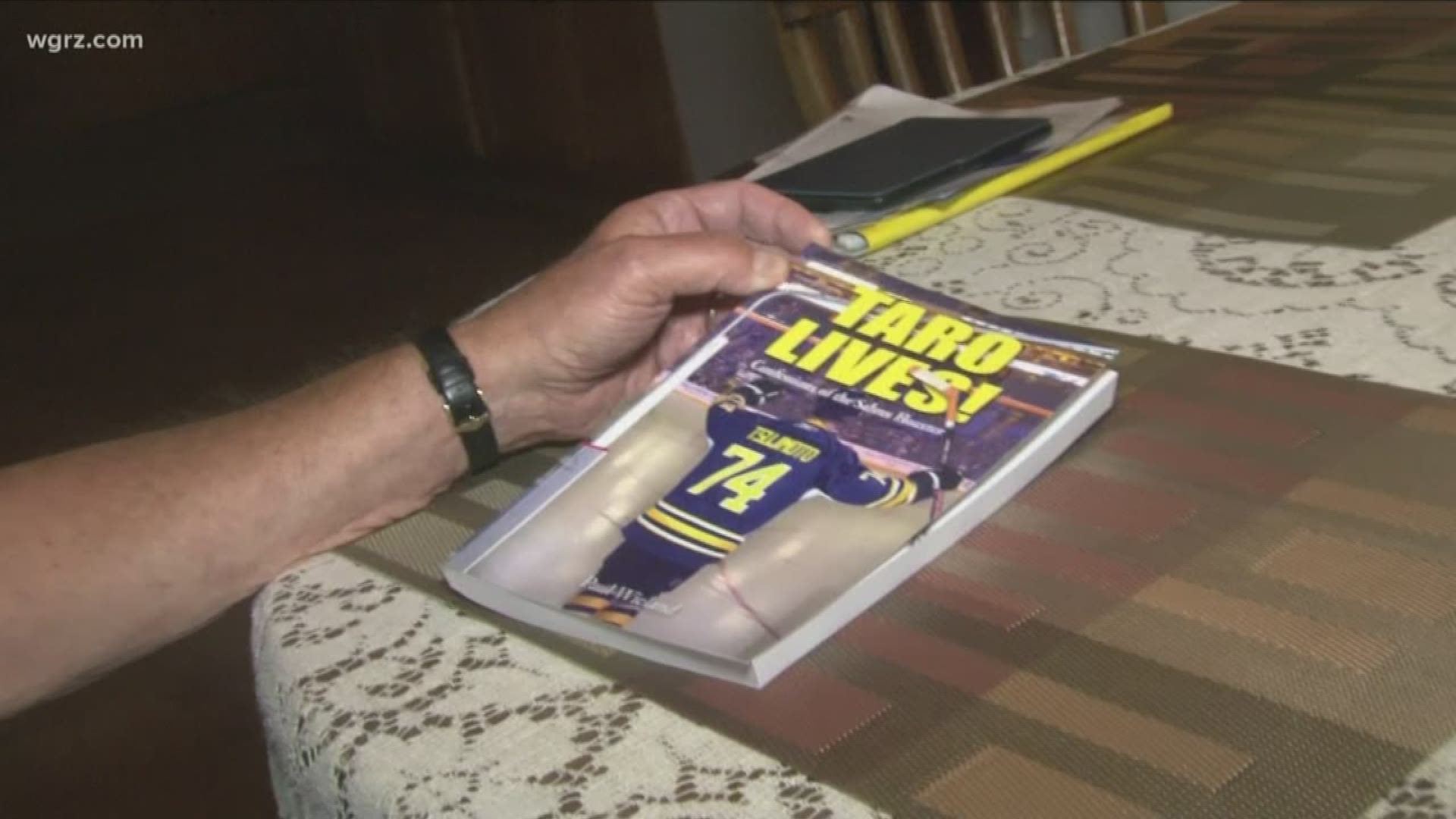 BUFFALO, N.Y. — In 1974, the Buffalo Sabres shook the hockey world with a draft pick that went down in history as one of the greatest pranks in sports history. It was the brainchild of Sabres management—original marketing man Paul Wieland, in particular.

To lay the groundwork for the hoax, the NHL was worried about player tampering from a competing league called the World Hockey Association. To keep the WHA from stealing prospects, they changed the draft process. Instead of a regular draft where every team management team would sit at tables in an arena, and call up each player to the stage, they decided to do it by telephone. Each team would get the players selected read to them by League President Clarence Campbell individually, then make their pick.

It was a pain-staking process says Wieland. "And the draft went into, like, two days… And remember, it was total boredom because you couldn't hear anything until your turn comes and they announce the names."

Wieland and GM George "Punch" Imlach decided to have a little fun to pass the time.

"I said, 'Why don't we draft somebody strange?' and Imlach says 'What do you mean?' And I say, 'I don't know, how about a Japanese player?'"

Yes, just for fun, they made up a player, and a back story.

They began with a name, Tsujimoto. Wieland remembered the name of a farm and garden story he would pass on his way to St. Bonaventure when he was a student. Then they called the store owner, Joshua Tsujimoto.

His son Paul remembers the day when that legendary call came. "My dad called me to the bottom of the stairs for dinner and as he called me he says, 'Hey, I just got a call from the Sabres,' and I said, 'Oh, what did they want?' He said, 'They wanted to know what a Japanese boy's name is and what is the Japanese term for Sabre."

And so in the eleventh round, with the 183rd pick overall, recalls Wieland, Punch Imlach tells Campbell, "The Buffalo Sabres select from the Tokyo Katana's—Katana meaning Sabre—Taro Tsujimoto. Well, he had to spell that for Campbell, and that's what we thought was funny. And then we knew that Campbell had to give it to all other teams in the league and he'd have to go through it; Buffalo selects Taro, T-A-R-O, and all these scouts are going through their books looking for a Japanese hockey player."

The world bought it, the NY Times included, and the name was carried in the NHL record book for many years. It is now listed merely as an invalid pick.

Wieland, in the meantime has just released a book called "Taro Lives" about the wheelings and dealings that made Taro part of Sabres' history.