Howard not only portrayed Santa flawlessly, he opened a school to make sure others did as well. 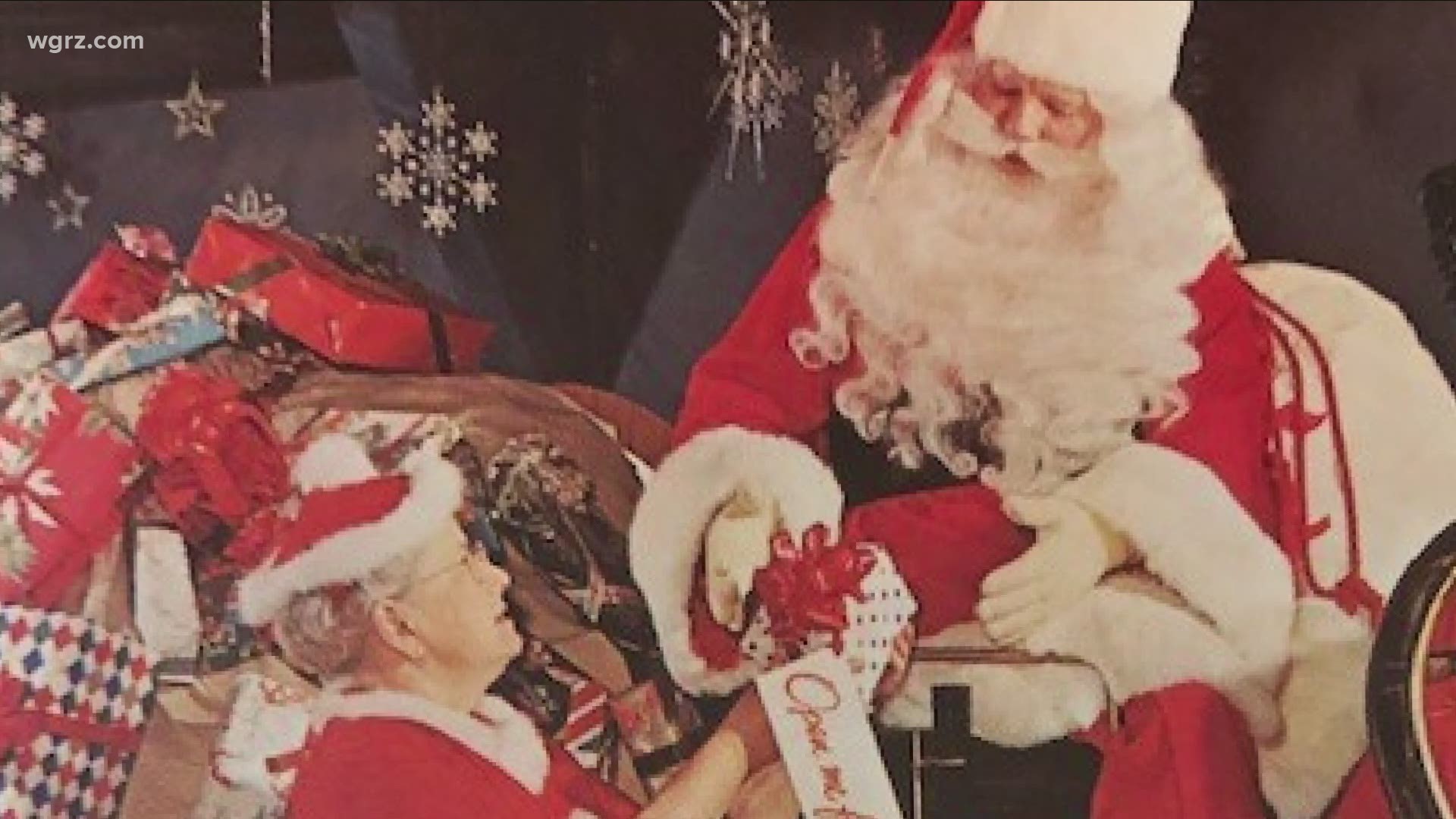 ALBION, N.Y. — For Jane Holland of Williamsville, Christmas has always been a special time, because of her grandfather. Her home movies tell the story of an American classic. "His character, really, his inside character is really what has stayed with us as a family." It is a piece of Americana, created by the mind and goodness of her Grandfather, Charles Howard. "He said Santa doesn't enter through the chimney, he enters through the heart."

In Albion, his legacy lives on in many ways, as it does across the nation. Orleans County Historian Catherine Cooper says he got his start in a Rochester department store. "His first job as a Santa Claus was with McCurdy's. He didn't like what he saw with the other Santas. He thought they were unprofessional."

To Charlie, Santa Claus was more than just a department store marketing ploy. "He truly believed Santa Claus should be perfect for children because he is the expression of love and givingness." So, Cooper adds, he did something about it. "He started a Santa Claus school and as you can imagine, people thought he was crazy."

But Charles Howard proved them wrong. He started the Santa School in 1937, at his home and farm in Albion, a historic marker stands out front today. Soon after he converted the farm into Christmas Park, a bit of holiday magic in the heart of Orleans county. The park attracted as many as 80,000 visitors a year. He kept appearing in stores during the holidays, moving from Rochester to Buffalo's A,M & A's. Then he hit the big time, in 1948 he became the Santa in the Macy's parade in New York City. He portrayed the jolly old elf in the Macy's Department store and at private functions for the Macy family. He even served as a technical advisor on the movie miracle on 34th street.

He was Christmas personified. In 1937 Charles Howard opened a Santa Claus School and Christmas Park in Albion. The park grew to greet 80,000 visitors a year at one point. The Unknown Story of Charles Howard and the Santa School, this morning on #Daybreak @WGRZ pic.twitter.com/NxNtIFSISy

Charles Howard passed away in 1966, the park closed, but the school continues to this day in Michigan. Ken McPherson has attended several times.
"The year I graduated from high school my aunt gave me the tuition money to go." Ken says that Howard may have started a Santa school, but in many ways, because of his character and giving spirit, Charles Howard, by many accounts, was Santa Claus. "Charlie always said to be Santa Claus is a privilege not a job."