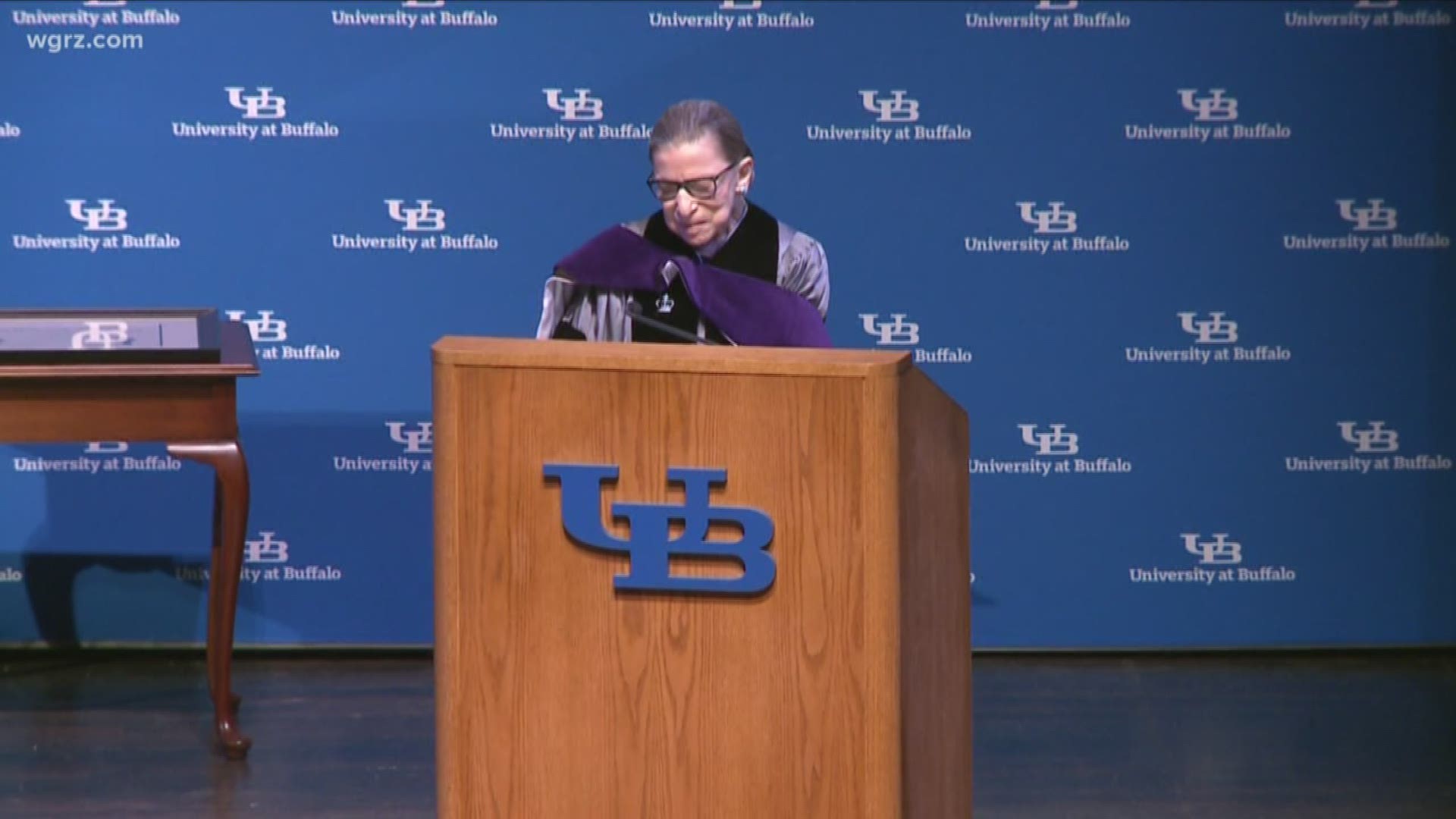 BUFFALO, N.Y. — Ruth Bader Ginsburg walked onto the stage at the University at Buffalo Center for the Arts on Monday morning, and was welcomed with a standing ovation.

The ceremony to confer an Honorary Doctorate in Laws on the 86-year-old, besides being historic for the university and SUNY school system, had even more meaning considering a recent announcement by that the U.S. Supreme Court last week, concerning her health. This summer, Justice Ginsburg had completed three weeks of radiation treatments for a tumor on her pancreas.

"We're really fortunate to have her here on the first day of classes," said UB President, Satish Tripathi, in an interview after the ceremony.

Ginsburg's visit to UB was historic in that it's the first visit to the campus, and the first SUNY honorary degree for a U.S. Supreme Court Justice.

"I am proud to be affiliated with the University of Buffalo and its law school," said Ginsburg during a brief speech. "Thank you so very much."

Wisbaum had invited Ginsburg to Buffalo hoping to help facilitate the visit and ceremony. But Ginsburg's former classmate and long-time friend passed away in December.

"This occasion is both is both a joy and a sorrow for me," said Ginsburg.

The Associate Justice of the U.S. Supreme Court took office in 1993. She was the second woman appointed to serve as a judge in the nation's highest court.

During her speech and in a follow-up Q&A with UB School of Law Dean, Aviva Abramovsky, Ginsburg talked about her career in law, fighting for social justice and gender equality.

The final question of the afternoon was if Justice Ginsburg had any advice for the law students in the audience. She said to have patience, compassion, and a willingness to listen and learn.

She added, "It's important to realize that law is not some kind of abstract exercise. It affects real people, and judges should be cognizant of how the law affects the people that the law is meant to serve."

You can view the full ceremony and Q&A below: 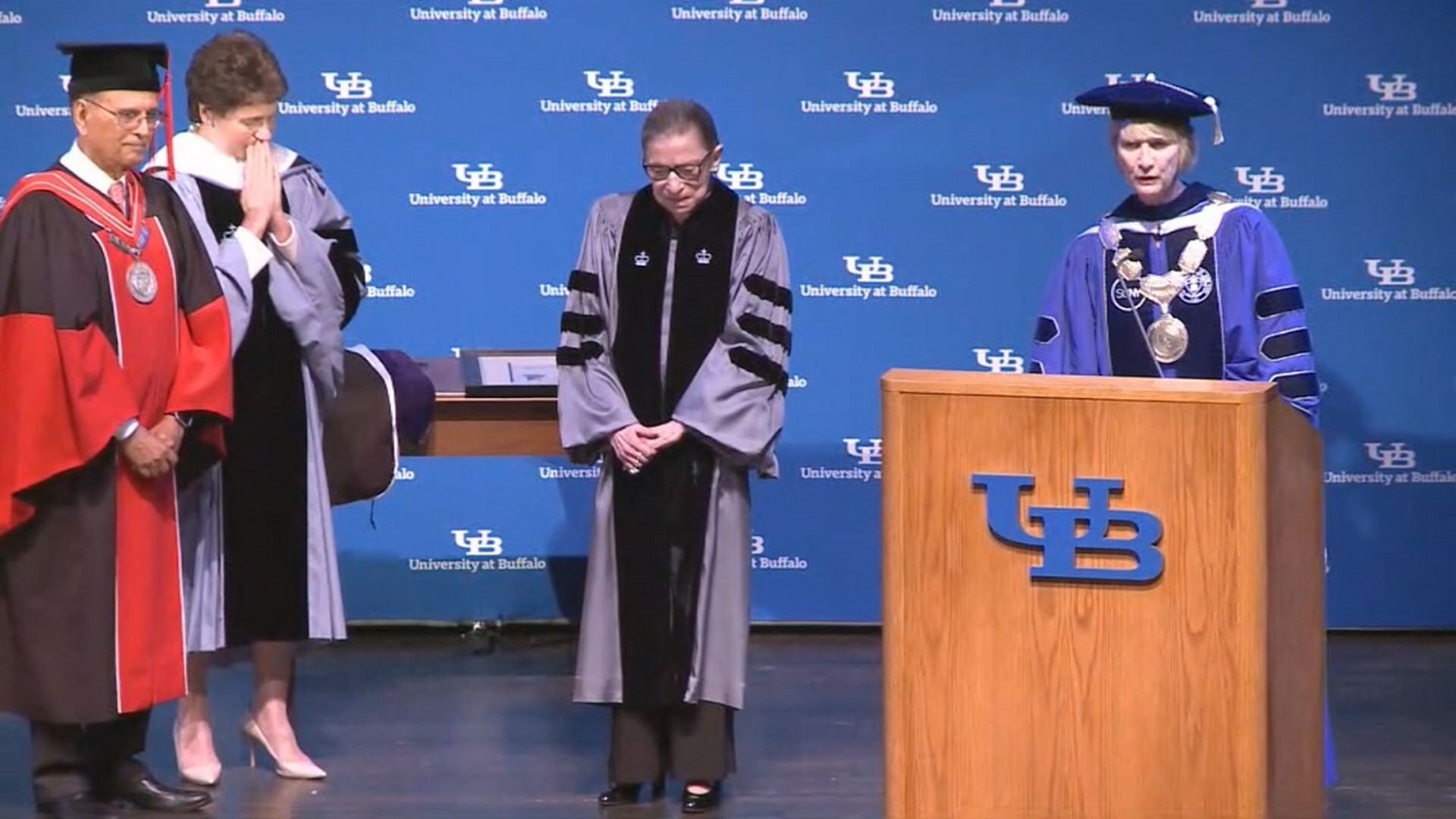 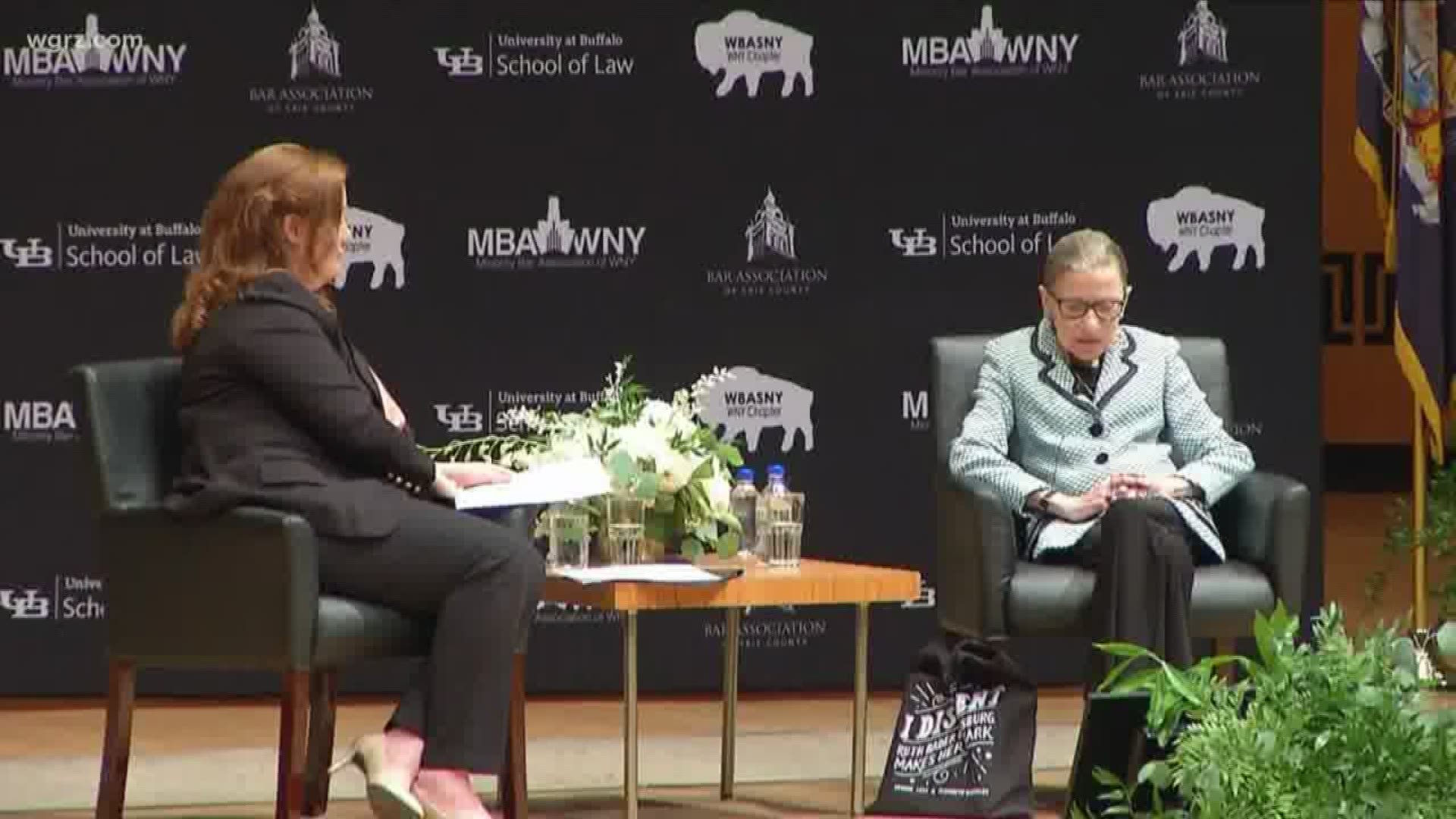