Executive Mark Poloncarz says spending is at an all-time high, while his political opponent, Legislator Lynne Dixon, argues more needs to be spent. 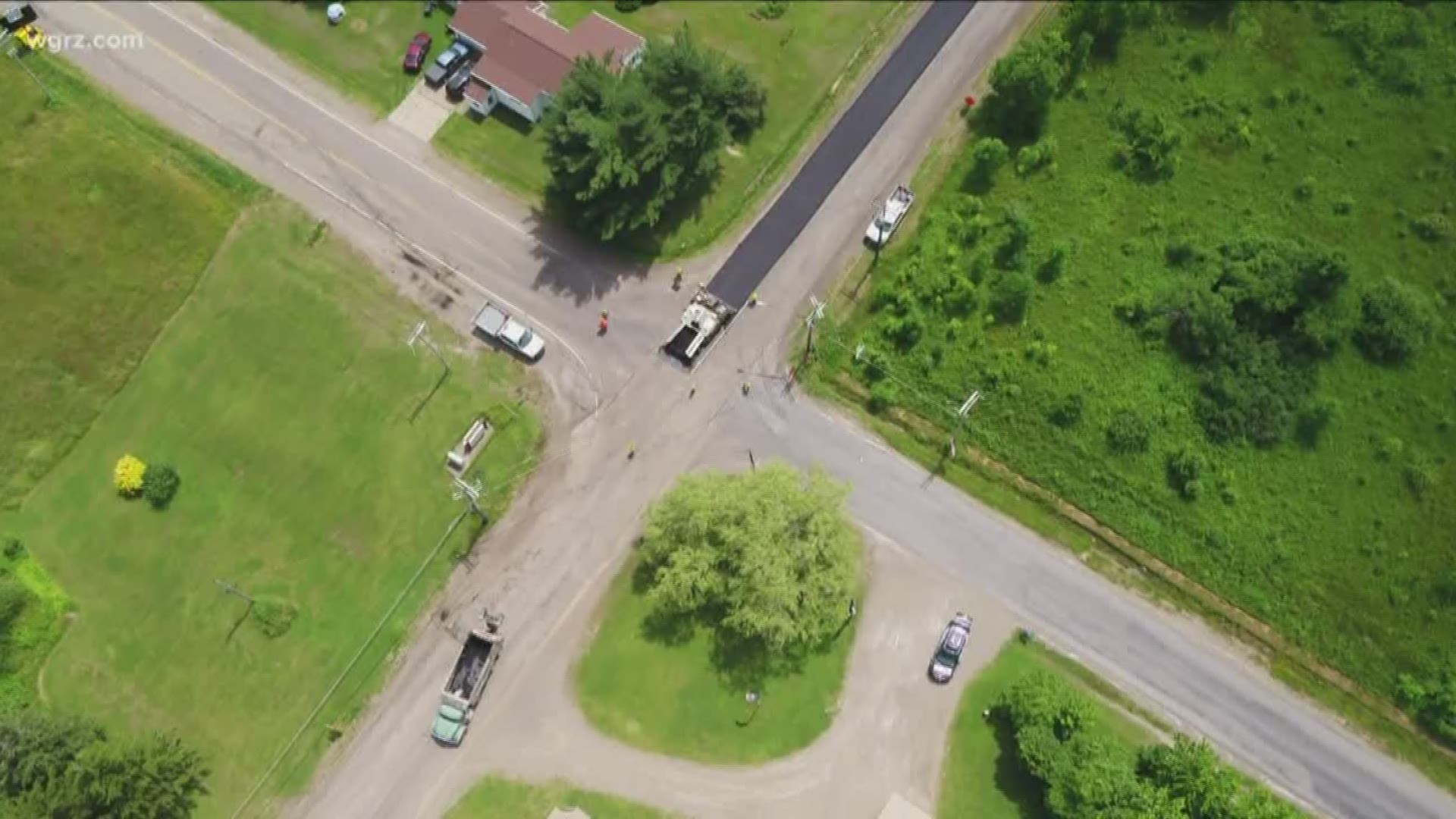 BOSTON, N.Y. — This summer Erie County hopes to complete more than $41 million in road and bridge construction, the most in many years.

The county executive says it shows his commitment to improving infrastructure, but his challenger in this November's election says it's not nearly enough.

Since 2016, spending for county roads and bridges has risen each year, and since he took office, County Executive Mark Poloncarz, a Democrat, says the investment tops $400 million.

Credit: WGRZ
The sections of roads highlighted in yellow mark about 60 total miles of paving projects across Erie County expected to be completed for 2019. In addition to this, crews will "oil and chip" another 120 miles throughout the county.

Poloncarz is quick to point out the county has almost 2,400 lane miles of roads (almost 1,200 "centerline" miles). That's more than the entire states of Hawaii, Rhode Island and Delaware.

The challenge is enormous due to the county having so many miles of roads under its ownership.

WEB EXTRA: Watch the video below to see WHY Erie County is responsible for so many roads. 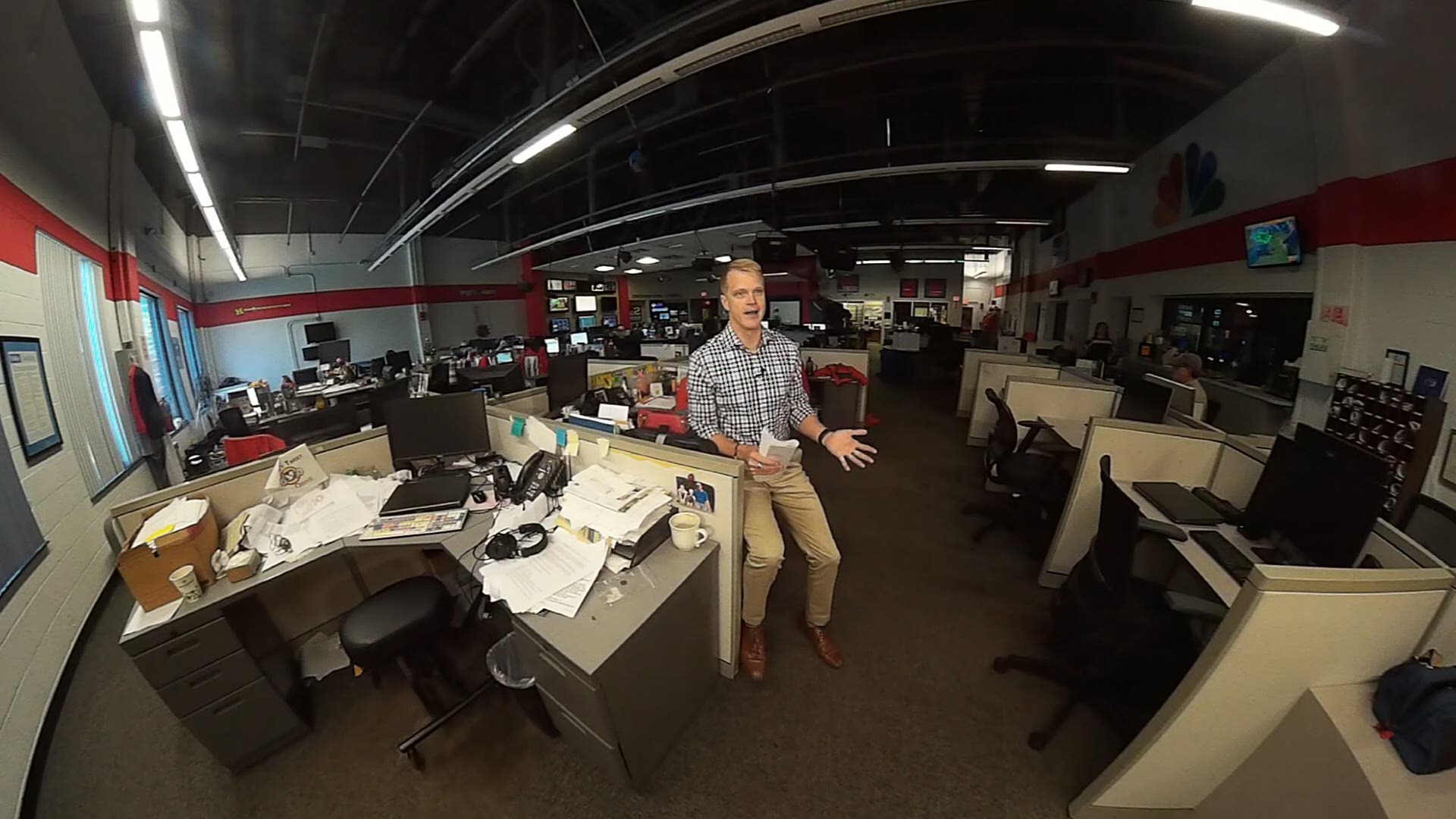 County Legislator Lynne Dixon, who is registered with the Independence Party but is also running as a Republican, said spending needs to increase even more.

The county ended the most recent fiscal year with a surplus of more than $40 million; however, much of that money will go to ECMC to balance the books between the county and the hospital. Still, Erie County had about $14 million to spend after everything was paid.

Dixon says a good chunk of that money should have gone to roads and bridges; instead, it was carved up into many different areas, including the Albright-Knox Art Gallery, the Botanical Gardens and poverty programs, among others.

So where would Dixon find money now to pay for more road construction?

"We have a fund balance that we are sitting on," Dixon said, who points out the Erie County Fiscal Stability Authority (which was put in after the 'Red/Green budget crisis') only requires 5% of the budget be set aside in a savings account. That works out to around $85 million.

Right now, the county's surplus is around $130 million, according to Dixon.

"Why we have so much over and above that, I don't know why," Dixon said.

Poloncarz pushes back, saying the savings account is important to maintain to keep a good credit rating and avoid another budget crisis.

"If you want to go back to the days of the 'Red/Green Fiscal Crisis', then it sounds like my opponent is the person that you should be voting for," Poloncarz said. "If you want strong, stable government with finances that are AA rated right now by the credit rating agencies, then you want more of the same of what I've done."

Dixon argued you can keep the county's finances healthy and fix more roads, but how much work can get done in a Western New York summer?

"Have we maxed out what can get done?" 2 On Your Side's Michael Wooten asked Poloncarz and his deputies.

"Yeah, we're getting to a point where we can't really spend that much more based on the seasons that we have," Poloncarz answered.

The current administration says -- beyond money -- there are three limitations on how many road and bridge construction projects can get done: the length of the paving season, the size of the Highway Department staff and the number of private contractors bidding for projects.

"Why would it make sense to say we're going to spend $65 million when we don't have the capability of doing it, because we can't do it in-house, and we can't hire enough contractors to get it done when we're talking about a short season," Poloncarz explained.

Both candidates acknowledged infrastructure and the condition of county roads will likely be a key issue in the November election, and each offers a competing plan with how to move forward.

This summer, Buffalo will look for a 'pothole czar'