Even as negative windchills gripped the Washington area, sentinels from the nation’s Old Guard watched over the tomb 24 hours a day, each standing guard for one hour. 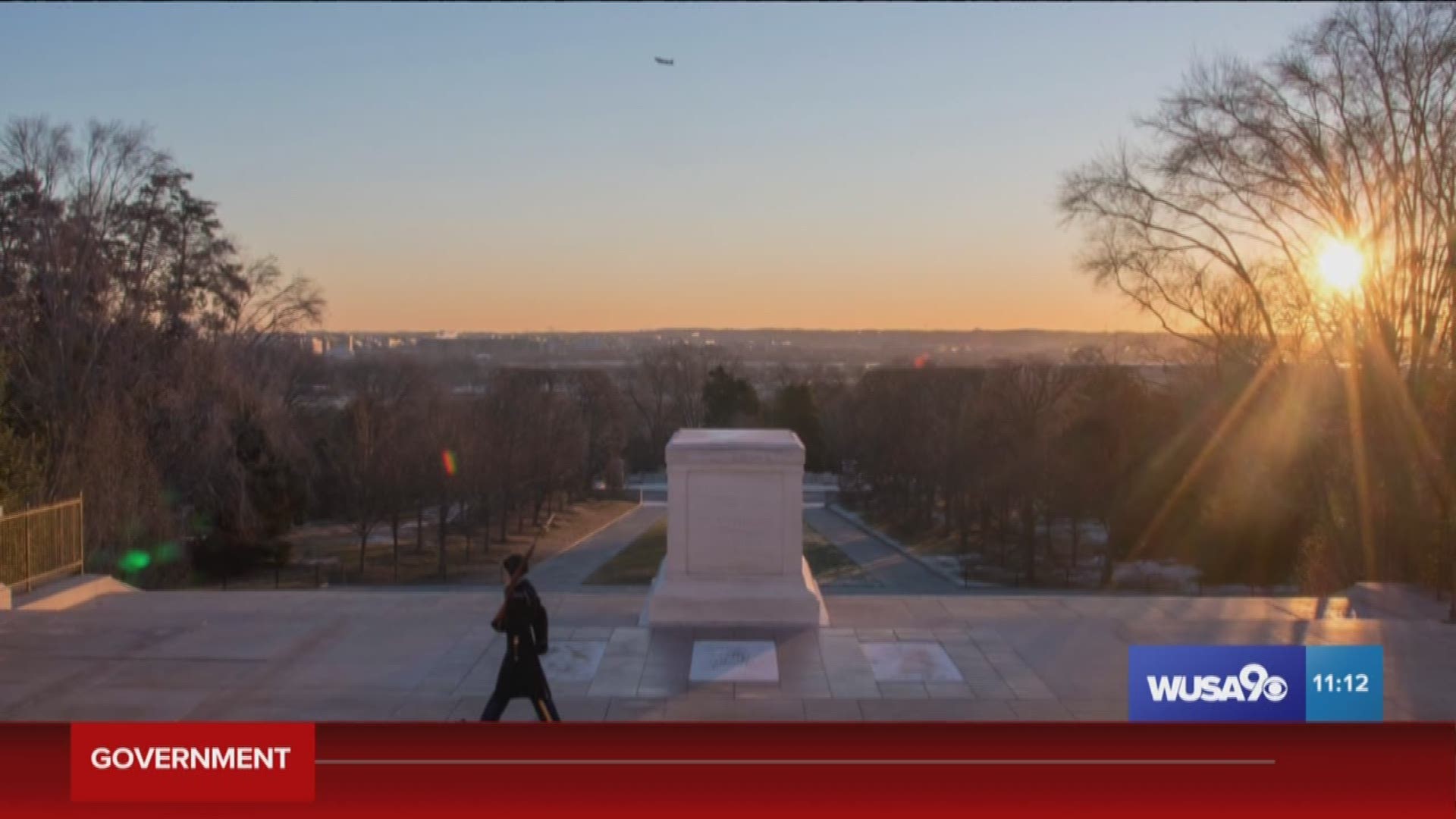 WASHINGTON — As a deep freeze took hold at the Tomb of the Unknown Soldier, precision in plunging temperatures remained remarkable, with the changing of the guard uninterrupted by the bitter blast.

Tomb guards from the 3rd U.S. Infantry Regiment protect the sacred site, performing a watch that has gone uninterrupted for four generations.

Even as negative wind chills gripped the Washington area, sentinels from the nation’s Old Guard watched over the tomb 24 hours a day, each standing guard for one hour.

The discipline involved in sub-freezing sentinel work is astonishing -- steam from breathing is seldom seen, because mouth-breathing is simply not allowed. Ceremonial countenance must be kept at all times.

Hand warmers cannot be worn underneath leather gloves. Watches in the elements may extend up to two hours during winter overnight hours.

Yet sentinels endure the cold, so the nation’s promise of reverence and remembrance may also endure.

"They didn’t only give their lives, but, they also gave their identities," Martinez said. "They don’t owe us or this country anything at all. It’s us a tomb guards who owe them absolutely everything."