The snow and ice make for additional rules when it comes to travel and property maintenance. 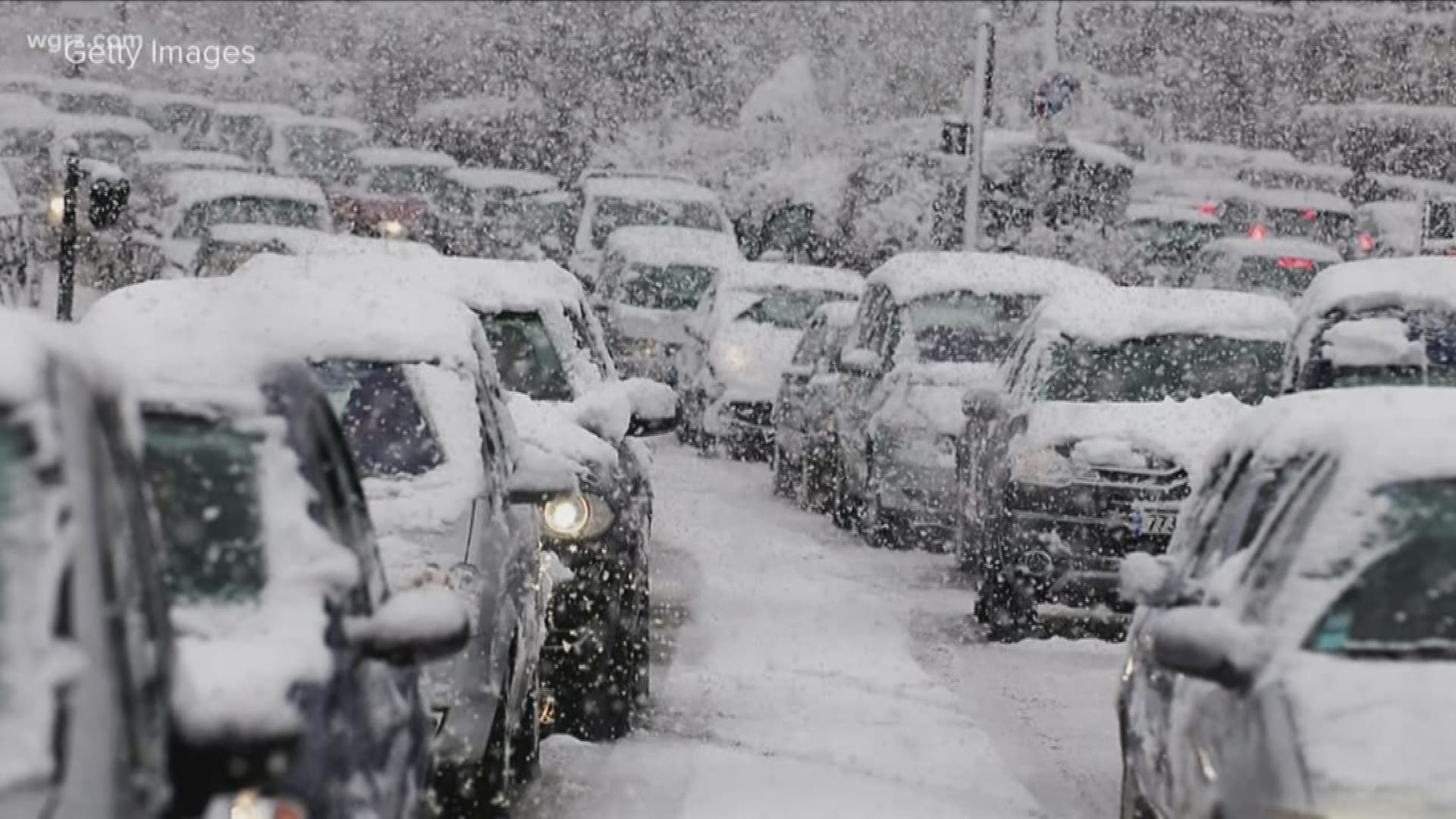 ERIE COUNTY, N.Y. — It's no secret that Western New Yorkers are used to winter weather, but no matter how long you've lived here, you may be surprised by what kinds of things you can be ticketed or fined for.

The rules pertaining to snow and ice are meant to make the roads and neighborhoods as safe as possible.

Take cleaning off your car for example. If you're driving with a vehicle that's covered with snow or ice, that could catch the attention of a law enforcement officer.

Trooper James O'Callaghan says not brushing off your car can oftentimes lead to accidents with other vehicles.

"They're gonna be the ones that are gonna get in a collision," he said. "You are looking at traffic tickets, numerous traffic tickets depending on if your headlights are covered. That means you're getting a ticket for that.

"If your brake lights are covered, ticket for that," O'Callaghan said. "Any sort of windshield issues, obstruction of view."

O'Callaghan says one of the biggest concerns is snow left on the roof of your vehicle that could come off while on the road.

The penalty can vary based on the severity and in some cases even the type of vehicle.

"If the snow comes off a tractor-trailer, hits a vehicle, and hurts or injures or kills anyone in the following vehicle, you're looking at a penal law charge, which is a lot different from a traffic ticket," O'Callaghan said. "You could serve not only with a fine but also jail time."

Another issue that arises in the winter is people leaving their car running with the key in the ignition in an effort to defrost the vehicle.

O'Callaghan says that could be a problem too depending on where you're parked.

"There's a good chance that your vehicle could be stolen or at least broken into, some sort of malfunction, but it is illegal to let your car run sitting at any public highway," he said. "So ultimately what it comes down to is you can do that in your driveway, but not really on the roadway."

When it comes to shoveling snow, different municipalities have different rules, so you'll have to check with your town, city or village. Failure to remove the snow on the sidewalk in front of your property in certain communities could also cost you.

Lastly, the potential for more dangerous travel is a reminder of New York's Move Over Law, which applies to drivers year-round. The law requires motorists to slow down and safely move over when approaching emergency or hazard vehicles that are stopped along roadways across the state.

According to the governor's office, New York State Police issued more than 13,000 Move Over Law violations in 2018.

O'Callaghan says when it comes to winter travel, safety for everyone on the roads is a top priority.

"It's no surprise," O'Callaghan says. "You look out the window, you watch the news, you know the weather. It is winter. It is Buffalo. Leave yourself the time."

RELATED: Heather’s Weather Whys: Can it be too cold to snow?