People who are E-ZPass customers had their license plates read instead of the tag, leading to a significant overcharge. 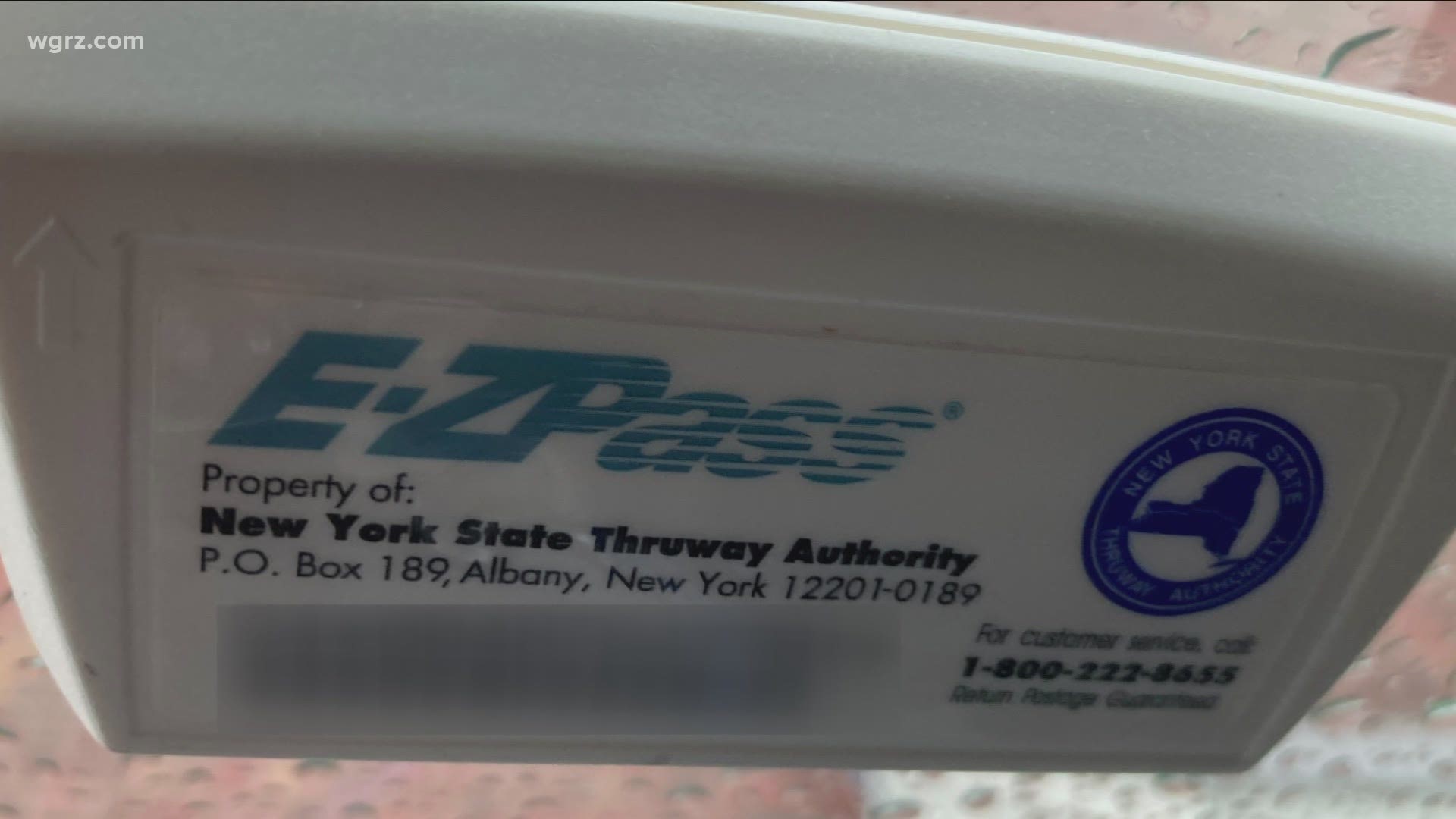 BUFFALO, N.Y. — 2 On Your Side has heard from more of you, the viewers, about overcharges and other problems with the E-ZPass cashless tolling system for the New York State Thruway.

The system went totally with the electronic tolling at the beginning of the year as planned by Gov. Andrew Cuomo. 2 On Your Side has been looking for more answers in a frustrating problem which we have seen before.

It began in April, according to the Thruway Authority, when its Exit 55 E-ZPass tag readers on an overhead gantry at the former toll barrier site failed to pick up some customers' E-ZPass tags on their windshields.

People who are E-ZPass customers had their license plates read instead of that tag, leading to a significant overcharge. For example, $3.87 for a normal 13 to 15-cent toll.

A Thruway Authority spokesman told us in June it was immediately repaired and customers could contact E-ZPass to remove those charges.

But we have learned of some new twists with this frustrating situation. E-ZPass customers tell us they are getting the runaround as they seek answers. For example, Matt got a $58 charge in additional fees for an issue with a 15-cent toll in a Toll by Mail bill he got by mail, even though he is a regular E-ZPass customer. He recounted for us his exchange with an E-ZPass customer service representative, for which he says he waited for over an hour on the call center line.

"You're charging me for a 15-cent toll what equates to at that point $58. I'm not doing it. I have E-ZPass, I have the reader. If you have a problem with your reader, that's you're problem, not mine. Go fix the reader."

Matt says the representative then said she would remove most of the fee, but he would still have to pay $10 to $12 to clear his account for what was originally again just an error with a 15-cent toll. He says the matter has not been resolved.

Then another regular E-ZPass customer, Eric, told us he got a violation letter in late June for supposed December violation issues at both Exit 55 and the Grand Island Bridges, with late fees running up to $100. He says they have a credit card replenishment account set up.

Eric, who says he really wants to resolve the matter, then tried multiple times but could not get through on the phone with a disconnect at the number listed on the letter. He says, "We couldn't get ahold of anyone online or via the phone to even try to pay it or ask a question. We just want to make sure that we're paid up."

We looked back and found similar issues happened in 2018 when the Grand Island Bridges and the then Tappan Zee Bridge (now the Mario Cuomo Bridge) first went cashless.

Back then the New York State Thruway Authority claimed the problem was its third party vendor Conduent for E-ZPass accounts. They said in 2018 there were problems. And despite some lawmakers calling for a cancellation of the contract back then, it was actually renewed for three years in a vote by the Thruway Authority Board of Directors.

That same firm Conduent is still used by the Thruway Authority on Thursday and just got an eight-year contract renewal in June. Another vendor was hired by the Authority as well.

Now Republican State Senator George Borrello, who is also trying to help a constituent, told us he will try to get answers, but it will not be easy.

"We absolutely should look into this," he said. "But this, the whole authority system, is just so shrouded in secrecy, and it's difficult for us legislators to find out any information."

A Thruway Authority spokesman did send an email response Thursday afternoon saying that credits were made to affected accounts between June 26 and June 29.

He adds this statement: "We are committed to working with every customer and issuing the proper credits. The Authority has identified the vast majority of E-ZPass customers impacted by the technical error that occurred at the Lackawanna gantry in April and has issued the proper credits. Some E-ZPass customers who did not have their license plates listed on their accounts, as is required, may not have received the credit or received a bill in the mail. All customers are encouraged to check their E-ZPass accounts online at www.e-zpassny.com or the TollsNY mobile app. Impacted customers can contact the E-ZPass customer service center at 800-333-8655 or by emailing public.info@thruway.ny.gov if they notice any discrepancies.”

We at 2 On Your Side will continue to follow up to see if customers did get such credits and ask more about the extended use of Conduent. 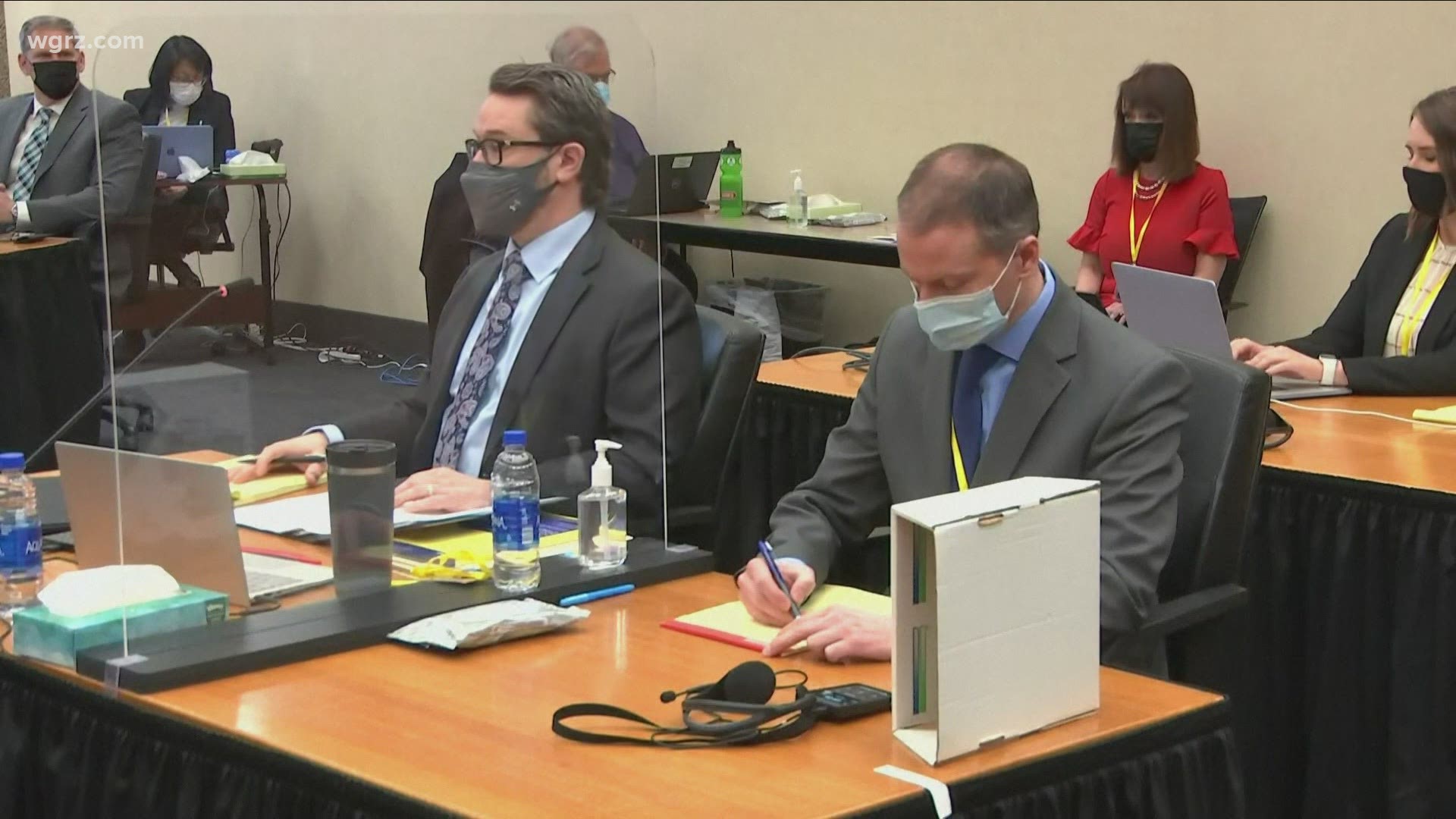