Taken For a Ride: Many motorists continue to contact 2 on Your Side claiming they weren't sent bills for several months, resulting in hundreds –sometimes thousands of dollars, in late fees. 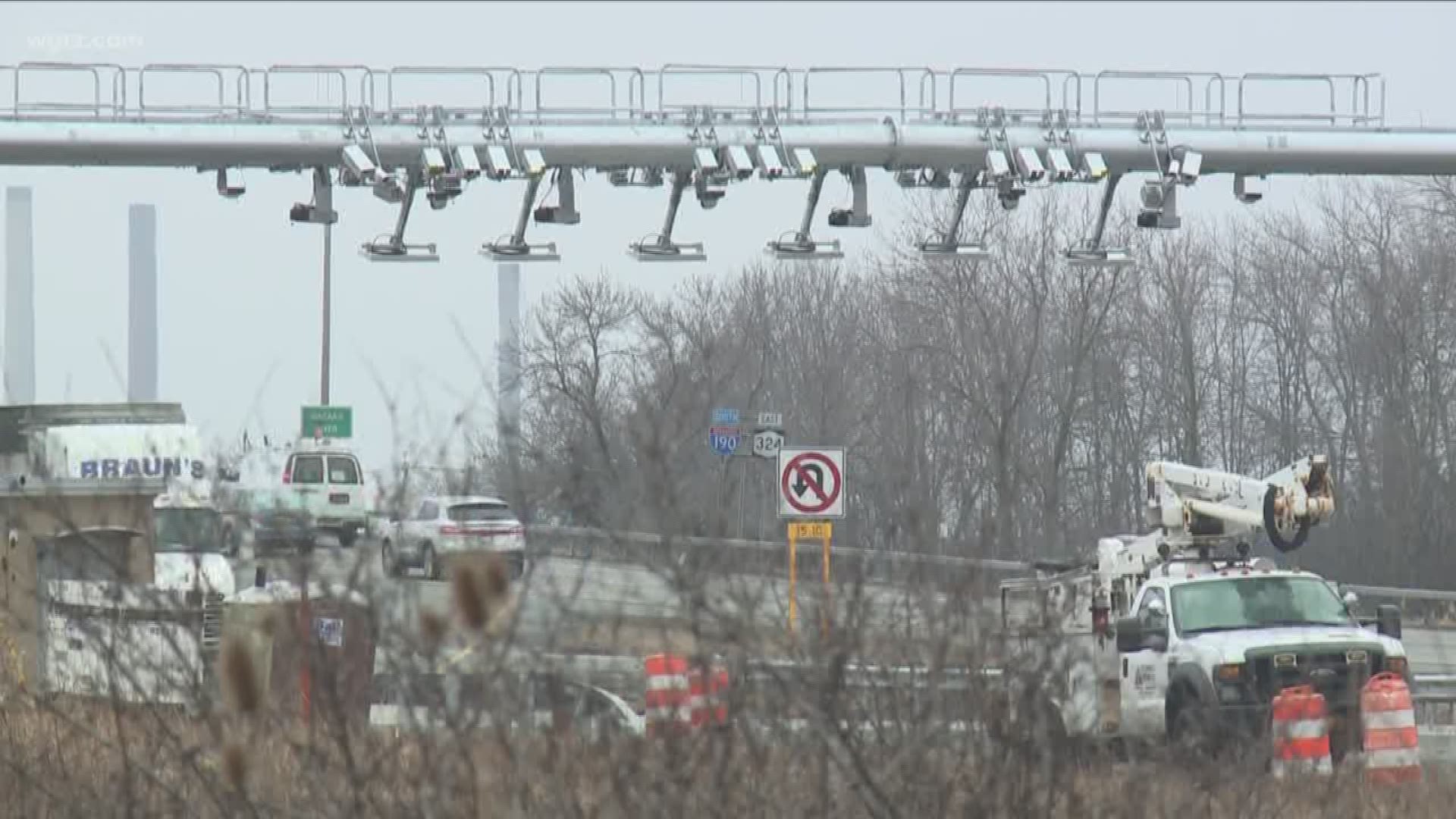 BUFFALO, NY – “It’s ridiculous. It's crazy," said C.J. Krzanowicz of Cheektowaga, regarding a recent invoice he received after passing through Western New York’s first cashless tolling system, which was put on line this past spring along I-190 on Grand Island by the New York State Thruway Authority.

For now, Krzanowicz owes $153 for three trips he made to Grand Island in May. Three $1 toll fees, plus late payment penalties totaling an additional $150.

Taken for a Ride

Krzanowicz is one of the many motorists who have contacted 2 on Your Side claiming they weren't sent bills for several months, resulting in hundreds –sometimes thousands of dollars, in late fees.

“I can understand a late fee, but they’re trying to charge me a $50 late fee on a $1 toll? That’s more than they charge for loan sharking,” Krzanowicz said.

NYS Assemblyman Sean Ryan (D-149th District) recently told 2 On Your Side his office has been “inundated” with similar complaints from motorists about the problems that persist with the cashless toll system here.

“New York State bought a cashless toll system from this vendor called Conduent and guess what? It's not working, " Ryan said.

Conduent, is a company that's come under fire for malfunctioning systems in Florida, Texas, Maryland, California, and in New York, where even before their system was installed on Grand Island, the Thruway Authority experienced problems at the new Tappan Zee Bridge.

Despite having to create an amnesty program, absolving 281,000 motorists of $1.4 million in errant fines, the Thurway Authority still hired Conduent to do the job on Grand Island, with the Thruway director assuring us things would be different.

A Conduent spokesperson declined comment for this story, referring our questions to the Thruway Authority.

Neil Franz, the company’s Director of External Communications for Government & Transportation, instead sent along a link to information which notes it is the customer (in this case the Thruway Authority) which sets the rates and the fine schedule for missed payments.

Thruway Authority spokesperson Jennifer Givner noted the late fees are in line with those established by other tolling agencies, and are only assessed to the degree experienced by Krzanowicz and others after 90 -100 days of non-payment, by which time a motorist would have received a third notice of delinquent payment.

While not acknowledging that there's any widespread billing problem, Givner offered the following tips to motorists to avoid late fees.

First, make sure your address is current with the Department of Motor Vehicles. The address on file with the DMV is the one used to send bills. Givner indicated that one of the largest factors involving accruing fines is that motorists have failed (as they required by law) to notify the DMV of their new address within ten days of moving.

Second, don't wait to be billed. You can go online, punch in your license plate number, and pay immediately after you travel through a cashless toll, before a bill is even sent.

Krzanowicz acknowledged that he had changed residences a few months ago, but claims that he provided his new address to the DMV. In addition, he said he registered with the post office to have his mail forwarded to his new home, and also has informed delivery, which sends him emailed images every day of the mail being sent to him.

“So if they’re telling me that I got two previous bills, I should have seen them somewhere down the line since May," said Krzanowicz, insisting- like many others- that the 3rd notification was the first they ever received.

According to Givner, motorists who use cashless tolling but claim they have not received a toll bill should contact the Tolls by Mail customer service center at 1-844-826-8400 immediately to address the issue, and avoid any fines.

EZ-Pass not an easy solution for many

“We continue to urge costumers to sign up for E-ZPass – the easiest and most affordable way to pay tolls, said Givner in an e-mail.

Indeed, many of the complaints we’ve received involve those who do not have an EZ-Pass, and rely on receiving a bill later.

However, motorists we’ve spoken to resent the suggestion that they should be “strong armed” into buying an EZ-Pass plan when their travels take them to Grand Island only occasionally.

They have suggested that the Thruway Authority seek to re-install at least one “cash” only toll booth.

That’s not in the cards, according to Givner.

“Leaving a toll booth or a cash lane at the Grand Island Bridges was not considered as part of our transition to cashless tolling because it was not realistic and simply not safe. It’s not practical to have a pull off lane for cash customers which would routinely back up with traffic and cause congestion – the very thing that cashless tolling alleviates,” she said.

“The Thruway Authority continues to hold Conduent accountable for providing the highest standard of service and a better experience for its customers,” insisted Givner. “Conduent has faced penalties for not meeting performance standards and will continue to face these penalties if they’re not met moving forward.”

According to The Journal News, the Thruway has withheld nearly a half-million dollars in payments to Conduent for failing to meet customer-service standards.

But that's only a drop in the bucket compared to the $72 million it's paying the company for what many insist is a broken system.

So Much for Transparency

Assemblyman Ryan says he wouldn’t be surprised if state lawmakers seek to intercede in the matter.

However, you'd be hard pressed to see them.

When The Journal News sought to obtain the Thruway Authority’s contract with Conduent through the Freedom of Information Law, the Thruway blacked out several hundred pages of the more than 1,300 page document,

Among the redactions made by the Thruway - at the request of Conduent – was the entire performance standards section of the contract.