Three securities fraud charges against Rep. Collins and his son, Cameron, are not in the government's "superseding indictment." 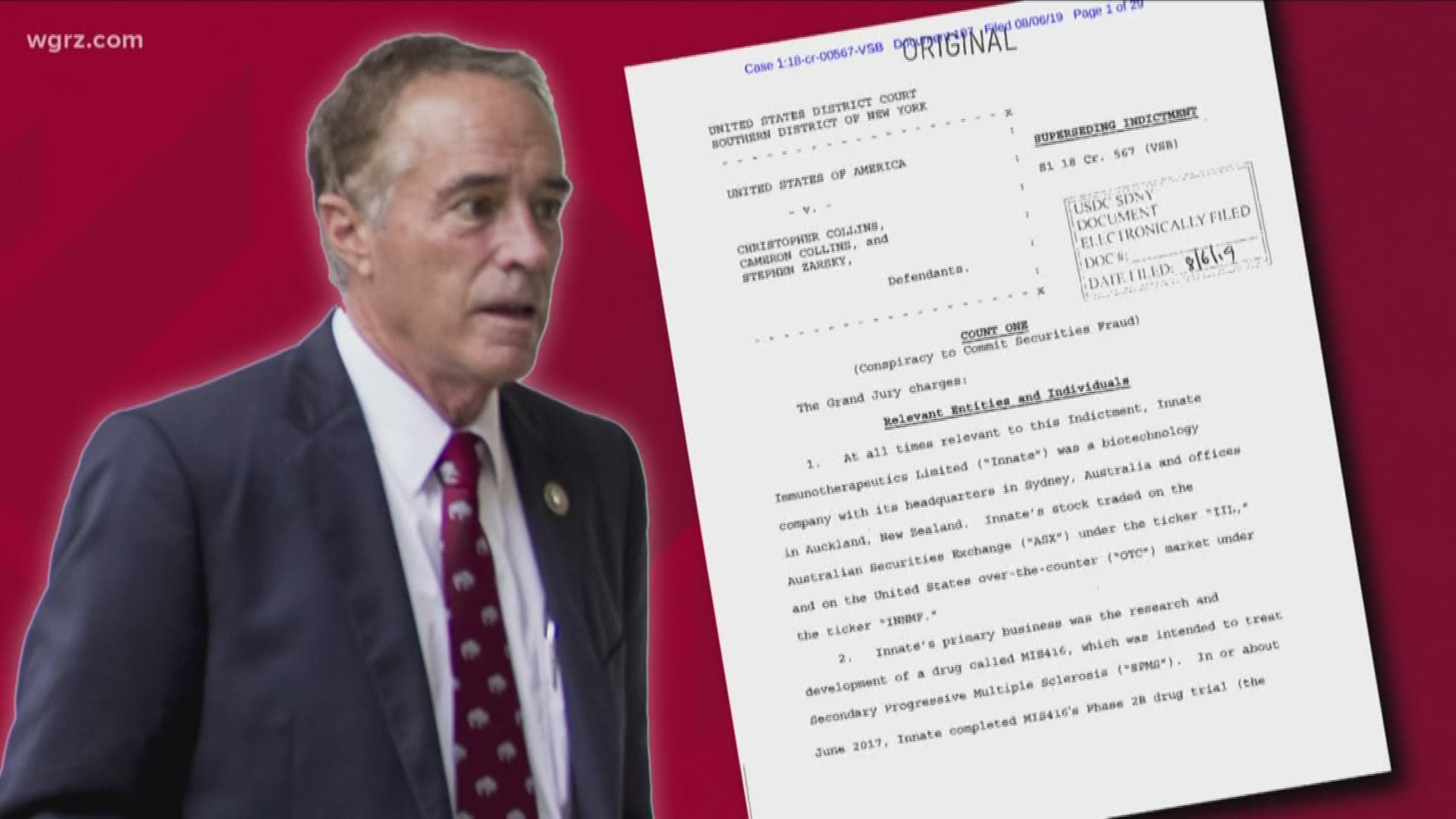 Some previous charges against Western New York Rep. Chris Collins (R-Clarence) were not included in a new indictment filed by federal prosecutors Tuesday.

The superseding indictment — which effectively replaces the previous indictment — drops three securities fraud charges against Collins and his son, Cameron.

Rep. Collins still faces counts related to wire fraud, securities fraud, conspiracy and lying to the FBI. All along, he has maintained his innocence.

This new indictment was first reported by the Buffalo News, which also notes some people formerly called "unindicted co-conspirators" are now only referred to as individuals.

U.S. Attorney Geoffrey Berman submitted a letter to Judge Vernon Broderick regarding the new indictment, "The Government has made these modifications to the Original Indictment in an effort to avoid unnecessary pretrial litigation that could delay the resolution of this matter, including the possibility of an interlocutory appeal. Although the Government continues to vigorously dispute Congressman Collins’s claim that the Original Indictment was tainted by violations of the Speech or Debate Clause, the grand jury presentation that resulted in the S1 Indictment did not include those facts over which Collins has asserted a claim of privilege."

The document continued on to say, "It should be emphasized that in making these modifications to the Original Indictment, the Government does not intend to restrict in any way the evidence that it may rely upon at trial."

2 On Your Side is looking further into this indictment, and will continue to update this story as we learn more information.