This summer, Buffalo will look for a 'pothole czar'

The position will pay $52,000 per year, and the job will focus on pothole repair. 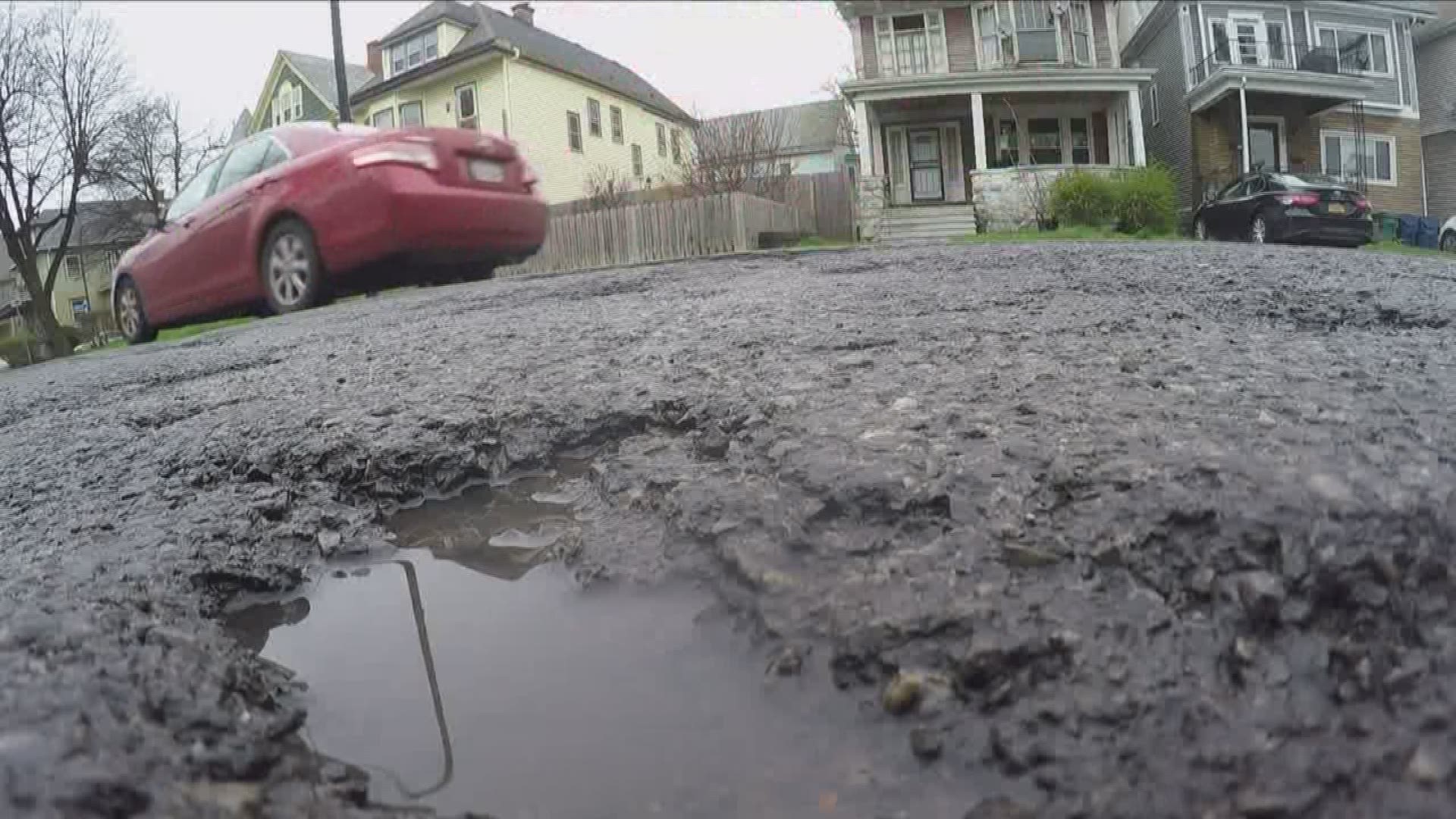 BUFFALO, N.Y. — Think potholes in the City of Buffalo are bad?

This summer, Buffalo Mayor Byron Brown will have a new position to fill — a 'pothole czar' — who will specifically be focused on pothole and sidewalk repair in the city.

According to the city's 2019-2020 adopted budget, there will be a coordinator of infrastructure and repair, a position that will pay $52,000 per year. The job will not be a civil service position, so it does not require an exam.

During the budget negotiation process, council members requested that a person strictly dedicated to addressing potholes be included.

Mayor Brown says that the job will be posted sometime after July 1, when the new budget year begins.

The pothole czar will respond to 311 complaints and coordinate repair. The city is also looking to create software that will allow the city to map potholes across the city, to learn where there are hotspots, and give the Department of Public Works information on whether larger road projects are needed.

2 On Your Side reporter Jeff Preval asked Mayor Brown why a dedicated position is needed and why the department can't just prioritize potholes itself and do a better job of filling them?

"The department can prioritize potholes, we've listed a number of new initiatives to address potholes but this is something that the council thought was important," Brown said.

Mayor Brown says within the next week or so, the city's summer road repaving list is expected to be released. The city says it expects to spend $40 million this year on road projects.