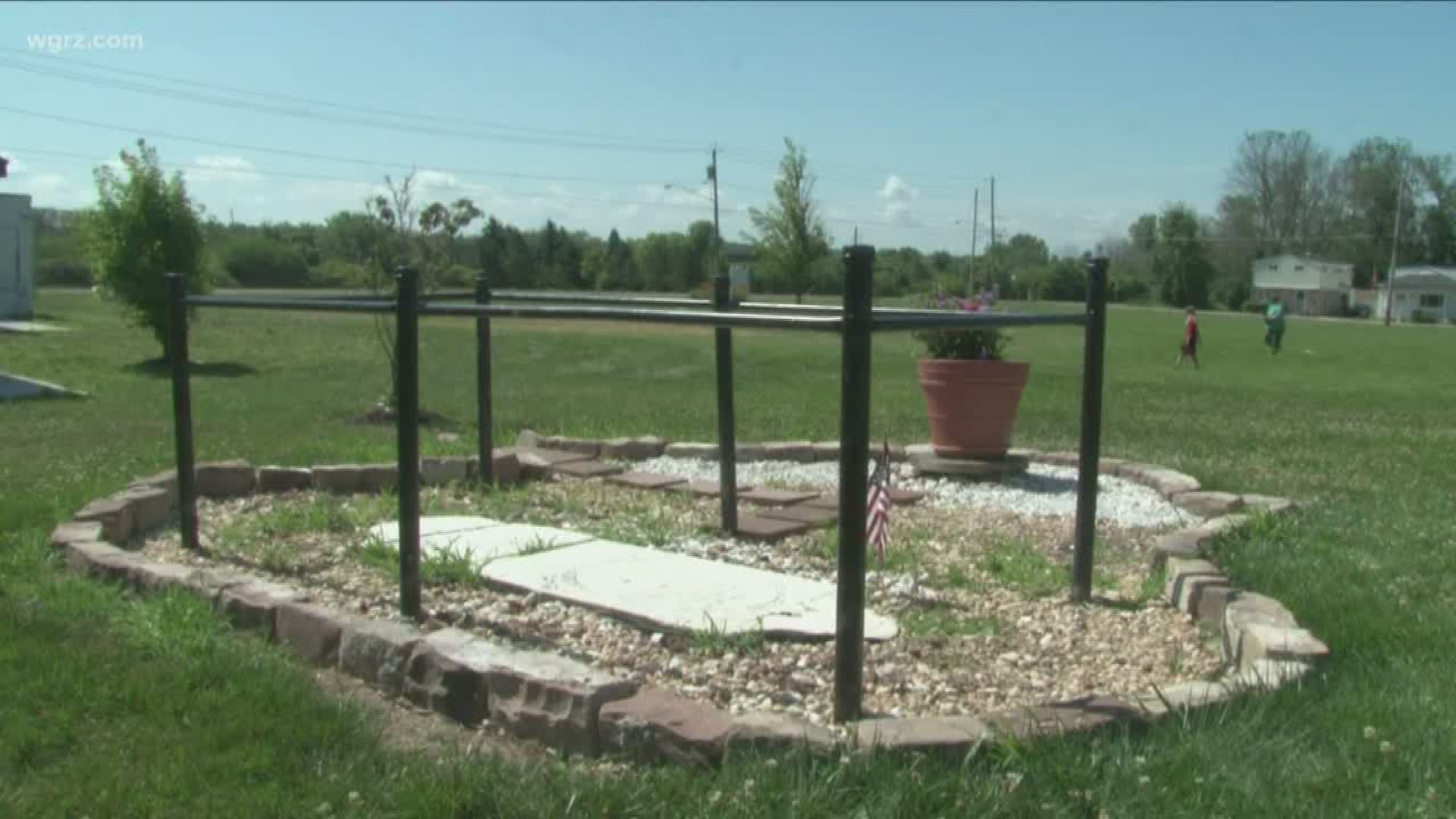 "That grave site has been there ever since... Ever since I can remember."

Joe Baumgarden's father built a house on the lake in Bayview in the 1950s, so he pretty much grew up there. The grave site he is talking about, bearing the name Amos Bird, is right across the street. It sits to the left of the baseball diamond and right near the picnic pavilion. A rail around it was put in place by a neighbor and an American flag is placed next to it every Memorial Day. It is well-maintained, even though nobody is really sure the full story behind why this single stone wound up in a quaint little park.

"Somebody said that it was somebody who got hanged or something because they deserted," says Baumgarden.

It was actually Amos' cousin who was executed. James Bird was a member of Commodore Oliver Hazard Perry's crew and a hero of the Battle of Lake Erie. He was falsely accused of leaving his post, and court-marshaled. To add to the confusion, Amos also served under Perry in the War of 1812.

Hamburg Town Historian Jim Baker has spent years going through the files and trying to sort fact from folktale. "One story is there is nobody buried there, the other story says the only possibility is Amos is buried there." Especially since James is buried in Forty Fort Cemetery in Luzerne County, Pennsylvania.

As far as Bake knows, there has never been any archaeological dig to confirm any theories or to even see if a body lies beneath. But there are stories that have circulated for years. One says that Amos was originally buried near the site where Dos On The Lake stands today. The building dates back to 1805 by some accounts. One local legend says that Amos' original tombstone was damaged when a fight spilled out of the tavern and shots were fired. Some say that Amos' ghost still haunts the old building.

As for the stone in question, the one in Hoover Beach Park, it is just part of the neighborhood and a mystery within The Unknown Stories of WNY.