The Travels of Red Jacket's Medal 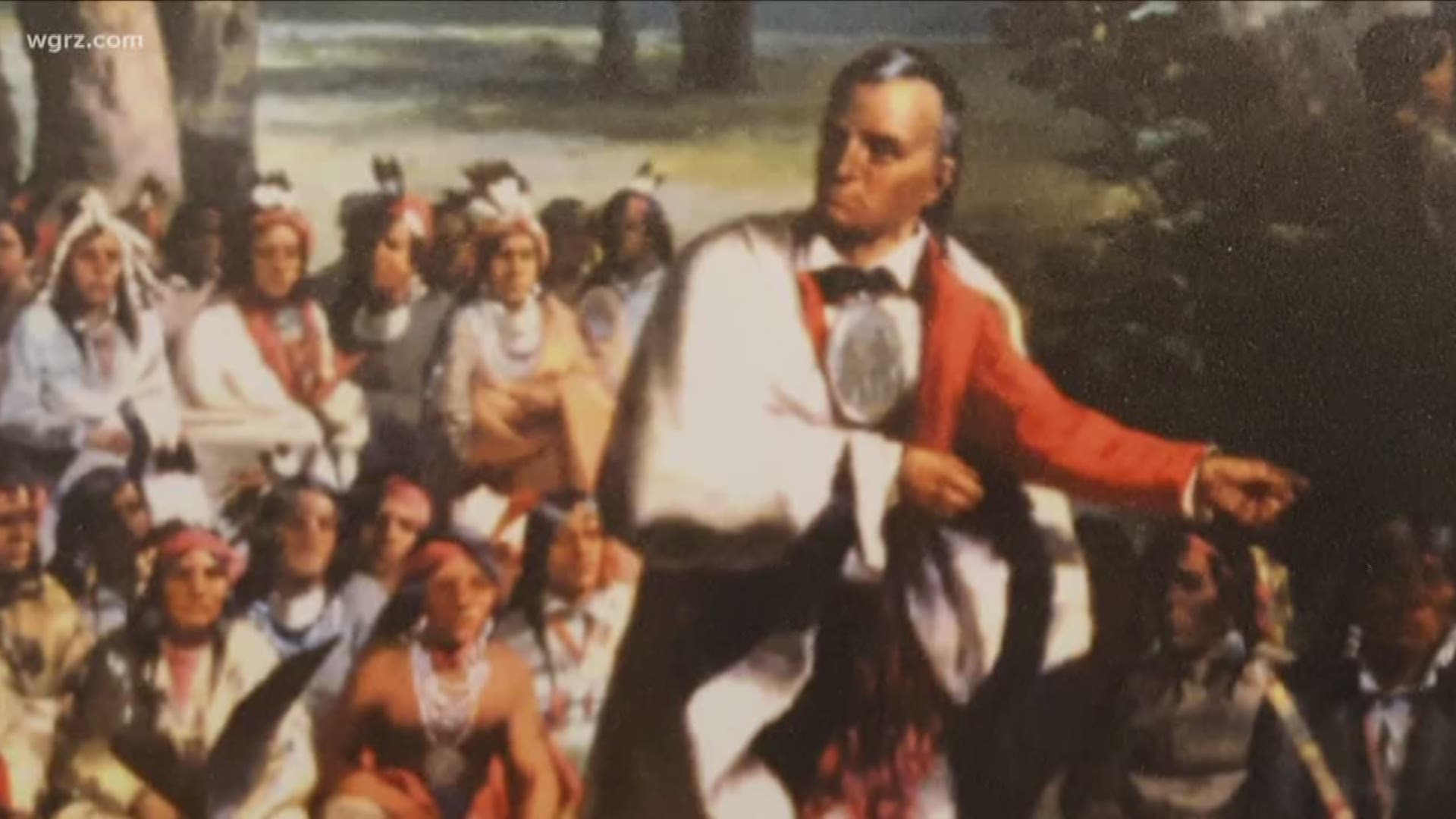 BUFFALO, N.Y. — It is one of the most prominent features in just about every portrait or illustration you will ever see of the great Seneca leader Red Jacket.

Anthony Greco, the Director of Exhibits at the Buffalo History Museum says it is one of the most prominent pieces in their collection as well. "The peace medal is probably one of the more important items we have at the museum."

The peace medal, as it turns out was also very well-traveled. "When we talk about the medal," says Greco, "I always like to talk about the hands that it has passed through; Washington, Red Jacket, Johnson, Parker and potentially Lincoln."

George Washington was so impressed with Red Jacket as a negotiator and orator, he presented him the medal in 1792. Upon Red Jacket's death, it was passed down to his nephew Jim Johnson.

In 1851 Johnson decided to sell it to the New York Museum. The sale was intercepted by another descendant, Col. Ely Parker. Parker was well educated, studied as a lawyer, although he couldn't practice because of his native American heritage. But as Greco explains, he rose to power in other ways. "He had befriended Grant in Illinois, so when the Civil War broke out, Grant appoints him as his military secretary and the surrender, by Lee at the Appomattox Court House is actually written by Ely Parker. "