This week Tesla offered a rare glimpse of its Gigafactory 2 in South Buffalo, but it did not allow news cameras inside. Tesla claims it has hired 800 employees for its solar roof factory, well above the target it says New York State required of 500 employees by April 2019. 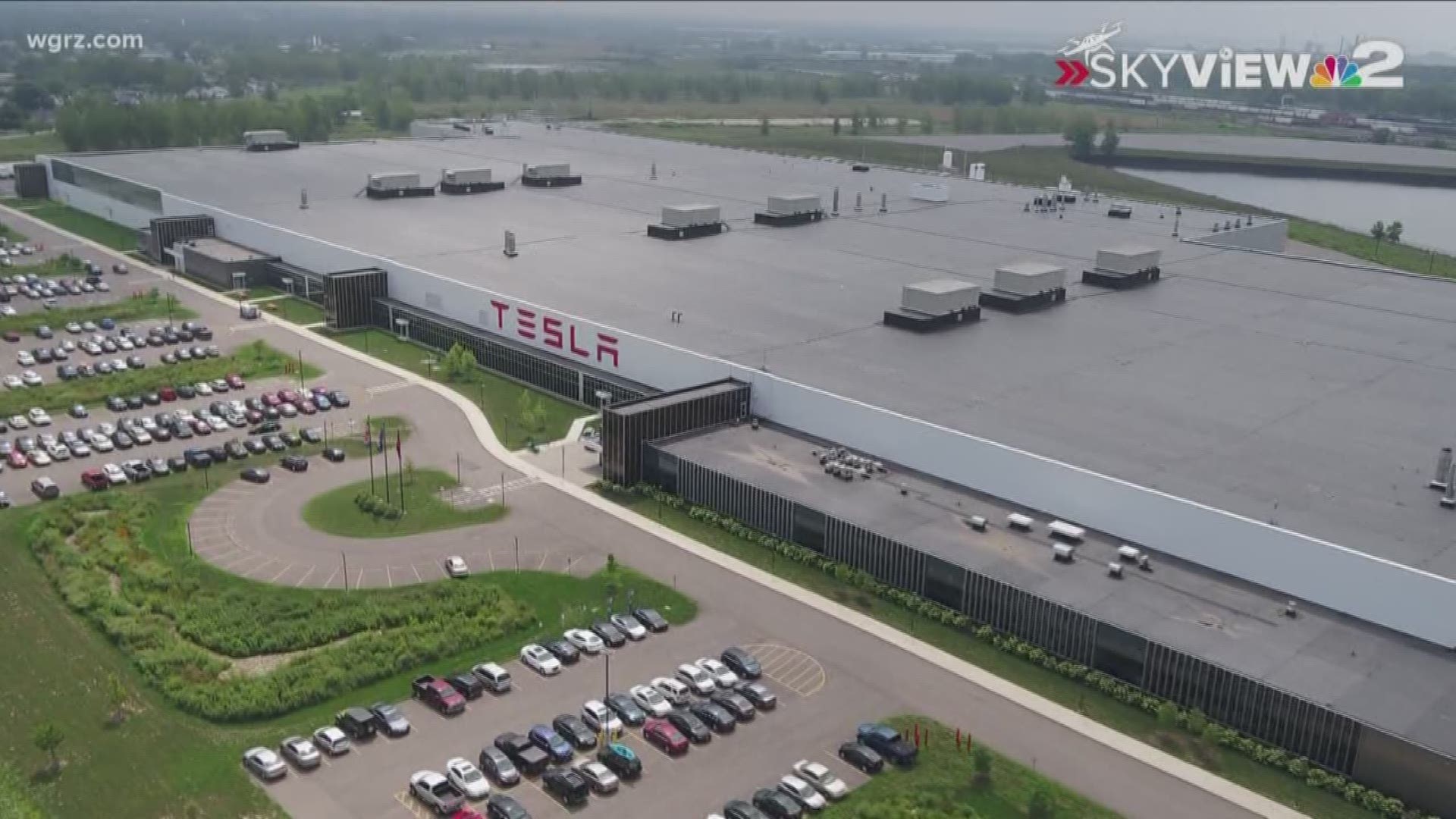 Secrecy has swirled around the behemoth Tesla plant in South Buffalo. What goes on inside the factory? How many people are working there? And what exactly are they making? The lack of transparency has been a source of frustration for many because $750 million in taxpayer funds was dedicated to the plant as part of New York State Governor Andrew Cuomo's Buffalo Billion economic development initiative. Tesla finally offered some clarity this week.

Without allowing news cameras inside the solar roof manufacturing facility, Tesla officials offered a factory tour to the media Wednesday, on the condition the information would not be released to the public until Friday at 5 am EST. Tesla offered its own video to be shared with the public.

Tesla officials would not speak on camera, or be quoted directly, but they did offer two employees of their choosing to speak on camera with reporters. All of this, as Tesla released its most recent employment figures for the factory at the Riverbend site in South Buffalo.

Tesla said New York required it to have 500 people working in the South Buffalo factory by April 2019. Tesla now said it currently has 800 workers there, a 30 percent increase from mid-2018.

Half of them, they said, work for Tesla and the other half Panasonic. If the company did not reach its hiring goals it could face millions of dollars in penalties.

Officials said the company still plans to create 5,000 clean energy jobs in the state over 10 years, and 1,460 at the South Buffalo factory by April 2020, in line with agreements it said it made with New York state.

When WGRZ-TV journalist Melissa Holmes toured the Gigafactory 2, she said she saw more inside robots and automated machines than actual people working in the factory, and she saw vast amounts of empty, unused space.

Tesla promised it would be filling up that space soon by ramping up production.

Tesla began producing solar cells and modules 1.2 million sq. ft. facility in 2017. The property was previously occupied by Silevo and then SolarCity.

Tesla officials showed the process of its onsite partner, Panasonic, producing the solar cells, and Tesla producing the roof modules, or essentially glass roofing tiles or shingles that could power a home. The company said it plans to ramp up Solar Roof construction in the first half of 2019.

Tesla said production was slower to start because they needed to perfect the design aesthetics of the tiles and their efficiency, as well as cut down on production and installation time.

When asked, Tesla officials said 90 percent of the workers at the plant were from Western New York, some were skilled trades people and other had no degree or work experience at all.

Alex Finnerty, 24, of Lockport who was chosen to speak to reporters, has worked with the company 7 months and is now a quality assurance inspector.

"It's definitely a great place to work," said Finnerty. "People are happy to be here. People are excited to grow with the company. You don't always get that."

Corey Leone, an electrician by trade, started working at Tesla 3 years ago after he said he was laid off from the Huntley Plant in Dunkirk. He said changing jobs from coal power, to solar power, was the right change.

"That was old archaic technology that was old and outdated. The future is what we're doing here. In my opinion it's amazing how the product works. "

Neither Leone nor Finnerty have purchased Tesla solar panels for themselves.

Homeowners can purchased Tesla solar roofing only online, or at a Tesla retail store. The closest store to Buffalo is near New York City. Tesla installers would tear off the home's current roof down to the plywood, and install the glass solar roofing tiles.

saying it depends on the size of the home, the pitch of the roof, and the amount of solar power the customer wants. Officials said many homeowner also purchase a battery back-up for additional power.

Tesla claimed there is a great deal of demand and a backlog of customers waiting to have the roofs installed on their homes, but they wouldn't share if they have installed even one solar roof in Western New York.

Tesla CEO Elon Musk has never been to the Gigafactory 2 in South Buffalo, according to officials who offered the tour, but they said even so, the company is committed to increasing production, hiring more workers, and staying in Western New York. 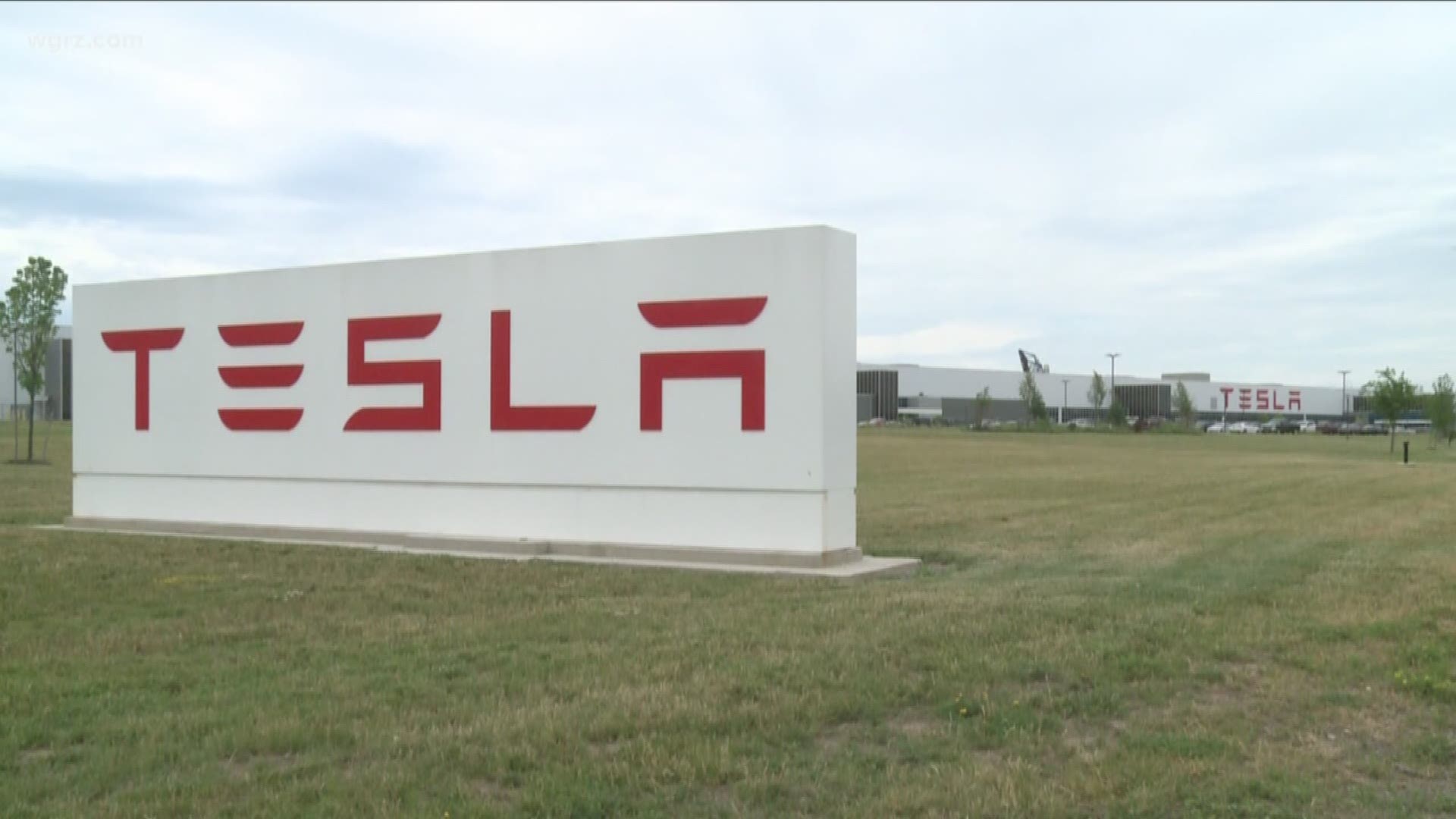