Swift has done this a few times with some of her elite fans. 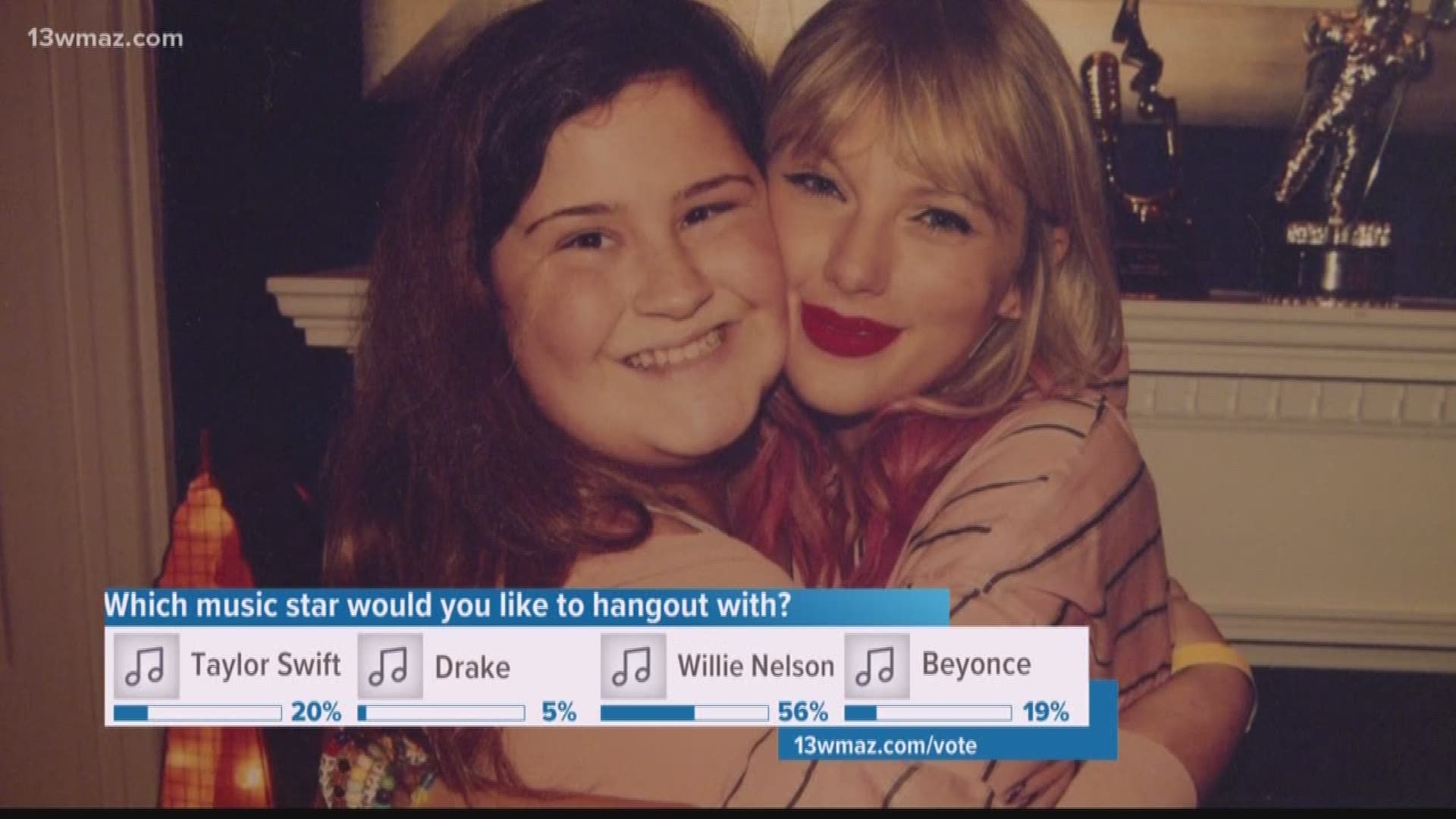 DUBLIN, Ga. — If you have kids, you might know what a "Swiftie" is -- a hardcore Taylor Swift fan.

The superstar has a new album coming out soon, and when that happens, she invites the elite Swifties to a secret session to mingle with the star and hear the new tunes.

One Swiftie from East Dublin, Jacie Conley, got a once in a lifetime chance to meet her idol.

"So I was sitting right here in my bed and I got a confidential message from Taylor's team," Jacie said.

Taylor Swift invited the super-fan to her home in Nashville for a listening party.

You know, you might call Jacie a "super-Swiftie" -- she says she posts about Taylor Swift stuff about 20 times a day on social media, and that's really the reason she got to go to Nashville. Taylor takes a look at all of her social media posts all over the world and picks her top fans.

The fans got a gift bag, and a young woman who's loved Taylor for 14 years got a tour of her private space.

"She had a Scrabble board piece up on her wall because she loves to play Scrabble," Jacie recalled. "The fact that she invited fans into her house -- the place where she feels most safe -- to hear the new album before it's out, it just means a lot to me."

Jacie is a little emotional, and you can understand, because this wasn't a five-minute photo op and done. Nope -- the pop star took the time to really get to know her guests. "She knew my name, she knew that I went to 11 concerts, she knew about my  dog that had just recently passed away, she just knew so much about me and it blew my mind, Jacie said. "I just love her so much and I can't believe something like this happened to me because I never thought it would."

And now that Jacie's pretty much reached the epitome of fandom for Taylor Swift, well, don't worry, she's not going to shake this experience off.

"I'm stuck with her. I"m not going anywhere," Jacie said with a smile.

Last year, Jacie and her family went to 11 shows on the Reputation Stadium Tour. As for Taylor Swift, her new album 'Lover' drops on August 23.

RELATED: Taylor Swift's star-studded video for 'You Need to Calm Down' asks fans to support the Equality Act