Survivor of Camp Fire helps another survivor get a new job, clothes, cellphone

A survivor of the Camp Fire was driving Northbound on Highway 99 to Chico when he spotted someone walking on the side of the highway. As it turned out, the two men had a lot more in common. 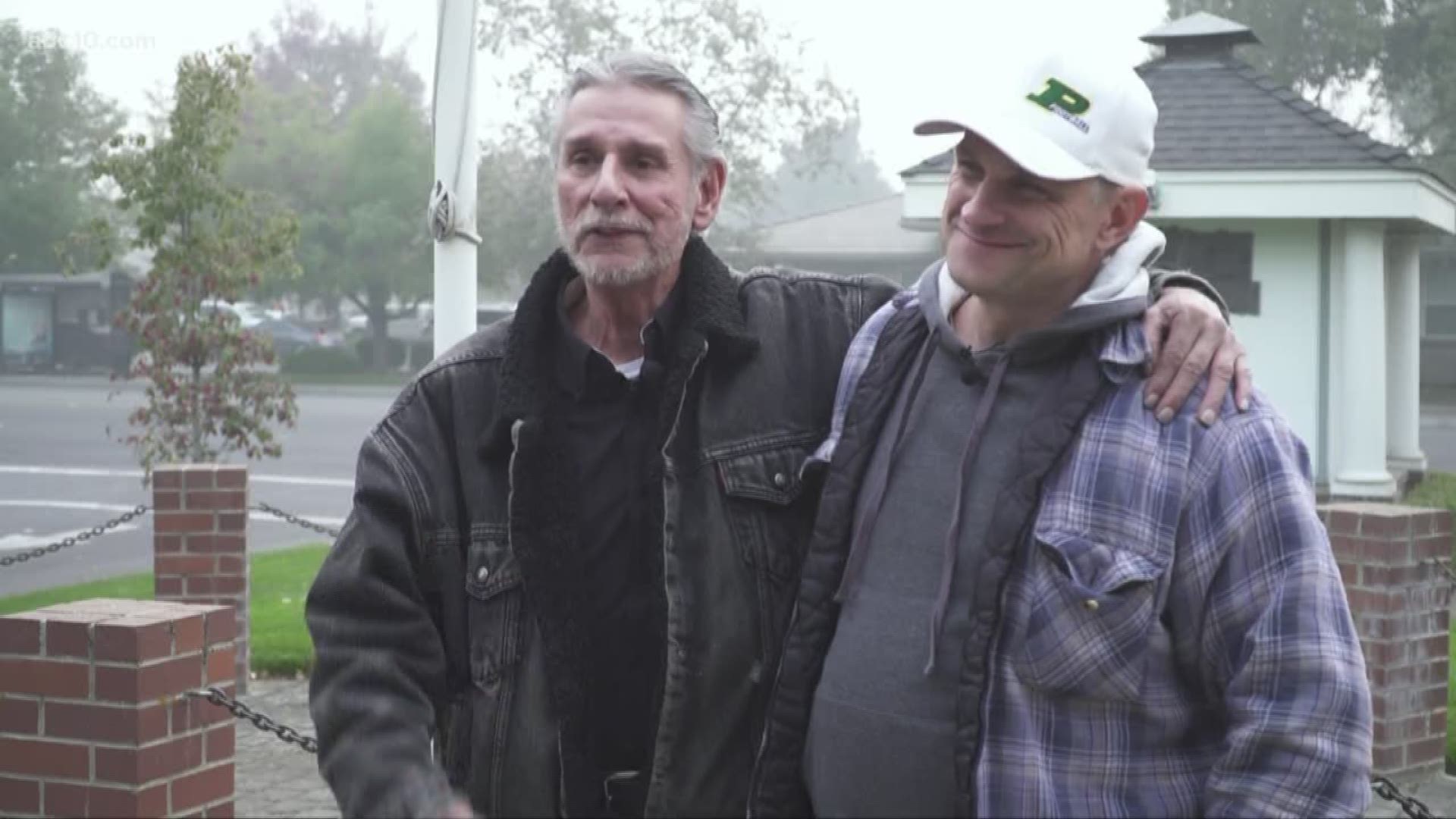 If you are viewing on the ABC10 app, tap here for multimedia.

A survivor of the Camp Fire, Greg Beyelia, was driving northbound on Highway 99 to Chico when he spotted someone walking on the side of the highway.

"Something told me, I think God told me, let this guy have a ride," Beyelia said. "So, I pulled over and he jumped in and we didn't know each other and we started talking and realized we both came out of that fire."

Wayne Williamson, another survivor, was walking on the side of the highway to Chico to get to his job interview. Williamson lost his job, home, and belongings in the Camp Fire.

"I can't think," Williamson said. "I can't formulate thoughts. A million things are on my mind. So I keep walking a little further, this car pulls up right next to me. I'm not even paying attention and this gentleman he looks decent. I'm like, 'Oh my God, I got a ride!'"

They soon figured out not only did they escape the fire, but they were also neighbors in Paradise. Beyelia stayed until Williamson finished his job interview and treated him to lunch.

"At some point he asked, 'Well, we should exchange numbers so we can stay in contact.' And I said, 'I would love to. You're the greatest person!'" Williamson recalled. "But I told him I lost my phone in the situation and I'll get it back. And he said, 'We'll go get you a phone.'"

Williamson said he lost his phone while he was trying to evacuate and Beyelia bought him a new cell phone so he can get in touch with his family.

Camp Fire: Faces of the Fire

1 / 29
Michael Anthony Adams
Kevin Jeys chose to stay behind as the fire ripped through Paradise, and he refuses to leave. He has no heat, no running water, and no electricity, but he stayed behind to save his home and his animals.

Beyelia said he knew he needed to do whatever he can to help. He also said, the day he had to evacuate, he ran out of gas and had to leave his car behind. Someone saved him with a ride to get out.

"I told people I ran out of gas and one lady pulls up and she's like, 'You need a lift?'" Beyelia said. "'Yes I do.' And we rode all the way down the left lane."

Williamson got the job. He never expected such an act of kindness to happen off the side of Hwy. 99.

"It brought tears to my eyes and opened my heart," Williamson said. "Thinking that someone who went through so much could share and still help somebody else."

Watch Now: Episode 7: "Fighting to Rebuild." Even with insurance, the road to recovery from losing everything to a wildfire can be a long one. Over a year later, residents of the Coffey Park neighborhood in Santa Rosa are still fighting to rebuild their lives.