A Times Union report, citing three people, claims Governor Cuomo had acted to use top state health department officials to give COVID-19 tests to his relatives. 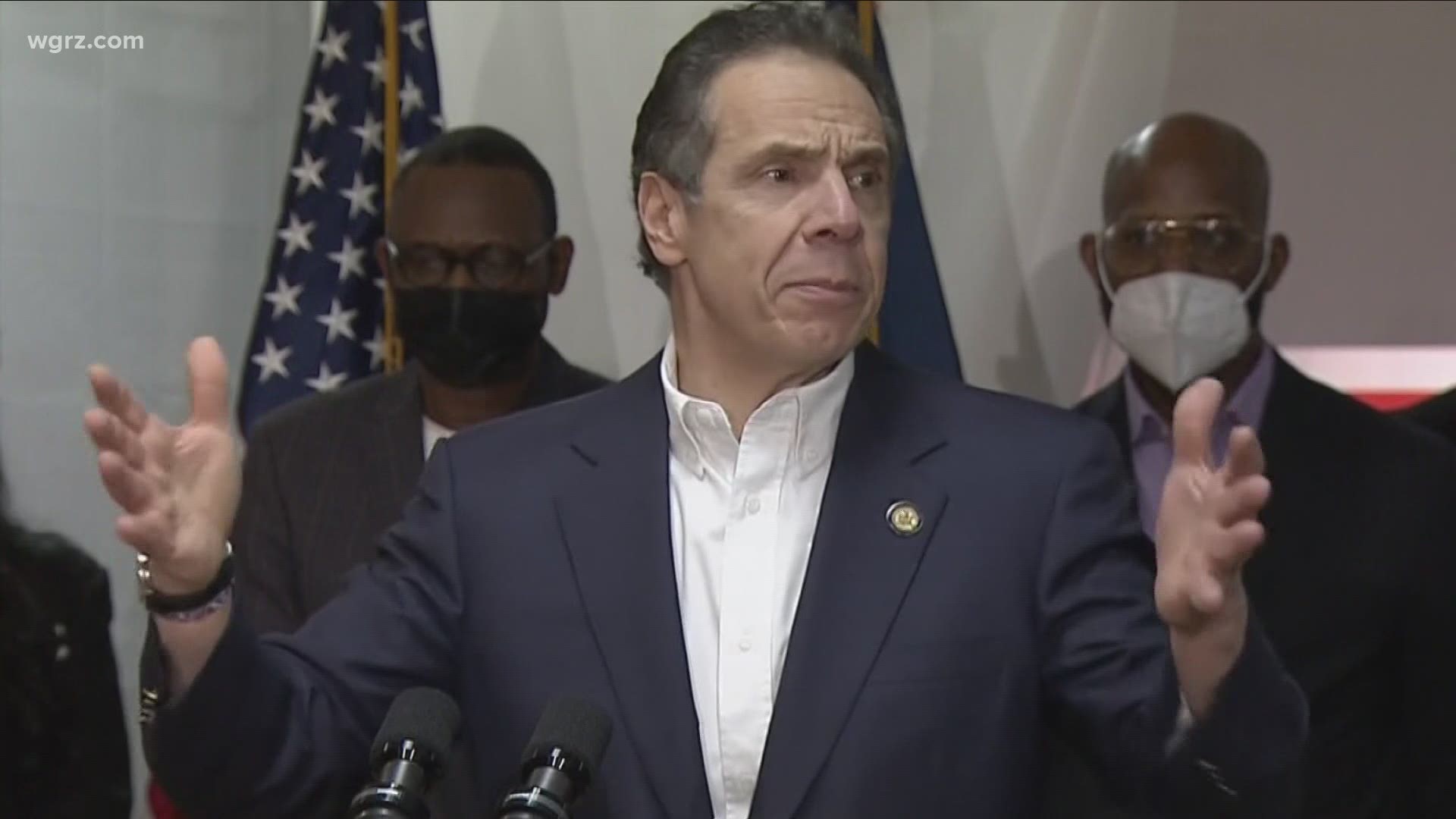 BUFFALO, N.Y. — Just like the COVID-19 vaccine now, COVID tests were a precious and at times seemingly scarce commodity last year as the pandemic was intensifying in New York State.

An Albany Times Union report cites three people with knowledge that Gov. Andrew Cuomo had acted to use top state health department officials to give COVID-19 tests to his relatives such as his brother Chris, his mother, a sister, and others with special connections. The article also includes the claim of a state police escort to rush those samples to the state's Wadsworth Lab.

It's all generating more heat for Cuomo. While a number of Democratic lawmakers were not available Thursday, 2 On Your Side did hear from Republican State Senator George Borrello, who agreed these are just allegations at this point.

However, he says if they are proven to be true, "when it comes to what is defined as an impeachable offense in the New York State constitution, corruption is certainly at the top of the list. And this particular incident, we are talking about abuse of power."

While the governor did not hold any events, even online Thursday, a Cuomo spokesman says these were "sincere efforts to rewrite the past" and added that there was plenty of testing and contact tracing back then including some for lawmakers.

However, Borrello notes: "I've had this discussion with some of my colleagues and no one, none of us, were approached. I got my tests at a clinic, like everybody else."

Now, there are also reports that the Assembly Judiciary Committee chaired by Charles Lavine will add this to its list in its independent impeachment investigation.

That list includes the well-known sexual harassment claims, an alleged coverup of a bridge construction project, and, of course, allegations that nursing home death figures were manipulated or withheld by top Cuomo staffers.

Borrello claims this is a pattern with Cuomo. He says that is why he introduced a bill that would prevent an elected official in office from writing and profiting off a book about government policy such as Cuomo did with his book on the COVID-19 crisis.

Borrello again refers to the nursing home situation and says "your access to information data could be, there would be temptations to alter information in the job that you do in order to make that book either a success or look better."