Lawmakers are making moves to repeal one of the most noteworthy mandates from New York State, which says customers who buy alcohol are required to order food as well 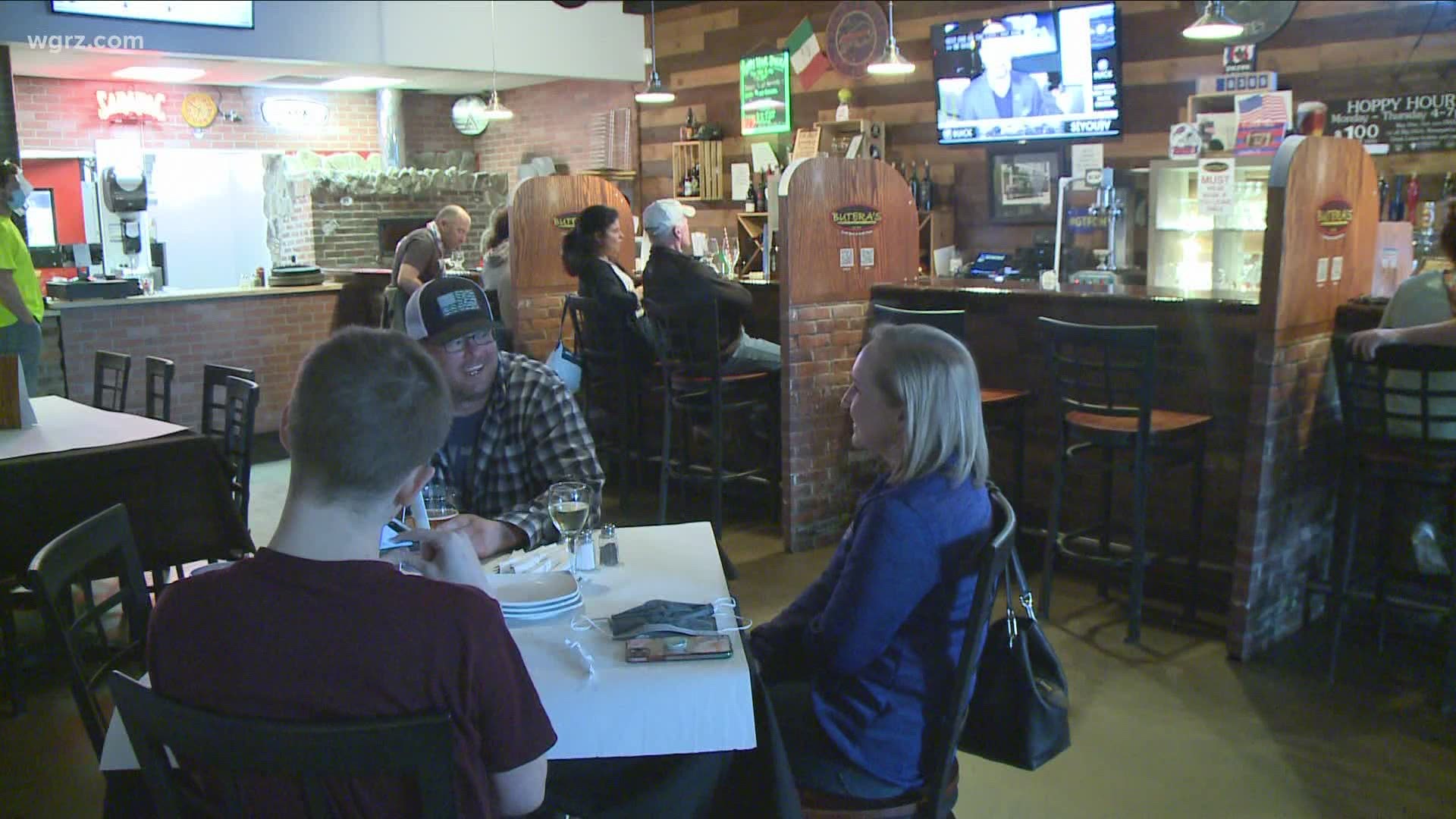 NEW YORK — For more than a year restaurants and bars have been adjusting to obey strict guidelines from the state.

Now lawmakers are making moves to repeal one of the most noteworthy mandates, which says customers who buy alcohol are required to order food as well.

"People don't wanna come in to eat dinner and then go to another place for a nightcap and have to order more food. It just becomes problematic," said Jimmy Butera, the owner and operator of Butera's Craft Beer & Craft Pizza in the Village of Hamburg.

However, that mandate appears to be on its way out.

The State Senate Majority indicated it plans to vote to repeal a few of the executive orders set forward by Gov. Andrew Cuomo, including:

Senate Majority Leader Andrea Stewart-Cousins said in the news release, “As more New Yorkers continue to get vaccinated, and our infection rates continue to decline, it is time to begin removing certain restrictions and regulations that are no longer necessary, so we can safely reopen and rebuild our state's economy."

Carr agreed. He believes the food requirement is one example of several mandates that just don't make sense.

"It's one step closer to where we need to be to get back to normalcy. I think it's unfair that they did that and certain places were not able to operate under that regulation and it's hurt, damaged businesses in Western New York," Carr said.

Both restaurant owners told 2 On Your Side this is just the start though. They also want to see other restrictions rolled back, especially the state curfew.

"It's just been really tough for this industry so as these restrictions open up, it just helps all of us in the industry," Butera said. "There's still so many of my friends out there that can't reopen their doors because of the food thing or the curfew and you open up the curfew, you open up the food, it just opens the doors to that many more restaurants that much faster."

Re: ‘Timely and Accurate Administration of Vaccines’ half those regulations were already repealed as supply increased. The rest are going to be in the EO allowing open walk-ups at state sites starting Thursday. https://t.co/Z8IXUuAVee

“We’re encouraged by the news that the State Legislature plans to eliminate the burdensome mandate that food be purchased with alcohol. This will singlehandedly boost the bottom line for restaurants and bars all over the state, and many have yet to reopen because of this specific requirement. While this is a win for the industry, and one that the New York State Restaurant Association has been pushing for months, this is just one step. Let’s work together to create a plan that details full reopening.”

"More than a year after the Governor was first granted emergency powers, our colleagues across the aisle have finally decided to repeal a few of these directives. For weeks, the Majority has ignored Senate Republican resolutions repealing onerous mandates on our restaurants who have suffered greatly under the Governor’s arbitrary rules. While we welcome an end to the nonsensical food with alcohol requirements, many restaurants are still struggling due to arbitrary curfew orders. Hopefully the Majority will step up and repeal this order as well, and join us in finally putting an end to One-Man Rule in this state by fully repealing the Governor’s emergency powers."