2 On Your Side got legal analysis on the latest developments in the allegations against Gov. Andrew Cuomo. 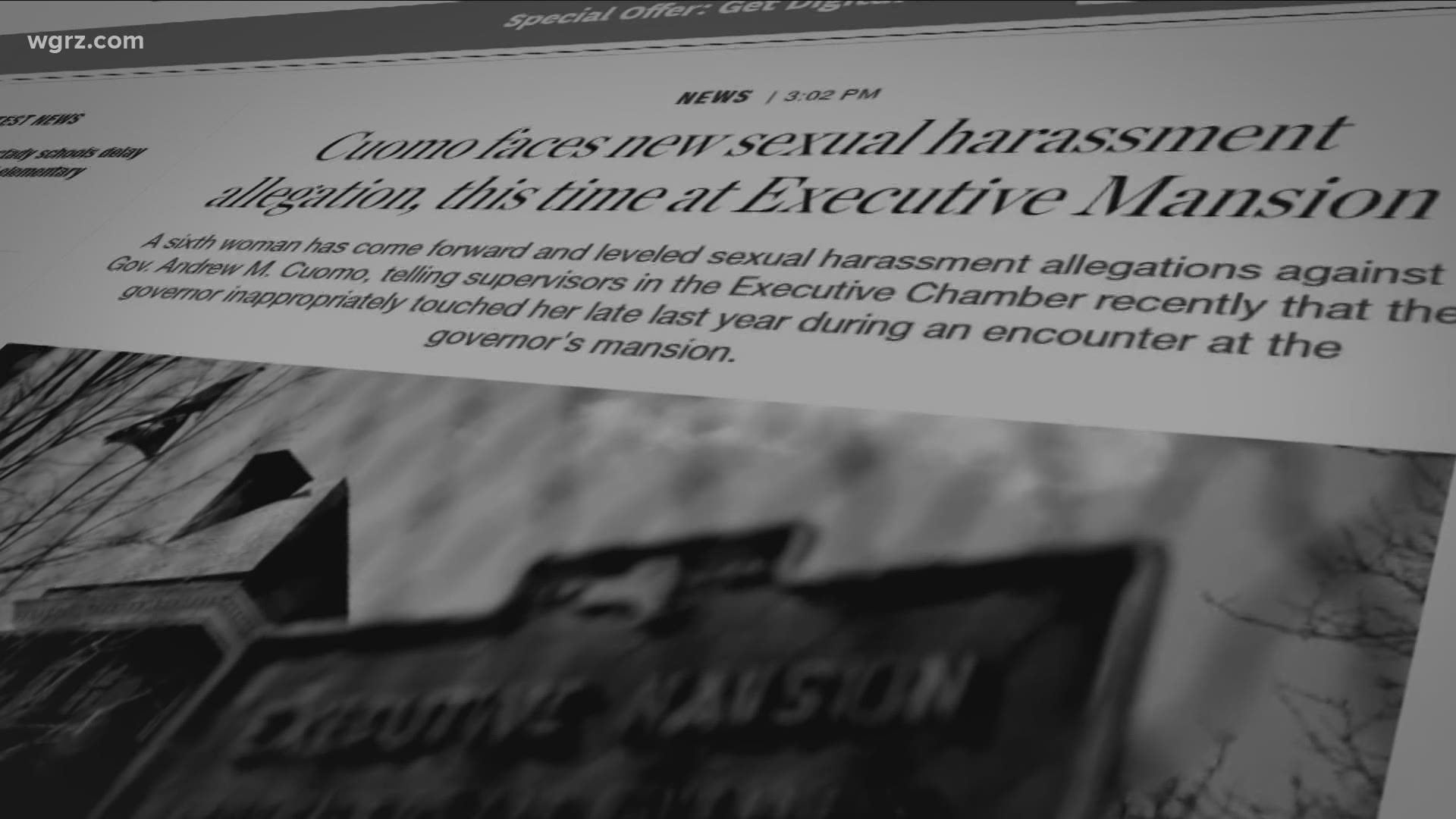 BUFFALO, N.Y. — It was first reported Wednesday by the Albany Times Union that an aide to Gov. Andrew Cuomo claimed he reached under her blouse and groped her during an encounter at the governor's mansion late last year.

The article did not identify the woman, who is the sixth accuser against the governor, but did state she is a member of the Executive Chamber staff. You can read that initial report here.

A lawyer for the governor said Thursday that she reported the allegation to police after the woman involved declined to do so herself.

Beth Garvey, the governor's acting counsel, said in a statement that as a matter of state policy, the woman who made the allegations was told she should contact her local police department.

“In this case the person is represented by counsel and when counsel confirmed the client did not want to make a report, the state notified the police department and gave them the attorney’s information," Garvey said.

She said the state was obligated to do so under state law.

"The police are not coming out and saying that there was a crime that was committed. They shouldn't do that before they fully investigate," local criminal defense attorney Barry Covert said.

"But nothing could be worse for the governor at this point than to now be up to your sixth accuser, and the sixth accuser is very recent in time as to the allegations, and could be criminal. It's the most serious of the six accusers' allegations."

Covert told 2 on Your Side police don't need a cooperating victim to begin an investigation, but he said it would be almost impossible to bring up criminal charges, if they're warranted, without the accuser.

Lindy Korn isn't a criminal attorney, but she has more than 30 years of experience as an employee-side civil rights attorney.

Korn told 2 On Your Side, "Making the statement, 'I never touched,' and then having someone come forward and say, 'Yes, you did,' those kinds of allegations that are contrary to one another lead to a conclusion that someone's telling the truth and someone isn't. So I think that's going to be a focus of the investigation, is the credibility."

She also believes the attorney general's investigation into the allegations against the governor will have many layers.

"I think if it's a fair investigation you have to look at the facts and the story of each victim being interviewed and their credibility will also be at issue, but I think you have to look at this as a composite because it's a repeated pattern, and that matters in sexual harassment," Korn said.

She stressed the difficulty of coming forward is often overlooked.

"Many people lose weight. Many people can't sleep. Many people develop other issues because of the stress. It is a health issue, as well as a legal issue, and we as a country have really shamed and blamed people, and actually even mocked them, when they come forward with a story," Korn said.

She added, "To believe that you're going to come forth and be believed against the governor of New York State, that really takes courage and guts, and I want to applaud the six persons who have come forward."