Buffalo Democrat favors "due process" over resignation calls to governor. 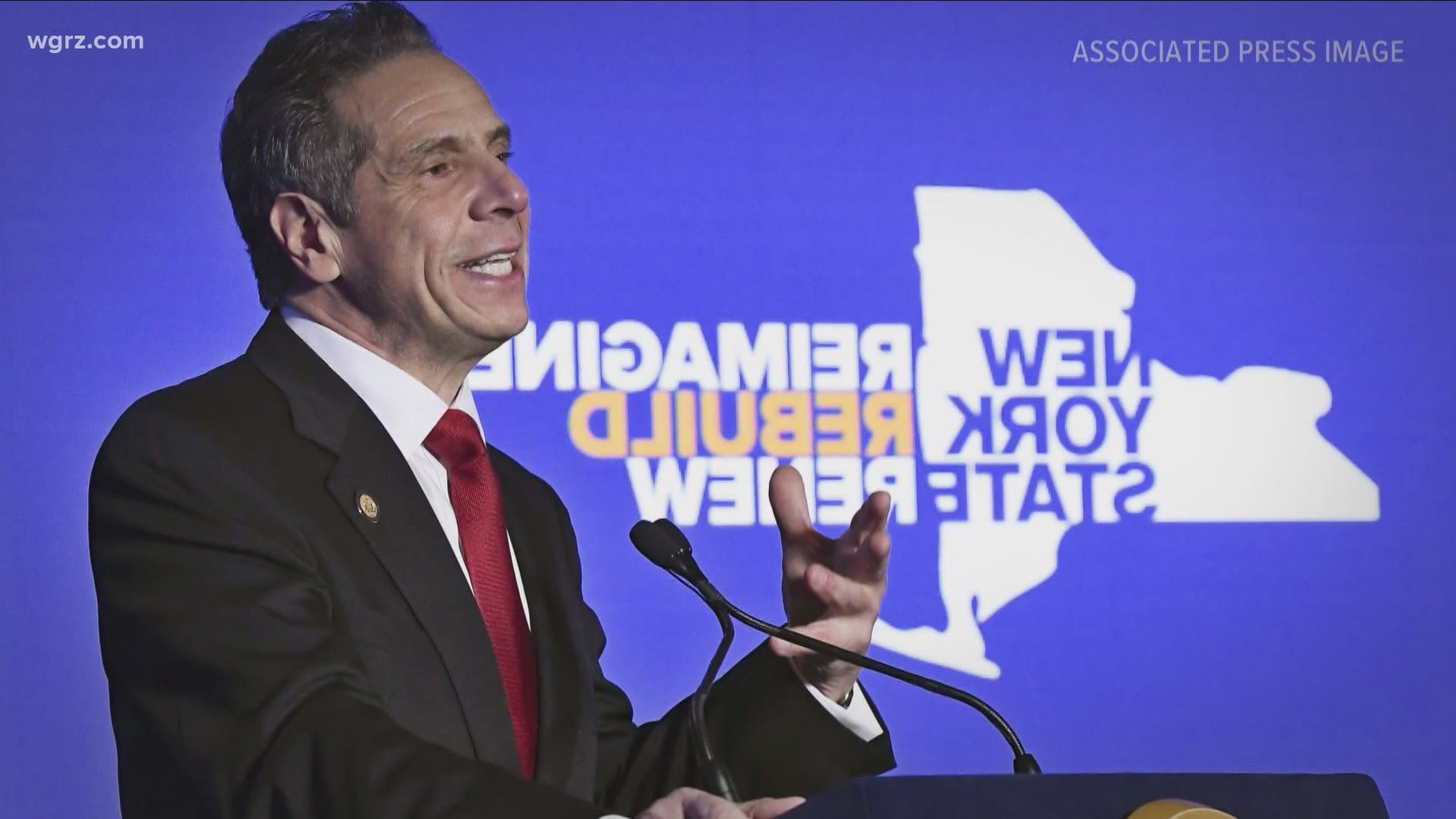 BUFFALO, N.Y. — WGRZ had the chance to speak with Assembly Majority Leader Crystal Peoples-Stokes of Buffalo on the next steps in marijuana legalization and her perspective on the scandals and allegations regarding New York Gov. Andrew Cuomo.

While it's estimated it could take 18 months to two years to set up the framework for legal marijuana sales and state oversight, the Assemblymember feels it could speed up come June once a five member commission or control board called the Office of Cannabis Management is appointed. It would be just like the State Liquor Authority to approve various sales, growing and distribution licenses.

"I anticipate that that could be complete prior to the end of session meaning then we could begin to fast track the establishment of the regulations etc.," she said.

Of course the actual licensing of who gets to grow and sell it could be intense  with plenty of corporate competition for neighborhood shops.

We asked, "How concerned are you that these major operators - some of them from out of state - will be coming in here and try to set up dispensaries versus the mom and pop operation that may wanna do it?"

Peoples-Stokes replied there is a carve-out in the legislation.

"There is a 50 percent goal for equity businesses - equity business essentially means minority, women owned businesses, people who have been disenfranchised by the mass incarceration, veterans - disabled veterans as well as distressed farmers," she said.

Peoples-Stokes wants to make sure some of the state collected revenue goes back into impoverished minority neighborhoods hit hard by the war on drugs.

"Normally it is the executive that runs (state) agencies. This time there is a role for the legislative branch and it is because we are concerned about implementation," Peoples-Stokes said.

She also wants to see research in a particular area with public safety implications.

Peoples-Stokes hopes most of that state funded research could be done at UB's lab and research centers.

We were able to change subjects then to the situation for Governor Cuomo who has tried to keep to a business as usual schedule with the budget passage and the state pandemic response despite the ongoing investigations into allegations of past months.

Assembly Majority Leader Crystal Peoples-Stokes has a ringside seat in Albany for the unfolding scandals and investigations of Governor Cuomo. But while many other state and federal leaders in this region want him to resign or at least step aside - she holds this line, "I am of the mindset that everybody is entitled to due process."

Just as the governor always says he never touched anyone inappropriately and apologized for making anyone feel uncomfortable, Peoples-Stokes maintains the investigations must play out.

Peoples-Stokes, who co-chaired Cuomo's 2014 re-election campaign says she understands how women can be harassed with her political career that started in 1998.

"I have been around all different types of people and had all weird kinds of things said to me and it did not stop me from doing my job and it did prevent me - it didn't prevent me from putting them in their place," she said.

And there are the other reported claims, brought up by the media and emphasized by GOP leaders, about Cuomo's multimillion dollar book deal and family and friend testing priorities for COVID along with the nursing home policies of his administration. WGRZ asked, "Some people are saying that perhaps the public officers law has been violated here?"

Finally we asked, "A lot of women just say there's such a preponderance of evidence there - there's a pattern there with this governor and as a woman doesn't that bother you?"

Peoples-Stokes responded in part, "It does bother me." But she also added, "The thing that I think most about these women who have accused the governor is that they are owed their due process as well. They should be heard and they should be given full consideration to have the story fully vetted. And so I support them in that and I support him in his due process as well."