The new radar technology informs bus drivers how fast the car in front of them is going, and how many seconds they are apart. 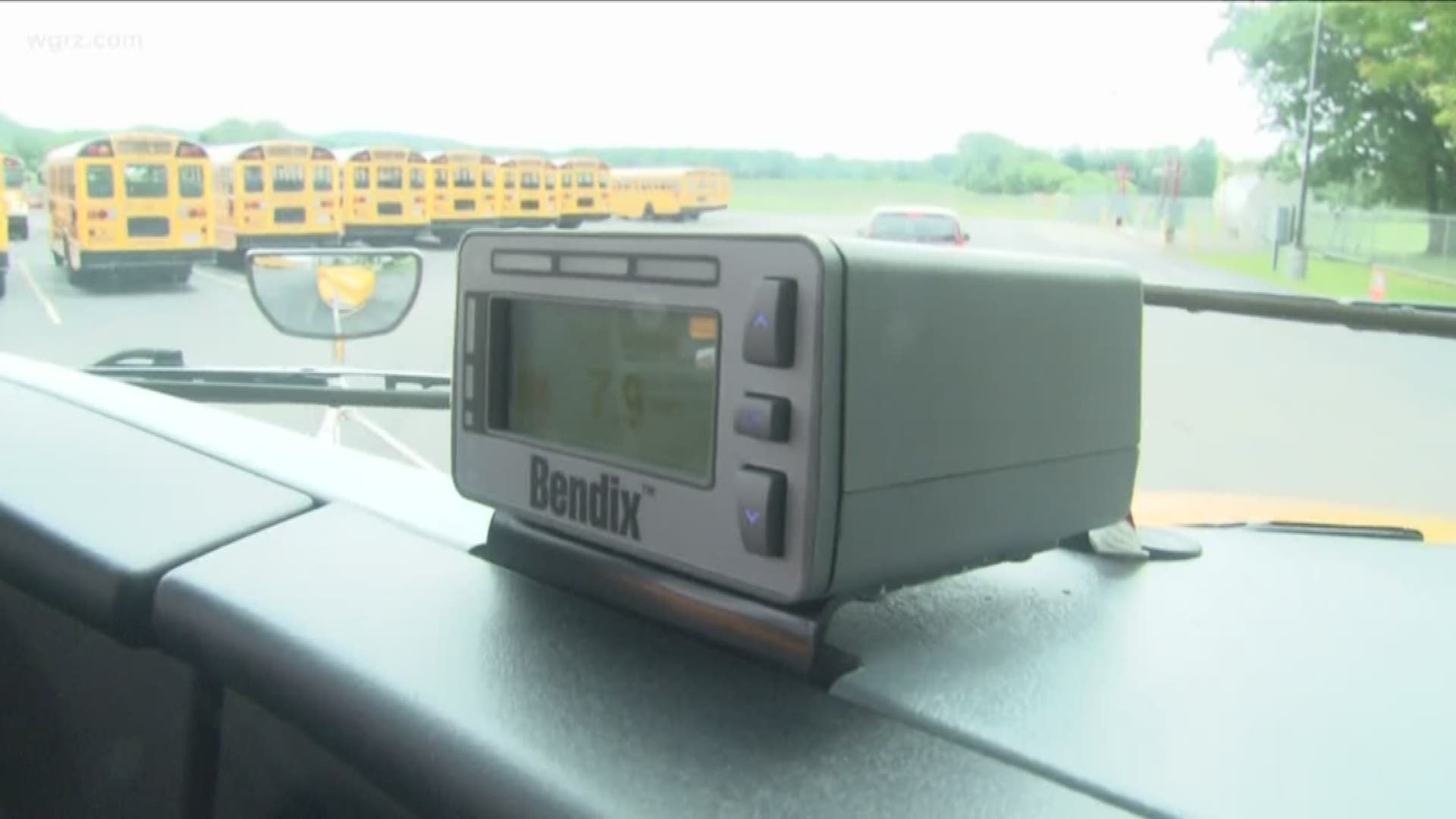 SPRINGVILLE, N.Y. — It is that time of the year for kids to start heading back to school and in the Southtowns, one school district is rolling out a bus fleet with new technology. This new technology will give bus drivers critical information while they're behind the wheel.

Seven full-size buses will be rolled out when classes start next week at Springville-Griffith Institute Central School District, equipped with radar in front of the bus and a screen on the dashboard, informing the bus driver how fast the car in front of them is going and how many seconds they are apart.

"If there is a quick decrease in that gap there will be some indication to the driver," said Kristin Sercu, the school dispatcher for Springville-Griffith Institute Central Schools.

This happens with the sensor setting off an alarm.

"The first is a lower tone, one that is more intermittent and as that gap closes again it's a more frequent sound a louder indicator and at a certain point the vehicle will take step when the driver is not responding and stop the vehicle," Sercu said.

The district showed 2 On Your Side how the technology works. The radar only picks up large metallic objects.

"This isn't software that we wanted to use in place of educated trained drivers this is an assistance to that," Sercu said.

Built within these buses are automatic brakes to avoid sliding and skidding when roads are treacherous. Not only is this new technology being used in Springville, but in other districts as well such as Clarence and Lancaster.

"On the average, maybe 40 to 45 districts will have this new technology in their new buses that they're receiving this year," said Dave Rindo, transportation adviser for Leonard Bus Sales.

As the song goes, the wheels on the bus go round and round, but these buses also have the ability to think while in motion. Springville-Griffth school officials say these seven new buses came with a $500,000 price tag. The district says it also plans to get cameras on school bus stop arms, sometime this year.

RELATED: State Senate votes to allow use of stop-arm cameras on school buses