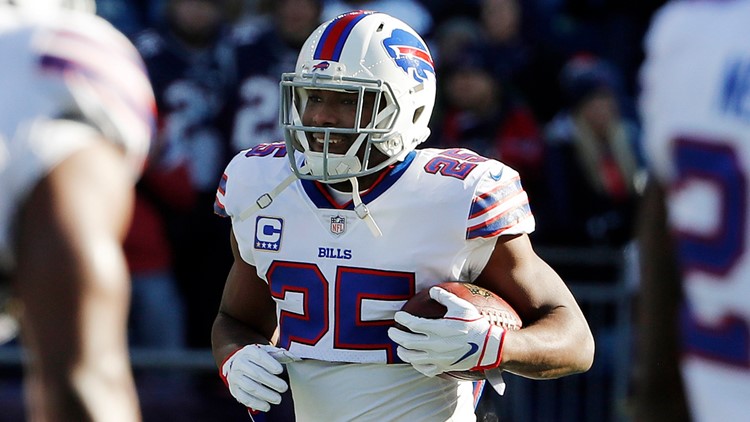 BUFFALO, N.Y. — If you haven't done it already, and you're on social media, mute LeSean McCoy's account.

The Buffalo Bills running back proved to be a one-man spoiler in tweeting out a significant occurrence in the newly released movie, "Avengers: End Game," shortly after it premiered.

The tweets didn't go unnoticed, especially among Bills fans. Rather than eagerly trying to search out any possible news on who the Bills might select with their two draft picks in the second and third rounds on Friday, they instead learned a key plot twist.

The reaction to McCoy's tweets was so swift, it began trending on social media, and became its own "Twitter Moment."

Twitter posted a thread titled, "LeSean McCoy makes an enemy out of every fan who hasn't seen Avengers yet," and included several spoiler alert warnings.

The thread then featured several reactions to McCoy's tweets.

Jake Bencie, of Indiana, posted a note asking the NFL to suspend McCoy, while adding he hoped "the Bills don't win a game this season."

Sara Cichon of Buffalo posted a message that read: "YOU'RE SUPPOSED TO SAY SPOILER ALERT!!!!!! I wish I could unsee this tweet...this is a horrible day now."

And an account named BetTheOver concluded: "Just forced me to buy a Yeldon jersey with that tweet," in reference to running back T.J. Yeldon, who signed with the Bills on Monday.