The 2019 training is unique in that it's handled in-house by the Erie County Sheriff's Office, and the new dogs are not taught to sniff out marijuana. 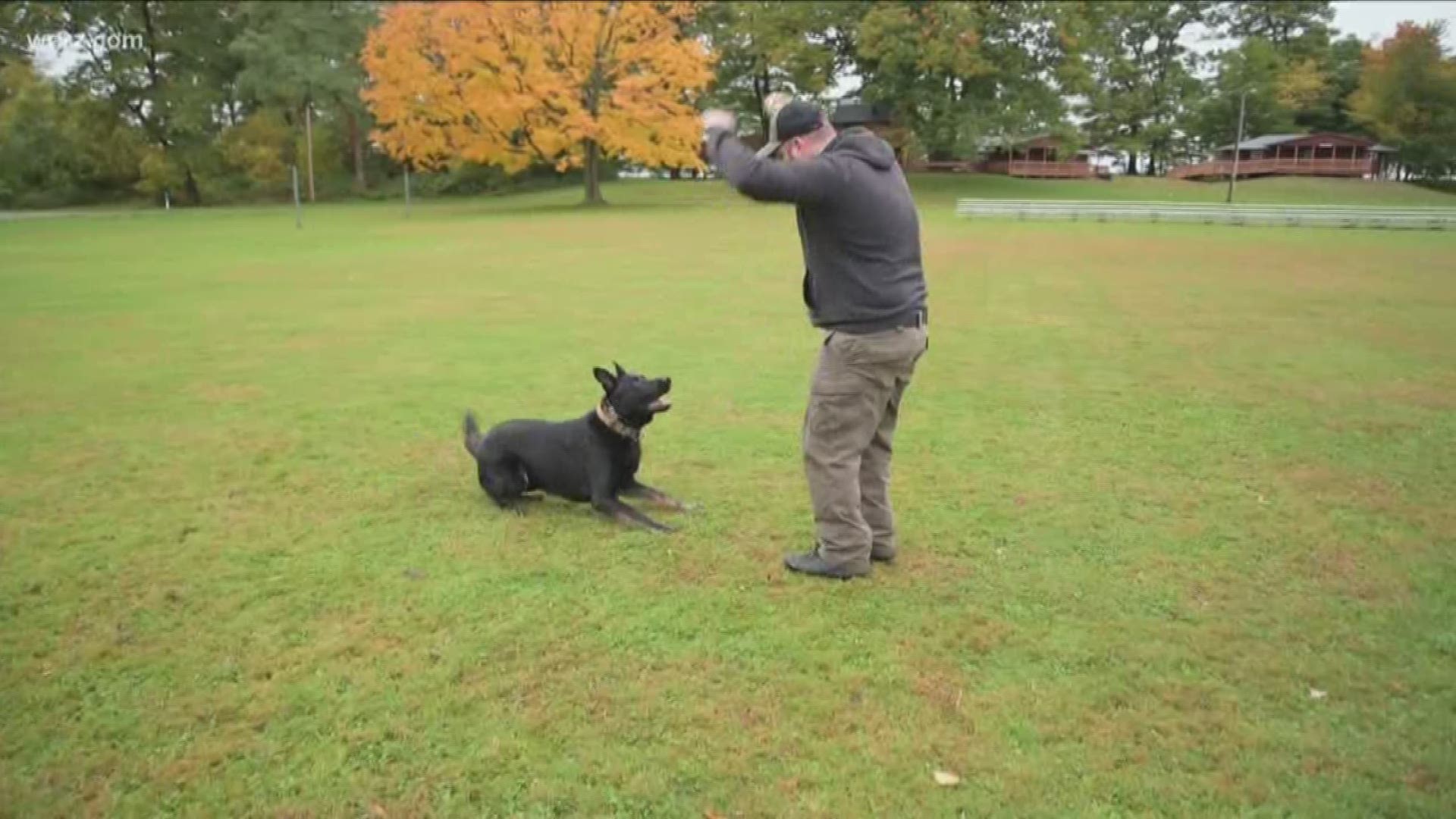 ANGOLA, N.Y. — With marijuana expected to be legalized in New York State, the Erie County Sheriff's Office decided to be proactive and retire four of its six drug detection K9 officers. Their replacements were just certified.

2 On Your Side tagged along as the training took place at Cradle Beach.

For the first time, the Erie County Sheriff's Office was able to do the training in-house, because Sgt. Jordan Grabar, the K9 unit supervisor, became a certified instructor.

Previously, the Sheriff's Office had to purchase more expensive dogs that were already trained.

"We had the opportunity to go choose dogs that we liked, that were physically fit, that had a great attitude, had a great work drive," said Scott Zylka, spokesperson for the sheriff.

In addition to Bo, Demos, Ares and Havoc -- the four new K9 recruits for the Erie County Sheriff's Office, the training also included K9 Rhaegar with the Lackawanna Police Department.

"It's a bunch of new dogs that are very energetic," said Sgt. Brett Casey, who helps run the unit. "They're young, so high drive dogs is what we're always looking for that are going to be social. So these dogs are very interested in finding their narcotics, finding people, doing what they can to get their reward."

The reward is key. The K9s don't connect their trained scents with drugs; instead, they're simply finding the smells so they can get their toys.

"They only associate this odor with finding their ball," Sgt. Casey said.

The narcotics training is the last part of their months-long training, which also includes tracking, police services and handler protection.

"It gets pretty personal," he said of the relationship between handler and K9. "You go through a lot with the dog... you've relied on that dog for protection. So there's quite a bond there that you don't want to give up."

Deputy Szkatulski and the other handlers were able to adopt their retired K9s.

K9 Havoc is also a first for the Sheriff's Office. She's the first female drug detection K9 in the unit.

"They have incredible noses, and we put them to work," Deputy Szkatulski said.

The new K9s are expected to be on patrol soon now that they've passed their federal certifications. While four K9s were retired, the other two previous drug detection dogs -- who were trained on marijuana -- will remain with the force. They can even be used in some drug searches like in schools where marijuana will remain prohibited even after its expected legalization.

The Sheriff's Office used money from drug forfeitures to purchase the dogs and pay for the training.