Early progress made in push to improve safety at Zoar Valley, in memory of those lives lost

Loved ones of Brooke Walker and Conor Long, who both died in accidents at Zoar Valley, are among those joining forces to make the gorge safer for everybody. 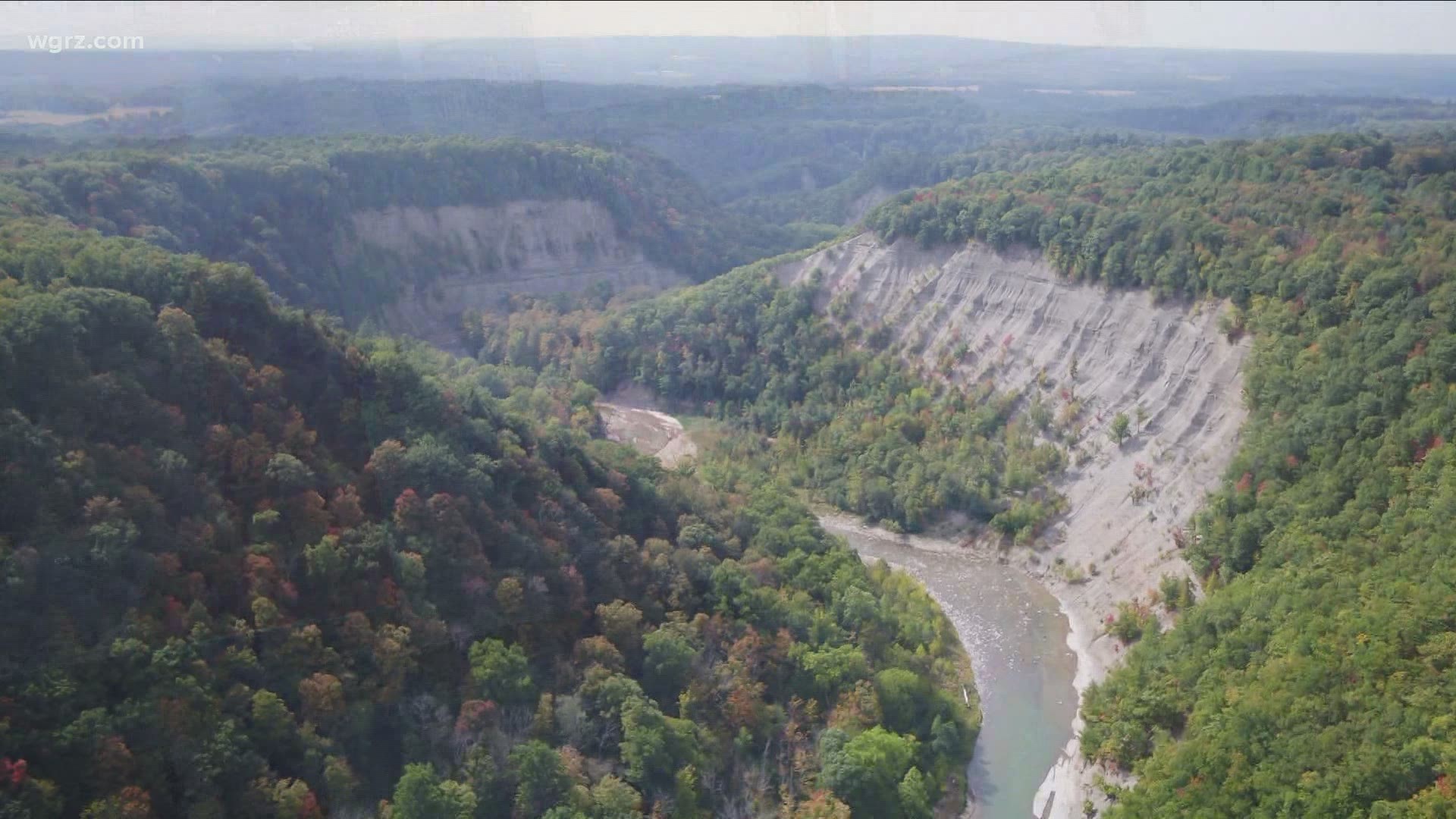 GOWANDA, N.Y. — Google Maps and the New York State Department of Environmental Conservation are already making changes amid a campaign to improve safety at Zoar Valley, in memory of the many lives lost there.

Brooke Walker, 16, of Springville died back in August when she fell while hiking at Zoar Valley, a "Multiple Use Area" on the border of Erie and Cattaraugus Counties that's more than 3,000 acres and welcomes more than 10,000 visitors annually.

Brooke was a special kid. She competed nationally in gymnastics, also ran track and played soccer, was an excellent student at Springville High School and was beloved by so many. Her death prompted an incredible show of support for the family.

Brooke was with her friend Lexi, her twin brother Garrett, her mom, and their new puppy.

"Brooke was so excited about going down to the water," her mom Marla told 2 On Your Side. "That was her goal."

When the family searched "Zoar Valley waterhole," Google Maps took them to a parking lot on the Erie County side of the gorge, where there's no safe water access.

"There were no signs," Marla said. "So we went to the right, started hiking through the woods ... there was literally a worn path, so we must be on the right track."

Marla decided to stay with the puppy while the kids went down to the water.

"So they went a little farther, and five or 10 minutes later, I heard Garrett screaming," Marla said. "I started trying to call with the cell phone, and I got a hold of Lexi, and she said Brooke had fallen."

Marla said if they had known there was no safe water access, they wouldn't have gotten out of the car.

Zoar Valley is a beautiful place to explore, but it can also be deadly. @wgrzMichael shows you one family’s mission to make this place safer for everyone, after they lost their 16-year old daughter. Here’s a clip of our 2 On Your Side Original, airing Thursday at 6pm. pic.twitter.com/ZgYQEwCGMe

In the time since we talked with Marla, 2 On Your Side reached out to Google, and the company immediately started investigating. Its engineers have now updated the software so that searches for Zoar Valley water will take people to where the DEC says it's safer.

"I don't want this to have to happen to others," she said, determined to identify and advocate for changes to improve safety.

2 On Your Side identified 15 people who have died at Zoar Valley. While some drowned while kayaking or rafting, most of the deaths occurred from falls.

The drop-off, which is 400 feet -- longer than a football field -- is only part of the danger. The geology also presents challenges. The shale rock is unstable along the edge and can easily give way.

Conor Long, 20, from the Town of Boston, slipped and fell two years ago. He didn't survive the injuries he sustained.

"It is like a light going out when your child dies," said Conor's mom, Marybeth. "And that light does not come back. Conor was a light that illuminated wherever he went."

Conor was outgoing and adventurous. He graduated from Hamburg High School in 2017 as student government president. He swam for the school and competed in track and field.

Marybeth and Marla have joined forces, along with others who lost loved ones. They're meeting with lawmakers and pressuring officials, all in an effort to keep another parent from losing a child.

They want to see improved signage -- warning of the dangers and guiding people to safer spots, along with barriers and fencing where necessary and eventually state park status.

Former State Senator Cathy Young proposed the Zoar Valley State Park, following the 2017 deaths of William and Amanda Green. They were hiking with their two young sons at Zoar Valley when the ground beneath them disappeared. They fell 100 feet. Their boys survived.

Young's bill never got a hearing.

Marybeth, Marla and their supporters are adamant that they do not want Zoar Valley shut down or restricted, as some critics have asserted.

"It's beautiful," Marla said. "It should be available. But it needs to be safer."

Conor's big sister, Meghan Quinn, said everyone should be able to enjoy the area.

"We never want to take that experience away from people," Meghan said alongside her mom. "I take my children hiking all the time. All I ask is that it's a safe place to take my children and for you to take your children."

Pressed by 2 On Your Side, the DEC provided the following statement, saying additional signs will be installed:

DEC continuously and routinely updates rules and policies, staffing, signage, and public outreach by means of its website and other outreach tools to encourage responsible use of Zoar Valley and state-managed lands across the state. DEC is currently producing additional signage emphasizing the need to stay on marked trails at Zoar Valley as part of this ongoing effort to promote public safety.

The DEC has also updated its Zoar Valley website with a new warning at the top. Experts say if you plan a trip, you should review the website thoroughly to know where to go and how to be safe.

The DEC did not respond regarding barriers or state park status, and there are many questions surrounding the signs, like what will they say, where will they go, etc.

"We need to put pressure on our local officials, our state government, to call out," Marybeth said. "So no mother ever has to go through such a horrific tragedy to lose a child."

"It's gonna take persistence, patience, determination," Robert said. "All the things kind of Brooke also had."

Marla and Marybeth stressed that they're determined to see positive change.

2 On Your Side will be following up with state lawmakers, other stakeholders, first responders and others. Look for additional reports in the coming weeks.

If you'd like to join the effort, the Walker family created an email address brooke4change@gmail.com.