Now 62 years old, Richard Brownell says the scars of what happened in the late 1960s remain to this day. 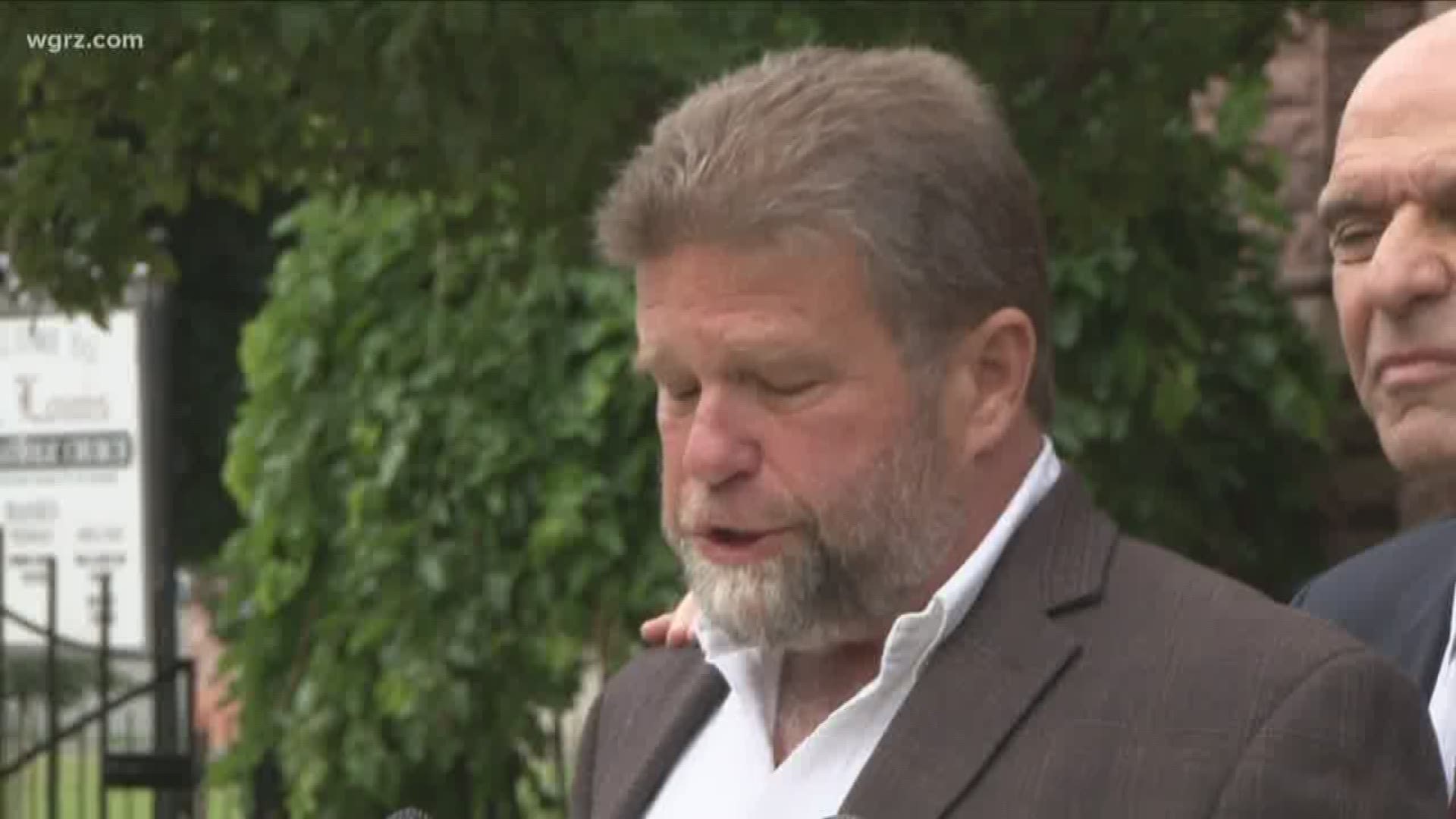 BUFFALO, N.Y. — In one of the latest cases to be filed under the state's Child Victims Act, a Springville man is suing the Buffalo Catholic Diocese, claiming he was sexually abused by one of its priests in the late 1960s.

Now 62 years old, Richard Brownell stood before cameras on Saturday, alleging that as an 11 or 12 years old, he was molested on at least two occasions by Father John Auriello, who at the time served in a Catholic school in Dunkirk and occasionally at St. Gerard's Church on East Delavan Avenue in Buffalo, where Brownell was an alter boy.

He says the scars of what happened remain to this day.

"I been too ashamed and humiliated to speak. I'm still humiliated. I still feel the humiliation. No more. I've come forward to lend my voice to those victims who have not found their voice yet," Brownell said.

The Child Victims Act lifts, for one year, the statute of limitations that once prevented long ago abuse victims from seeking redress through the courts.

It's expected that thousands of lawsuits throughout the state will be filed by the time that window closes next September.