The name of Father Fabian Maryanski is no longer on a sign for a building at the St. Andrew Church in Sloan. 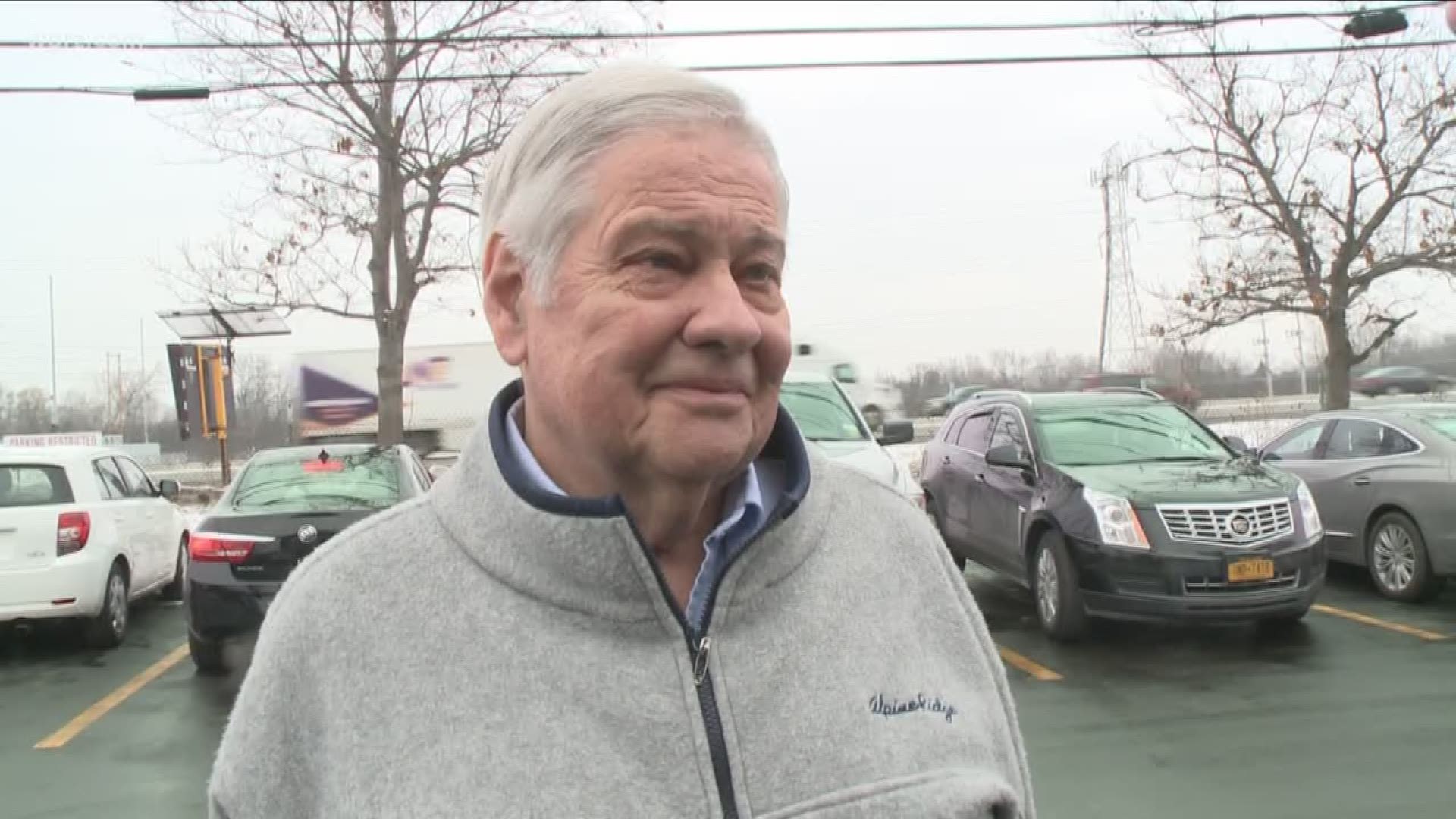 A parish building and the bulletin at the St. Andrew Church no longer carry the name of Father Fabian Maryanski after there was outrage over claims of his contact with a teenager dating back to the 1980's.

A letter dated to parishioners two days after Christmas informed them of this action by the leaders of the St. Andrew Parish in Sloan regarding Father Fabian Maryanski.

You may recall that Father Maryanski was accused of having sexual contact with a 15 year old female.

He told 2 On Your Side's Steve Brown that she was actually an adult when they had sexual relations and she had only made the claim to get money from the diocese. The woman was offered a $400,000 dollar settlement from the Diocese and a letter of apology from the Bishop.

Maryanski spoke about his long years of service as a priest and his service to the St. Andrew Parish including renovations to the church building as it exists now. He told Brown, "I've been in the ministry 47 years, eight years before that in the seminary... 55 years."

Here are excerpts of that letter sent to parishioners

"We have been contacted by numerous people, from within and outside of our parish, requesting that we remove Fr. Fabian Maryanski's name from our bulletin and the Fr. Fabian Maryanski building...They feel it is 'outrageous' and are 'thoroughly disgusted' that we have not removed his name."

"After extensive consultation with the St. Andrew Parish Council and with the Diocese of Buffalo we have decided to remove the name from the building, bulletin, and other public postings. We believe that this is in the best interest of our parish...victims of sexual abuse and offending priests.

"I have discussed this with Fr. Fabian and he understands the benefit...."

We went out to check on the parish property and we found out that in fact the signs have been removed from the buildings there.