The partnership was formed following dozens of allegations of sex abuse by some clergy in the diocese. 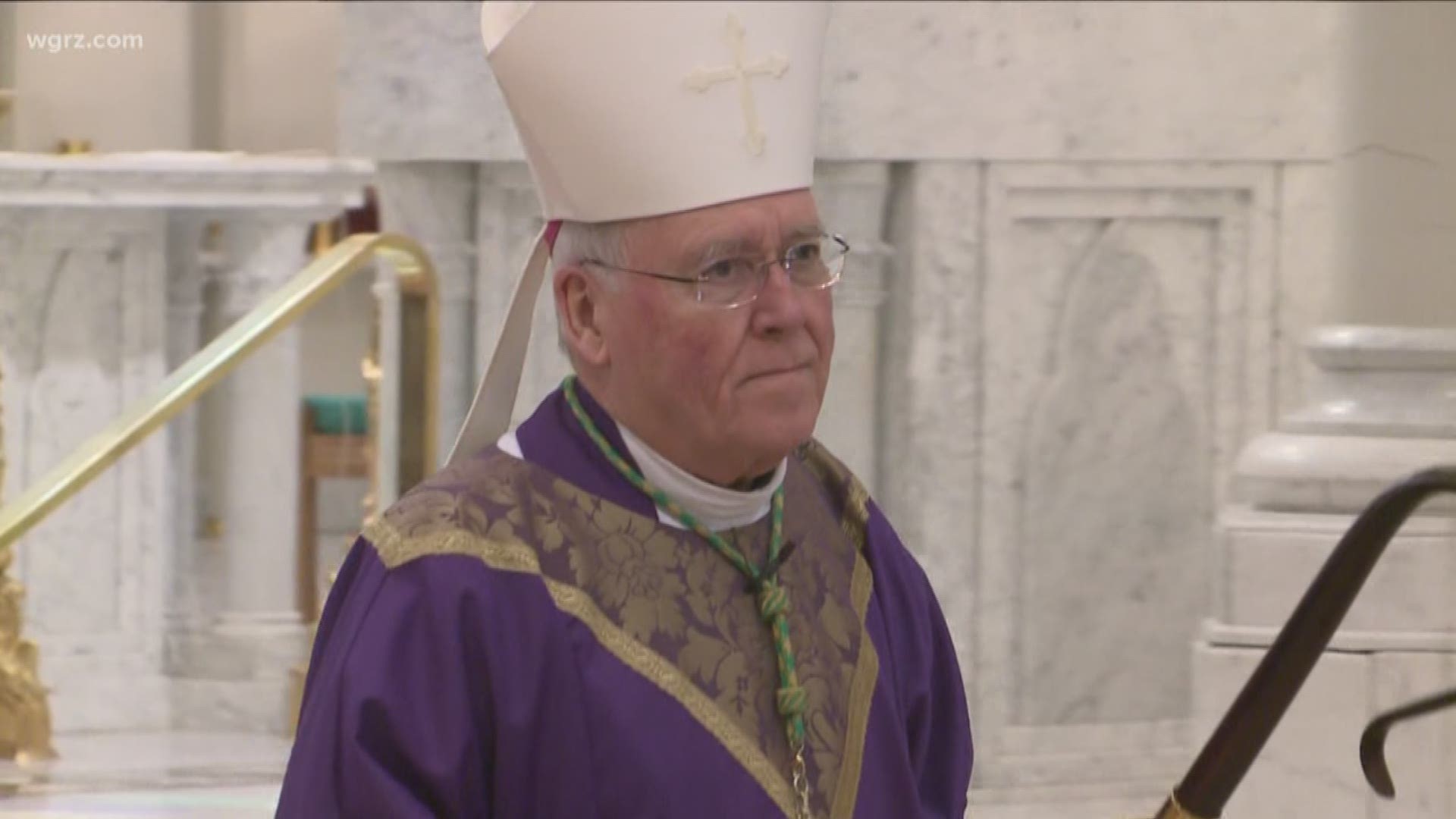 BUFFALO, N.Y. — The Catholic Diocese of Buffalo and the Movement to Restore Trust (MRT) announced a new partnership to create reform initiatives.

The partnership was formed following dozens of allegations of sex abuse by some clergy in the diocese.

The two groups will work together in the coming months to implement reform. Their first meeting was held April 11 and they agreed on the following initiatives:

-A commitment by Bishop Malone to hold Diocesan-wide listening sessions.  Those dates and locations will be released by the end of April and Bishop Richard Malone says he's committed to holding sessions over several months.

-Bishop Malone will continue to meet with victims

-The Diocese will work with MRT representatives to review the Diocese’s approach to releasing the names of clergy who have been credibly accused of sexual abuse.

-The Diocese and MRT representatives will review the Diocese’s intake processes for sex abuse claims to insure that victims of sex abuse are treated with dignity and respect and receive proper pastoral care.

-Bishop Malone will work to establish a new process for allegations of sexual abuse or misconduct that are made against a bishop of the Diocese of Buffalo.

-Expanding the Use of the Ethics Reporting Service.

“We are pleased with the progress made over the past month,” said John J. Hurley, president of Canisius College and one of the leaders of the MRT in a released statement. “From the start, Bishop Malone has embraced the reform recommendations developed by approximately 150 Catholic lay people who have been working on MRT work groups since early December. We are working in an active partnership with the Diocese to bring hope and healing to the Church in Buffalo. We fully recognize that these first steps are not complete solutions, but the process of restoring trust is underway.”

“The work of the JIT, bringing together representatives of the MRT and the Diocese of Buffalo, is an excellent example of the call for “co-responsibility” in the church,” stated Bishop Malone. “I am encouraged and energized by the work accomplished by the members of the JIT at their first meeting and pledge to continue to collaborate together. I accept and embrace their efforts to assist victim-survivors and our Diocese to heal. The dedication and commitment that all the members have for the well-being of our Diocese is inspiring and hope-filled in moving forward to restore trust. Over the decades since the Second Vatican Council, there have been challenges, especially in recent times, to realize the vision the Council foresaw for the Church. This is the time to fully embrace healing and also the true vision Vatican II hoped for the Church.”