Bishop Malone says he has no plans on stepping down

On Thursday, The Movement to Restore Trust had called on Bishop Richard Malone to resign. 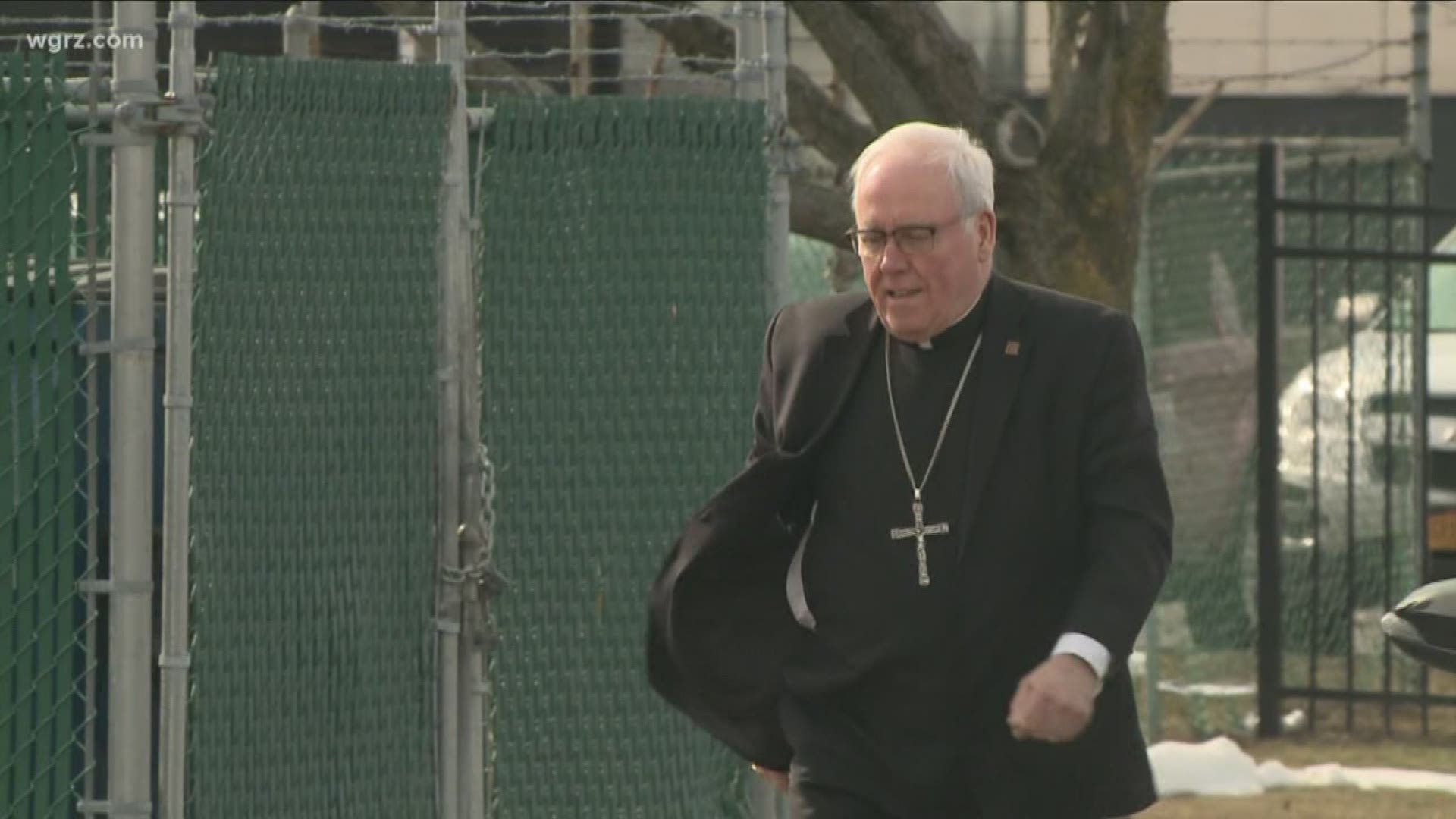 BUFFALO, N.Y. — Bishop Richard Malone was at WBEN radio on Friday, where he did his first interview since the Movement to Restore Trust asked him to resign.

2 On Your Side tried to get a hold of him Thursday night, but our requests for an interview were denied. After attempting to reach him again on Friday, we waited outside of WBEN throughout the interview and for about a half an hour after, until we were told he was taken out a back door.

While the bishop didn't talk to us directly, WBEN did allow to us record their interview.

The bishop told the interviewer he has no plans on stepping down.

"I intend to continue with the ministry to which the church has called me for as long as I can do it. I really want to be part, with the lay folks and my priests and deacons, part of leading us out of this terrible storm," Bishop Malone said.

With each development in Buffalo's clergy sex abuse crisis, come more people calling on Bishop Malone to step down.

The latest is The Movement to Restore Trust, an independent group of influential Catholics, many who know the bishop personally.

Robert Greene, one of the organizing committee members, told us on Thursday, "Sometimes when a leader has kind of become the focus of a lot of disagreement, that leader just loses all effectiveness and we think that's what's happened." 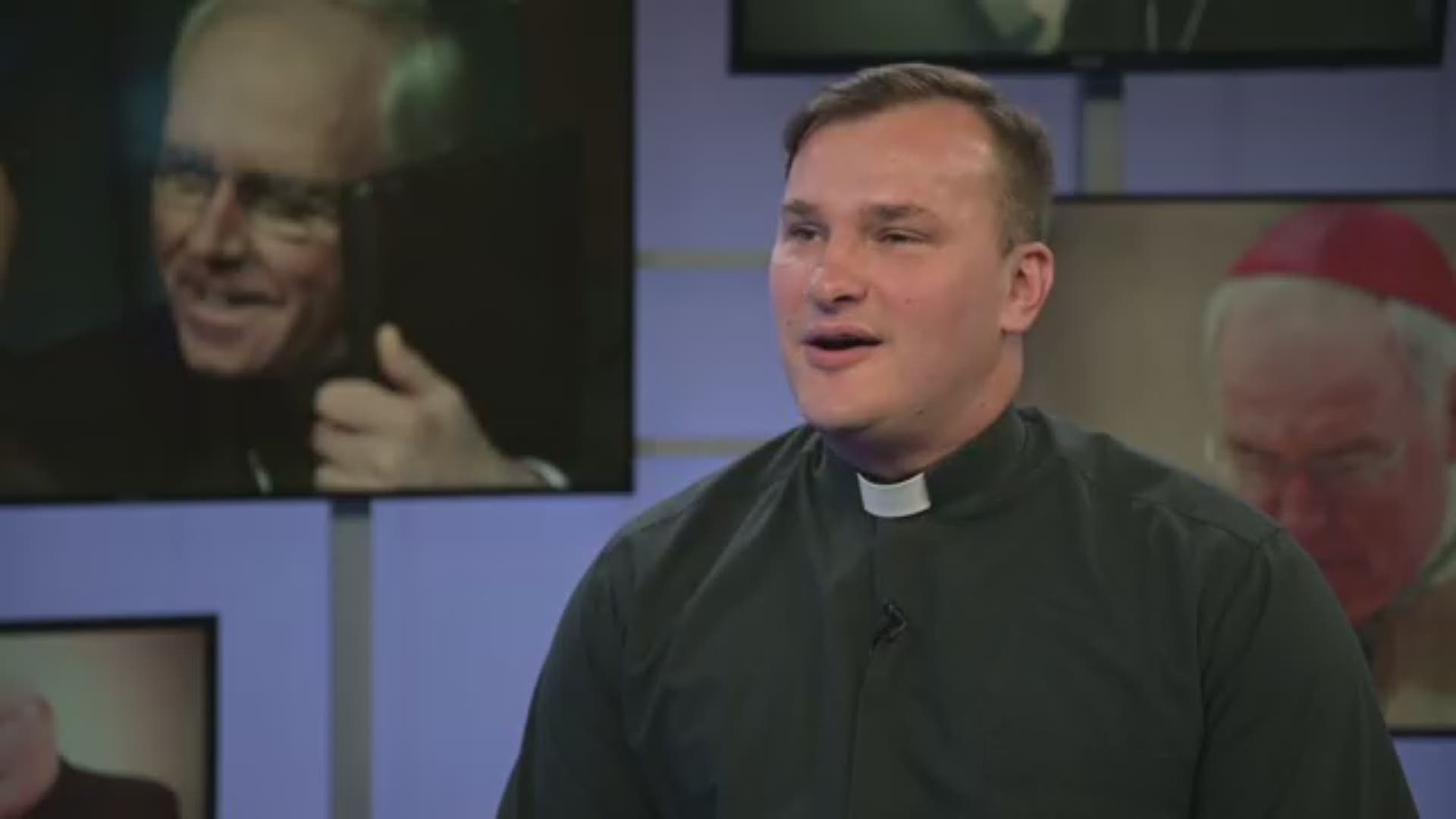 Those remarks came just one day after the bishop claimed the people who wanted him out, were the minority and if he thought otherwise, he would reconsider his commitment.

But that no longer seems to be the case.

WBEN Interviewer: "Under what circumstances would you resign?"

Malone: "The bottom line is that a bishop cannot resign on his own anyway. He has to petition the Pope and have a very, very strong ... reason for that because the call to become a bishop of a diocese is a very serious and profound one."

Now without the support of the Movement to Restore Trust, the bishop said he will continue to focus on strengthening the trust and faith of the people of the diocese.

"When some of our members have done horrific things, it puts kind of a dark cloud over everybody and I'm just proud and grateful for my priests hanging in there and serving their people so well," Malone said.

A spokesperson with the Diocese of Buffalo released this statement on Friday in response to the Movement to Restore Trust calling on the bishop to step down:

Bishop Malone was disappointed to receive the news from John Hurley that the Movement to Restore Trust (MRT) Organizing Committee has decided to cease their collaboration with the Diocese and also to call for his immediate resignation.

The MRT began their work with a faith-filled and passionate concern for the Church throughout Western New York.  While the Church has faced deep challenges, the dialogue and discussion of the Joint Implementation Team (JIT) helped the diocese make significant progress over the past several months, including holding seven Listening Sessions across Western New York. Bishop Malone was looking forward to continuing to cooperate with the MRT and regrets that the work will now have to be done without their assistance.

Nevertheless, Bishop Malone will continue to work with the established consultative bodies in the diocese such as the Diocesan Pastoral Council, Bishop’s Council for the Laity, Presbyteral Council, and other priest and lay leaders to accomplish the goals of assisting the healing of victim survivors of sexual abuse, enhancing lay involvement in the Church, and strengthening the trust and faith of the people of this diocese.