CLEARING THE AIR: A 2 On Your Side special report on vaping

With mystery illnesses on the rise, an increase in use among teens and local stores caught selling vaping products to minors, we go in-depth on vaping. 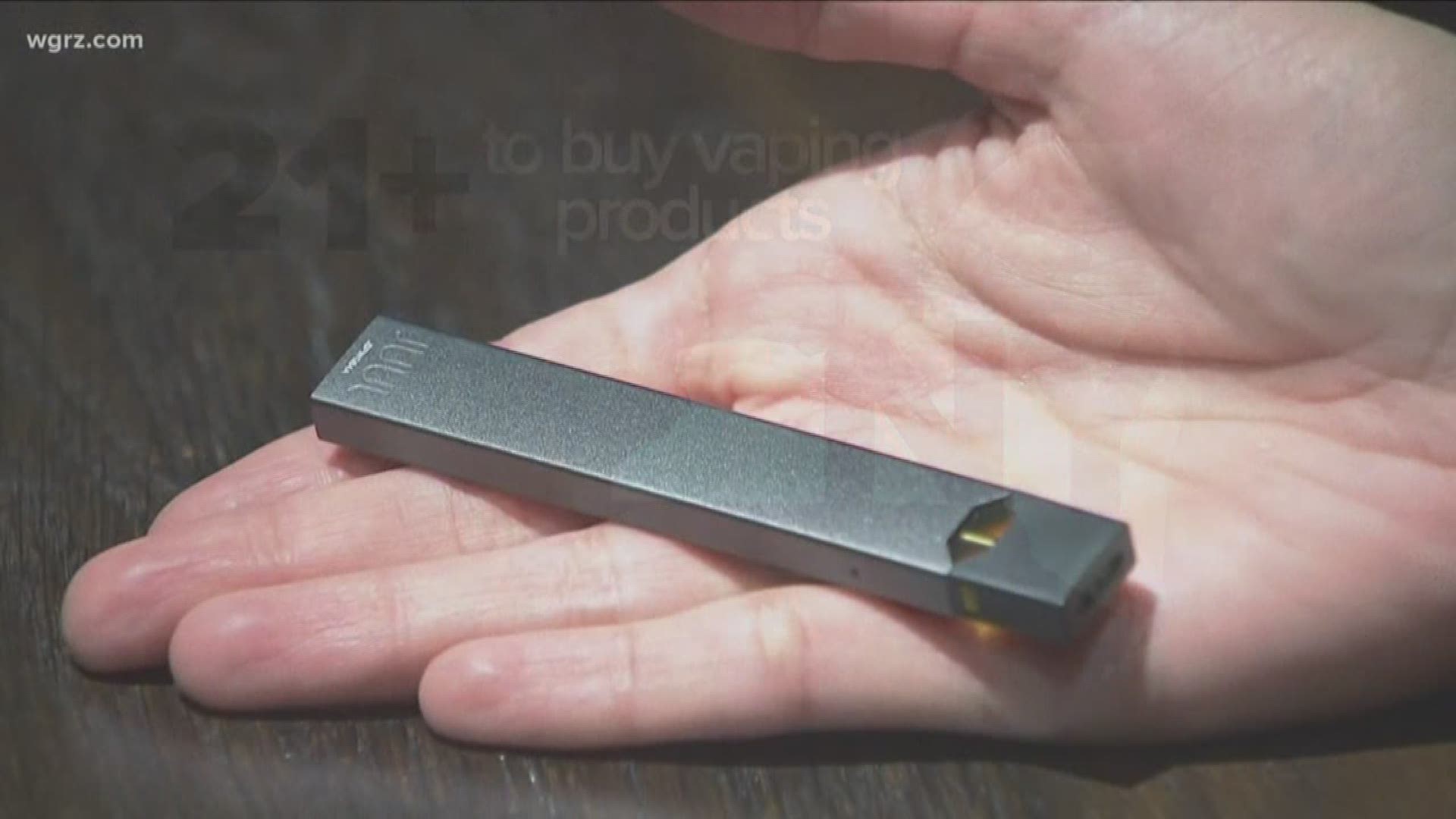 BUFFALO, N.Y. — Just five years ago, vaping wasn't even in most dictionaries.

Now it dominates headlines, with controversy surrounding thousands of mystery illnesses, the sharp rise in use among young people and questions about what's really inside some of the products.

2 On Your Side tackles all of those issues in our special report, Clearing the Air.

The CDC on Thursday updated national numbers showing the number of lung diseases connected to vaping has increased once again. There are now 2,051 cases in 49 states, including New York. At least 42 people have died.

In Western New York, there are between eight and 21 confirmed or probable cases. We only have the range, because the New York State Department of Health refuses to say how many cases are in each county.

The vaping industry points out the illnesses have been tied to black market products.

"Zero of these cases have been attributed to any product in the legal nicotine vaping industry," said Andrew Osborne, who owns a vape shop in South Buffalo and is vice president of the New York State Vapor Association.

Use skyrocketing among teens

Beyond the lung diseases, which continue to be investigated, there's the epidemic of vaping use among young people.

Peer pressure hasn't been limited to school. Kids have been inundated with online marketing for e-cigarette products, especially on apps like Instagram and Snapchat.

"Because of influencers, you know," said Tanner, a teen who admitted to becoming addicted to vaping. "Taking hits of vapes and saying, 'Oh this is so good, it's better than cigarettes, you should try it.' "

A Congressional memo says vaping giant Juul paid schools up to $134,000 to get access to some students. The memo called it a "sophisticated program that targeted teenagers and children as young as 8 years old in order to become the nation's largest seller of e-cigarettes."

In one instance, representatives told students that Juul's products were "totally safe."

You must be at least 21 to purchase e-cigarette products in New York State and many other places.

Kids get e-cigs when someone else purchases the products from them. That person is sometimes called a "plug." Teens also go online and lie about their age through sites with weak verification. And then you have stores that simply break the law and sell to minors.

2 On Your Side got inspection reports for the past two years from the FDA's Center for Tobacco Products.

Across the state, including in New York City, inspectors reported 86 instances in which stores sold vaping products to minors. Incredibly, 46 of those -- or 53% -- were in the eight-county region of Western New York.

In most cases, businesses found to have violated the law were given a warning letter, because it was their only recent infraction. But the following eight stores faced fines for being repeat offenders:

What about folks who are 21 or older and who purchase vapes legally? Can they be confident that the products are as advertised?

In our tests, Lightscale Labs tested for 130 common and problematic chemicals, including pesticides and carcinogens, as well as Vitamin E acetate, the additive that's been tied to many of the mystery lung illnesses. We also had another partner lab test for heavy metals.

The "Fresh Hemp" CBD cartridge is the only product that failed the test. It had no CBD in it and instead tested positive for lead, with an alarming amount detected.

There are no federal standards for the amount of lead allowed in vaping products, but California has set limits. Our sample tested 800 times over that limit.

Juul's product passed our test. The company said in a statement that it uses third party testing to make sure every lot of e-liquid is safe.

Dr. Karen Schultz, a pulmonologist, warns that there are still some questions surrounding vaping, even when the individual chemicals may seem safe.

"We don't know what happens to all those chemicals when they get heated and then inhaled," Dr. Schultz said.

It's just one of the burning questions surrounding an industry that is clouded in controversy.