"We have plans, we have alternate plans but it's an absolute and dire need and emergency to get more school bus drivers," said Superintendent Mark Laurrie. 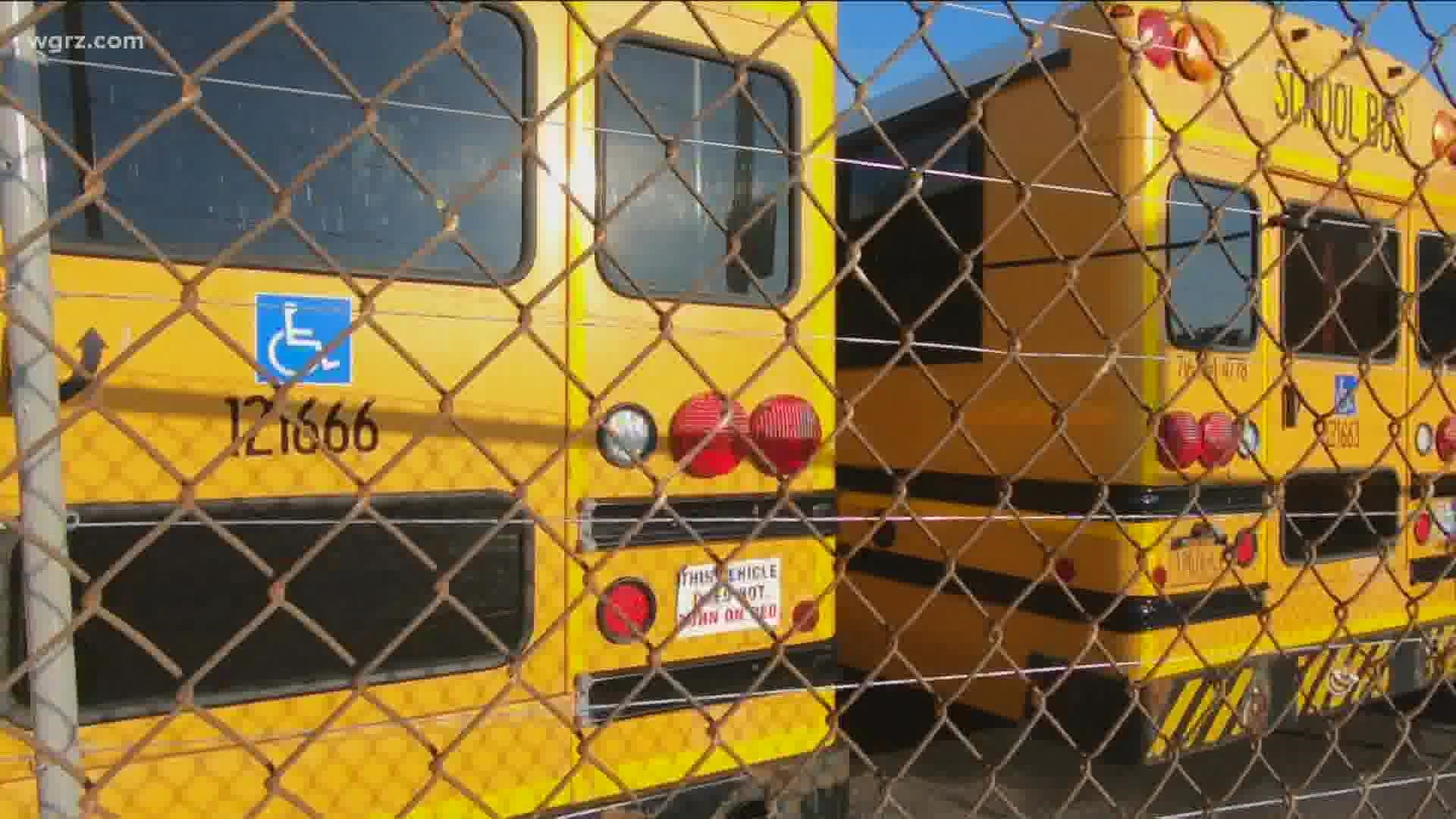 BUFFALO, N.Y. — While reopening plans may be in place and ready for students to return next week, some Western New York school districts are in need of bus drivers to get them to the classroom.

"We are one week away from starting school and the only concerning issue is school bus drivers right now," said City of Niagara Falls School District Superintendent Mark Laurrie.

Monday evening, during a school reopening meeting Williamsville Central School District Superintendent Dr. Darren Brown-Hall informed parents the district is in need of 12 bus drivers. He said buses will be at full capacity.

"Please be patient during the first two weeks of school because we know there will be some lateness in the morning and tardiness in the afternoon as bus drivers get their routes completed and down pat," said Dr. Brown-Hall.

It's a similar situation in Niagara Falls, Superintendent Mark Laurrie said the district needs to hire 14 drivers to run smoothly and may have to combine bus routes until people are hired.

"We need 60 bus drivers, today we are sitting on, through our contracted services 46, that's 14 fewer than we need to comfortably transport students," said Laurrie. "We have plans, we have alternate plans but it is an absolute and dire need and emergency to get more school bus drivers."

Laurrie said the district is contracted with Niagara Falls Coach Line and First Student and said they are offering competitive wages to attract drivers.

When asked about why there is a bus driver shortage, Laurrie said it could be the split shift drivers work and/or seniors who chose not to drive this year due to health concerns.

There is also a shortage in the Buffalo Public School District, a district spokesperson said they are facing a shortage of 150 drivers from First Student. They are postponing after-school programs until mid-October until more drivers are hired.

"I think school leaders are doing a great job of finding people to drive the buses and school work is really rewarding and I think districts will have those positions filled and the buses will roll and get kids to school like they always do," said Cornell.