Krug was on trial for two counts of deprivation of human rights after first jury failed to reach a verdict on the charges earlier this year. 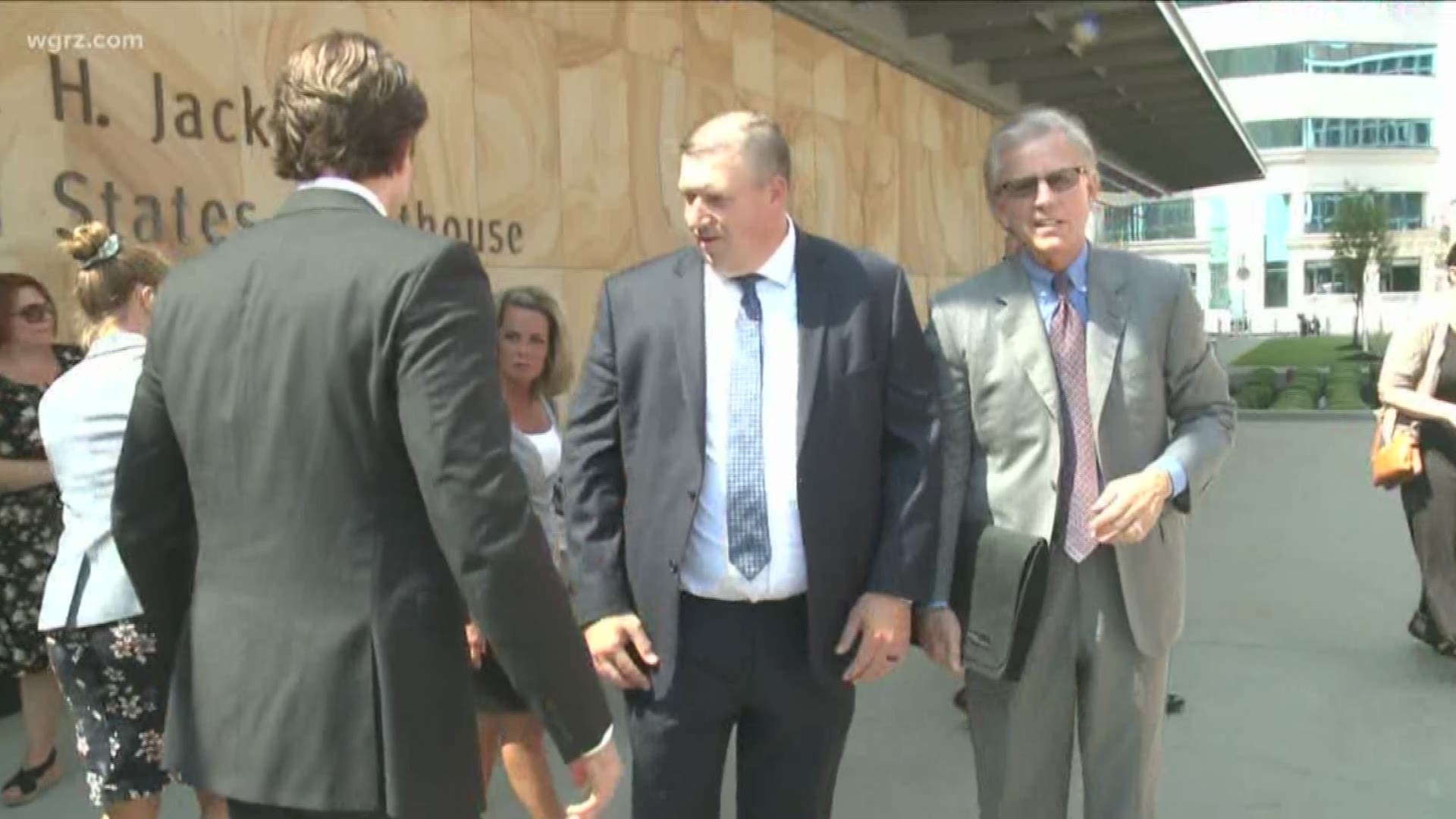 BUFFALO, N.Y. — On Tuesday, a federal court jury found Buffalo Police officer Corey Krug not guilty of two charges related to the use of excessive force.

Krug was re-tried on the charges after a jury deadlocked on them in February.

The charges were connected to incident that took place on Chippewa Street the night before Thanksgiving in 2014.

Outside the courtroom, when asked for his reaction to Tuesday's verdict, he replied to 2 On Your Side's Jackie Roberts that he was glad to be back with his family and anxious to get back to work.

“We respect the result because it was the product of a fair process designed and undertaken in order to ensure that all people receive equal treatment under the law. A jury of Officer Krug’s peers evaluated the evidence, including the video of the incident, and determined that no violation of federal law occurred.”