Schroeder: Not his role to make laws as DMV head 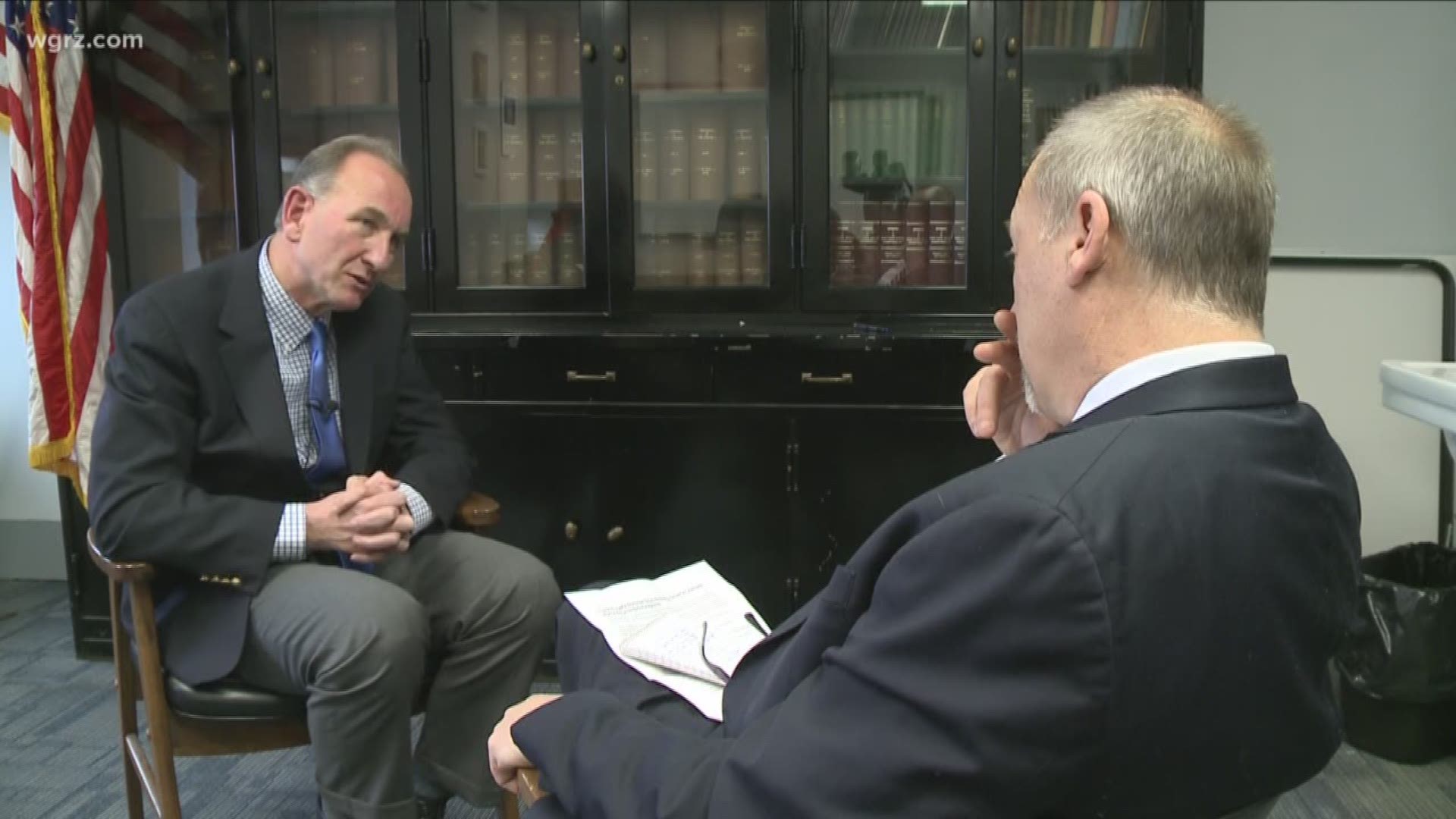 Schroeder, who has served as Buffalo’s elected fiscal watchdog for seven years, says he was first contacted about a month ago by the governor’s office to gauge his interest in becoming they next state DMV Commissioner.

“After they broached the subject with me I reflected on my experience in both the private and public sector including my roles as a member of the Erie County Legislature, the State Assembly, and as City Comptroller,” Schroeder told WGRZ-TV in an interview on Monday.

He also said he didn’t take long to confirm his interest in the job, as the leader of an agency that serves 20 million New York motorists.

“I’ve known the Governor for 20 years and I knew his dad, former Governor Mario Cuomo, and I have had a very good relationship with the Governor over the years,” he said.

Schroeder, should he be paid what the last DMV commissioner was making, would also see a salary increase of roughly 70 percent from the nearly $83,000 he currently makes as the city’s comptroller.

Into the Frying Pan

Should Schroeder be confirmed by the NY State Senate as the new DMV Commissioner, he will enter that role at a time when state lawmakers will be considering a bill which may generate a firestorm of controversy.

If approved, The Driver’s License Access and Privacy Act would allow motorists to apply for driver’s licenses regardless of immigration status ... something dozen states and the District of Columbia currently allow.

Governor Cuomo’s office has said he would sign the legislation if passed.

Schroeder, as a member of the NYS Assembly, spoke out against such a measure when it was pushed 12 years ago.

However, Schroeder says his opposition was steeped mostly in what he described as the heavy handed way in which then Governor Eliot Spitzer tried to enact the measure.

“The approach that Governor Spitzer took in my view was misguided,” recalled Schroeder. “He attempted by executive order to command and demand that undocumented workers have a pathway for a license."

Schroeder felt then, and still does, that the question should be decided in the form of a bill before the legislature.

“To me, that is the proper way … this should be vetted publicly, allowing for hearings and debate and this is what’s going on now,” Schroeder said.

Schroeder demurred when pressed about his personal opinion on the topic, suggesting that as DMV Commissioner it would not be his role to weigh in on the debate, but to abide by and administer whatever laws the legislature might pass.

“I understand what role I would play,” he said.

Upon Schroeder’s expected departure from his current office, it will be up to the Buffalo Common Council to appoint someone to serve out the remainder of Schroeder's term which expires at the end of this year.

This could also lead to a hotly contested race for a full, four year term for city Comptroller this November.

Schroeder says he will continue to live in Buffalo and commute to Albany while serving as the head of the DMV.

“We've had two DMV Commissioners from Buffalo in recent years,” said Schroeder noting that David Swarts served under Governors Patterson and Spitzer, and that Nancy Naples served in the role under Governor Pataki.

"They both lived in Buffalo and commuted to Albany when necessary and that sounds comfortable to me,” Schroeder said.