New law allows for it, but schools will have to work out costs and implementation, which may not come in time for the upcoming school year. 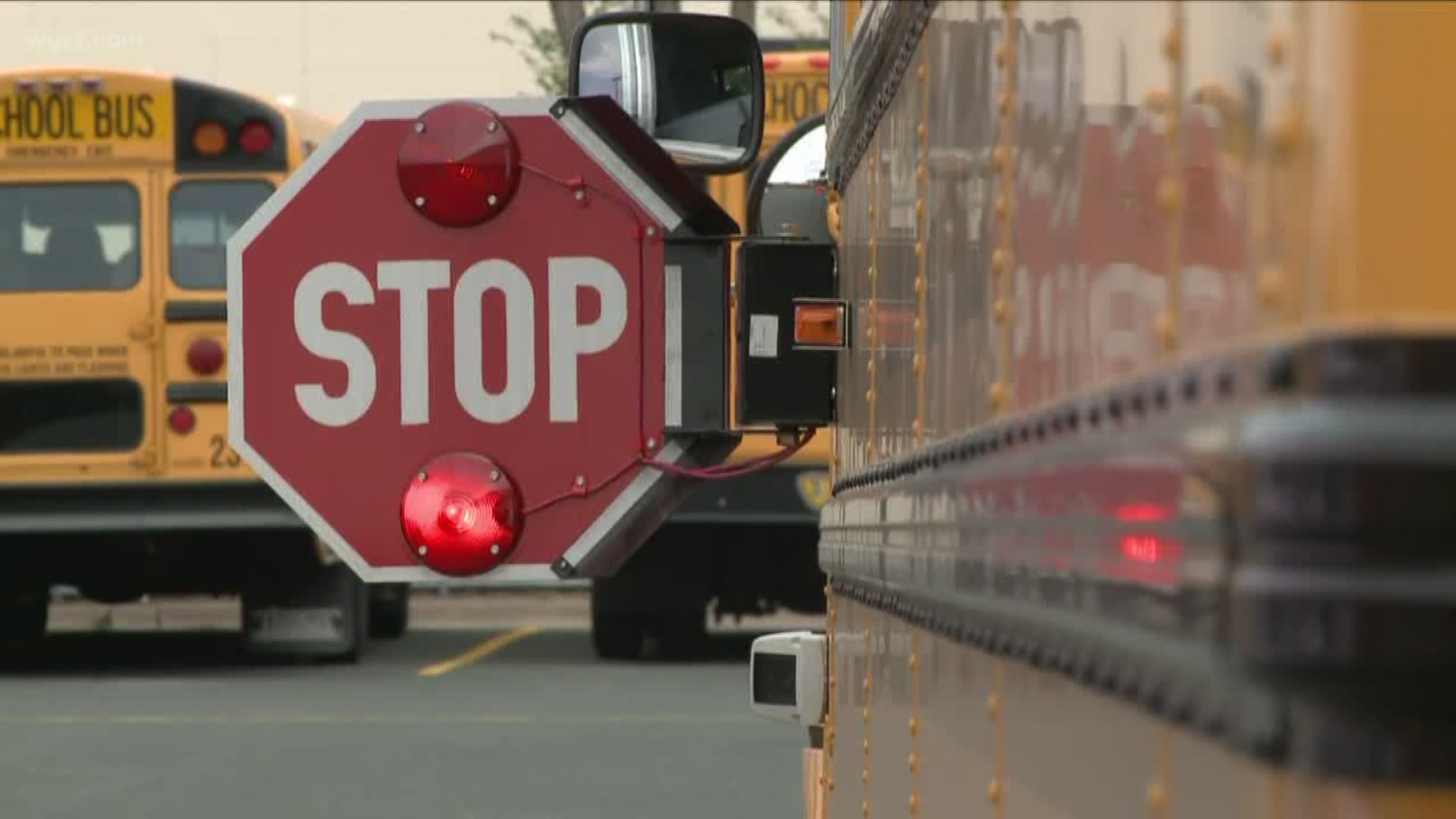 BUFFALO, N.Y. — Gov. Andrew Cuomo signed a law passed by state legislators, which will allow school districts to install cameras on buses to catch those who illegally pass them when stopped with their red lights flashing.

The video may then be shared with police in an attempt to cite those who violate the law. However, the decision on whether to install the cameras will rest with individual school districts, which will also have the responsibility of figuring out the financial arrangements to pay for them.

"It’s an opt in program,” said Senator Tim Kennedy (D-South Buffalo), who sponsored the legislation. Kennedy believes school districts will work out a variety of arrangements similar to those in the 16 other states which have already adopted the measure.

"There has been different ways that school districts and municipalities have contracted with the camera companies in order to make sure this is a system that's working," said Kennedy. "Some districts and municipalities rent these cameras and the companies get a fee, some buy the cameras outright, some pay the cameras back with fines that are accrued so there’s different ways to pay for it, and as far as the cost to taxpayers it should be a wash."

Kennedy also says the spirit of the law is not to generate revenue but to set up a program where the cameras essentially pay for themselves.

An all too frequent violation

Despite a long standing law, the state estimates that motorists illegally pass stopped school buses 150,000 times each school year. A group representing bus drivers calculates the number to be much higher, based on driver surveys.

Will districts adopt the use of cameras?

Both Kennedy and Christopher believe that despite the inherent complications in establishing a stop arm camera program, many districts will adopt one.

"It really puts the district in a position to find the money because just one single incident that could have been prevented will be worth all the dollars that we could spend,” said Laurie.

Laurie suggested school districts could also try to seek grants from entities within their communities concerned with student safety.

Until now, the only way to flag motorists for flouting the law was if the violation was actually witnessed by police, or if the school bus driver managed (within perhaps a split second) to get a plate number, along with a vehicle and driver description.

“And they’re most often too busy managing the kids getting on and off the bus to do that,” said Christopher, while adding that the driver would also have to press charges and take the time to see the case through the legal system.

“These cameras will give law enforcement a new set of eyes to catch and track down the violators,” Kennedy said.

A word to the wise

Under the new law, the owner of the vehicle captured on camera illegally passing a stopped school bus can be fined $250. Similar to red light cameras; however, there will be no points on car owner’s license. That’s because the way the law is set up, the camera will only identify the car and its license plate, and not the operator driving it. Kennedy explained, you cannot place points on the license of a driver when you cannot prove they were driving the car.

However, motorists should note that if they are caught illegally passing a stopped school bus by a law enforcement officer who pulls them over and identifies them, then they can expect a fine and an assessment of up to five points on their license.

Some districts, such as the Buffalo Public Schools, contract out for buses. In those cases, the law provides for the ability to work with their vendor to have stop arm cameras installed if it is the wish of the school district to do so.

A spokesperson for First Student, which the Buffalo Public Schools contracts with, told 2 On Your Side that if the district wants the cameras on the buses the company provides, then it will work to arrange for that.

He added that First Student is experienced with similar laws in other states, and believe in student safety as well as meeting the needs of its customers.