With school back in session, some WNY districts still face a shortage of bus drivers 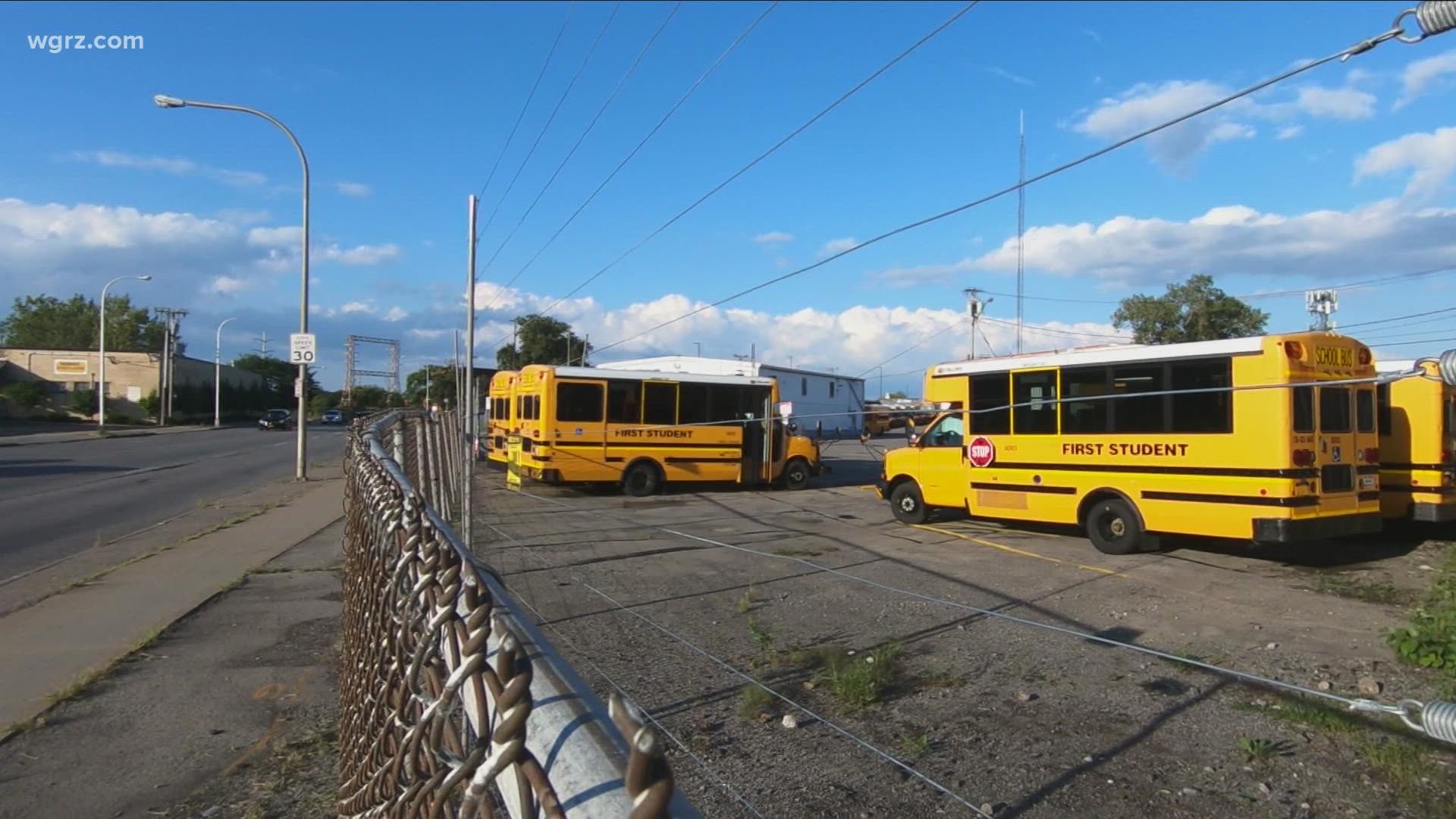 BUFFALO, N.Y. — Many Western New York school districts welcomed students back into the classroom on Tuesday.

Despite all of the obstacles districts faced to make schools safe for students during the pandemic, they have one more hurdle to jump, getting them to and from school during a nationwide bus driver shortage.

"Where we still have a concern is in our school bus drivers, we need 60 bus drivers on the road at all times in order to smoothly and efficiently transport children to and from school," said City of Niagara Falls Superintendent Mark Laurrie.

Superintendent Laurrie said the district currently has 50 bus drivers, 10 short of what is needed.

"We're putting that burden right now back on the high school where we've doubled up bus routes. We don't like to do that, but that's what we have to do. We're trying to open up clubs and activities early so that more kids will stay after right at the beginning of the year, which would decrease the number of buses that we have to have," he said. "But ultimately we're going to have to ask for patience."

"Most of our drivers are over the age of 55, the young generation is not choosing a career as a school bus driver, also lots of internet sales, salaries for truck drivers have gone up almost 100% and Amazon is expanding and hiring 1,000's of drivers," said Finkelstien.

Last Monday, during a school reopening meeting Williamsville Central School District Superintendent Dr. Darren Brown-Hall informed parents the district is in need of 12 bus drivers. He said buses will be at full capacity.

There is also a shortage in the Buffalo Public School District, a district spokesperson said they are facing a shortage of 150 drivers from First Student. They are postponing after-school programs until mid-October until more drivers are hired.

In the City of Rochester, the city school district will be starting the year remotely due to a shortage of 70 bus drivers.