District officials say students who are caught vaping get in-school suspension and a referral to a drug and alcohol counselor. 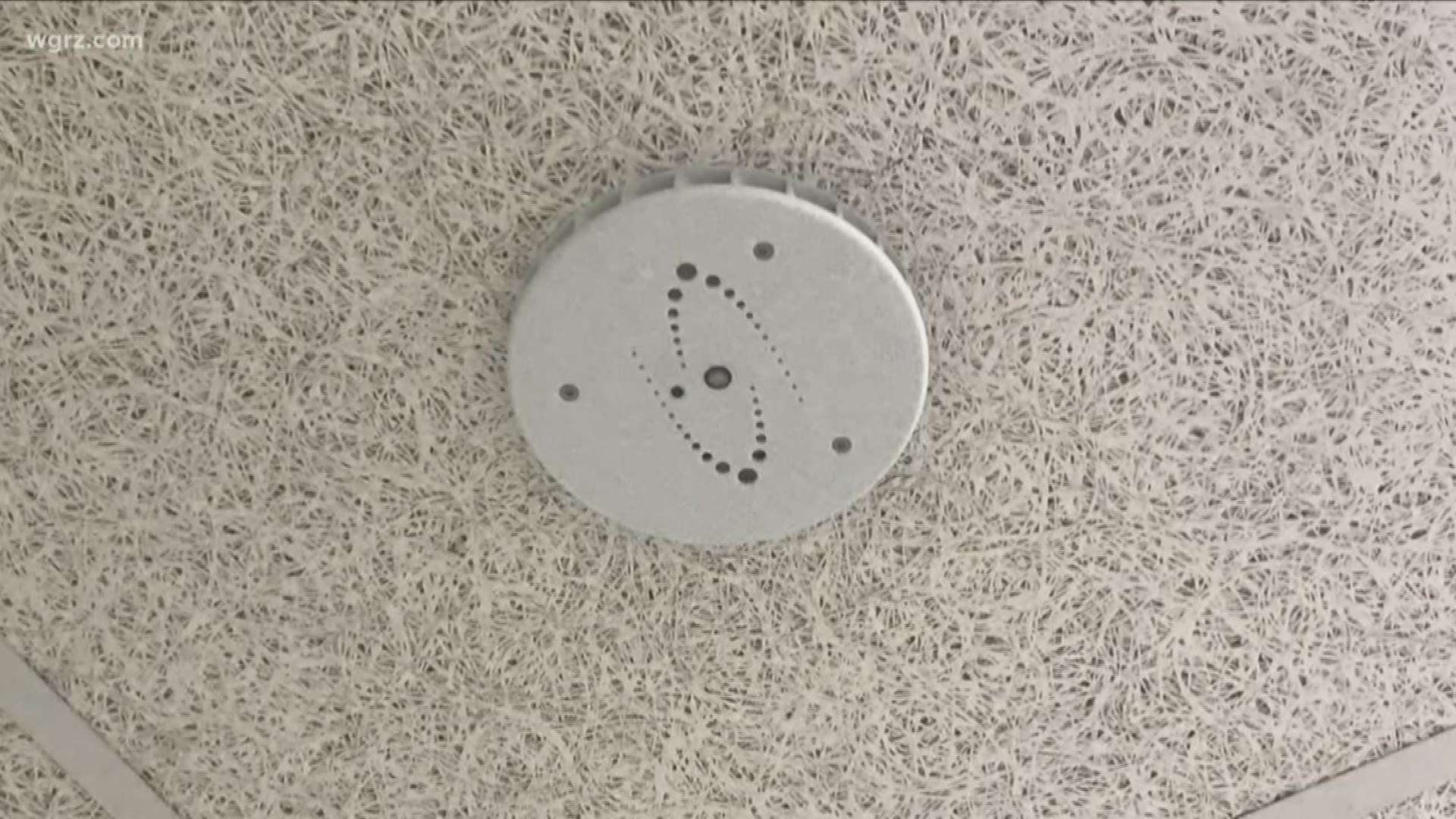 SALAMANCA, N.Y. — As vaping continues to become more and more popular, especially among teens, a school district in the Southern Tier is looking to crackdown on vaping in schools. The new technology is called a halo device — the Salamanca City Schools have them in many bathrooms in the district's intermediate and high school.

The halos are meant to put out — once and for all — the vaping problem among students here.

"One of our biggest concerns is the age at which children are trying this we find students as low or as early as fourth grade who are being identified or who are being caught so to speak vaping," said Dr. Mark Beehler, assistant superintendent for academic services at Salamanca City Schools.

The Salamanca Schools installed 10 halo devices at the end of last school year. The devices can pick up all sorts of toxins and loud sounds that you would hear in a commotion.

"This was after a significant campaign to say these devices are coming into our laboratories," Beehler said.

Beehler demonstrated how they work, using disinfectant spray to trigger the halo. Within seconds a red light goes on, and an alert is emailed to district officials, telling them what the problem is and where.

"They have vandal sensors on them so if students come in try to vandalize them — knock them out of the ceiling — that sets off an alarm as well," Beehler said.

District officials say students who are caught vaping get in-school suspension and a referral to a drug and alcohol counselor. Student-athletes who are caught will miss playing one-third of their season.

"And that can become very significant for many of our juniors and seniors who are playing varsity sports and hopefully is a significant deterrent," he said.

The district has set up cameras outside bathrooms to know who is going in and out of them to vape.

"What would you say to anyone who may have a privacy concern about a camera continuously recording outside a bathroom?" 2 On Your Side's Jeff Preval asked Beehler.

"I believe it's important for us be able to identify who has gone into a restroom at what point in time or a locker room or any areas of the school that are not properly or completely supervised," Beehler said.

RELATED: Vaping suspected of causing 8 teens to be hospitalized in Wisconsin