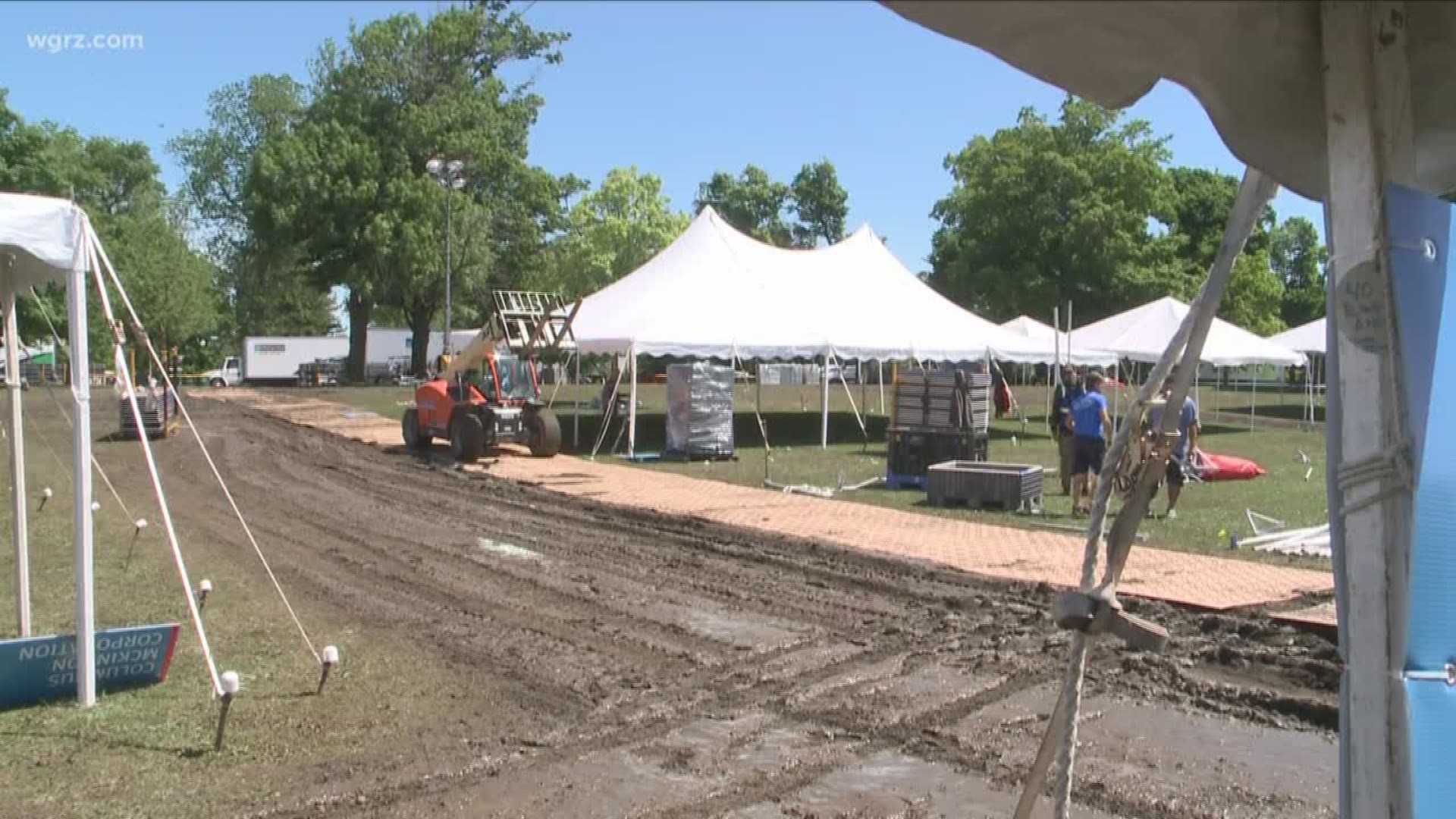 The damage was confined to a northeast section of the park where scores of large tents were set up for the participants and sponsors to congregate before and after the popular 5K race. The area also includes a small portion of the Delaware Park Golf Course.

If you take an event attracting 14,000 participants (representing 28,000 individual feet tromping about), fold in all the equipment needed to erect and dismantle the tent city, and stir in an already soggy spring, you have the recipe for one incredible mess.

That was the scenario Friday as crews needed to build plank roads to bring in fork lifts and other heavy equipment which could no longer pass through the deeply rutted mud in order to dismantle the tents.

While J.P. Morgan presents a donation to Olmsted Parks Conservancy for allowing it to stage the event at Delaware Park, the donation will not cover the amount of repairs now needed according to a spokesperson for the Conservancy, who added that had it not been for the above normal rains this spring, the park probably would have been unscathed.

It is estimated that the cost to repair the damage could be in the tens of thousands of dollars, and while the Conservancy is exploring how much might be covered by insurance, it also hopes to tap donors for any additional funds needed to do the job.

"We are appealing to the community and also to the 427 companies that were out here last night to make a donation to the Conservancy to help us put this right for the other park users that plan to use the park for the rest of the summer," said Stephanie Crokatt, Executive Director of the Olmsted Parks Conservancy.

The Conservancy also believes the repairs to the damaged grounds could take several weeks to complete.

"It's going to take a lot of equipment to roll it and aerate it...it'll have to be seeded and then that seed will have to germinate.We hope the public can be patient, but it needs to understand that its Delaware Park is going to look a little bruised for a little while," Crokatt said.

When asked if the event had outgrown the venue and if the Corporate Challenge should be moved elsewhere, Crokatt said, "we have had 39 Corporate Challenges in Delaware Park and I think this is the first one where we've seen this level of damage... and it's a point of pride that they've come back every single year."

While the Olmsted Conservancy maintains the park, the City of Buffalo issues the permits to stage events within its confines, and Crokatt said that in the future she hopes the city will require event sponsors to include a deposit to cover damages which may occur.