"To have the celebration at the end of a tough treatment, it just means everything." 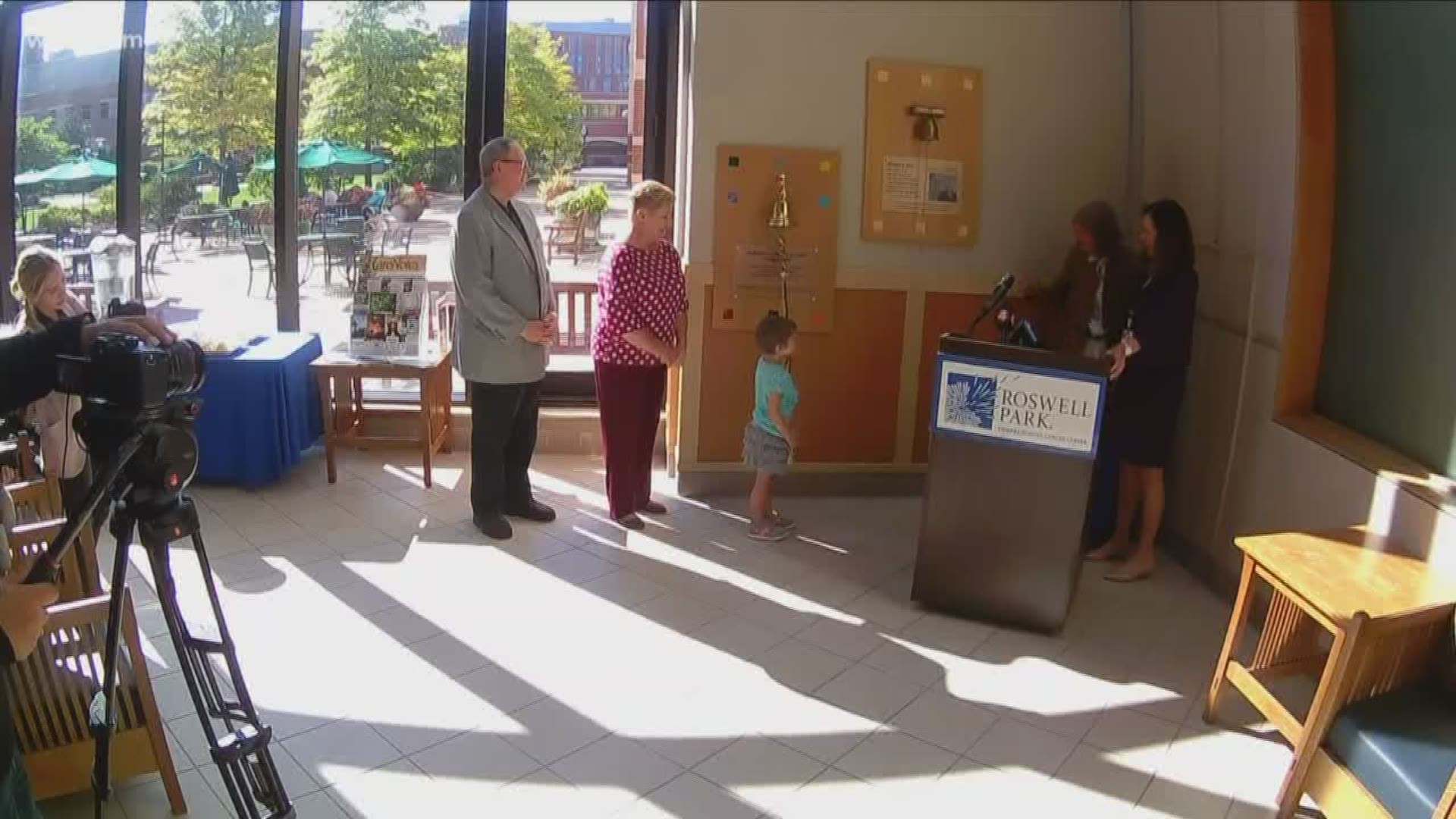 Her mother Lindsey Doll explained, "She was diagnosed with a Wilms tumor, which is a tumor on her kidney in July of last year."

Her battle with cancer included chemotherapy, radiation and surgery.

"It's been rough," Doll said. "There's been a lot of needles and not fun stuff along the way but she's been a trooper and really good and she's had a pretty positive attitude through the whole thing, as much as she understands at least."

Instead of treatment, Tuesday Kaila returned to Roswell for a different reason. She is the first kid to ring the new pediatric and young adult victory bell.

Roswell has had a bell on property for several years, and hearing the ring typically marks the end of treatment for someone fighting cancer. But, many pediatric patients couldn't reach it.

"Having something that is more accessible to kids but also really uniquely celebrates the importance of pediatric cancer and of these really brave, young warriors, is really special and really important," said Dr. Kara Kelly, a pediatric oncologist and the Chair of Roswell Park Oishei Children’s Cancer and Blood Disorders Program.

But the new bell, decorated with a bright-colored rope and a quote from Winnie the Pooh, also represents the importance of looking at kids and adults battling cancer as two different entities.

Dr. Kelly said over the years pediatric cancer hasn't been given the same attention as cancer in adults.

"The funding, development of new drugs is much lower," she said. "Only four percent of cancer funding goes specifically for pediatric cancer."

That's why the new bell is being revealed during September — Childhood Cancer Awareness Month. In that effort to raise awareness, each survivor following Kaila's footsteps will be able to ring the bell for victory, all by themselves.

Doll told 2 on Your Side, "It's the end of a not-so-fun journey for kids."

"You see how much these children and their families go through and to have the celebration at the end of a tough treatment, it just means everything," Kelly said.