Retired priest in Diocese of Buffalo placed on administrative leave

An initial complaint was anonymously filed, claiming that Reverend Monsignor James Kelly abused them as a child 15 years ago. Another complaint was filed Wednesday. 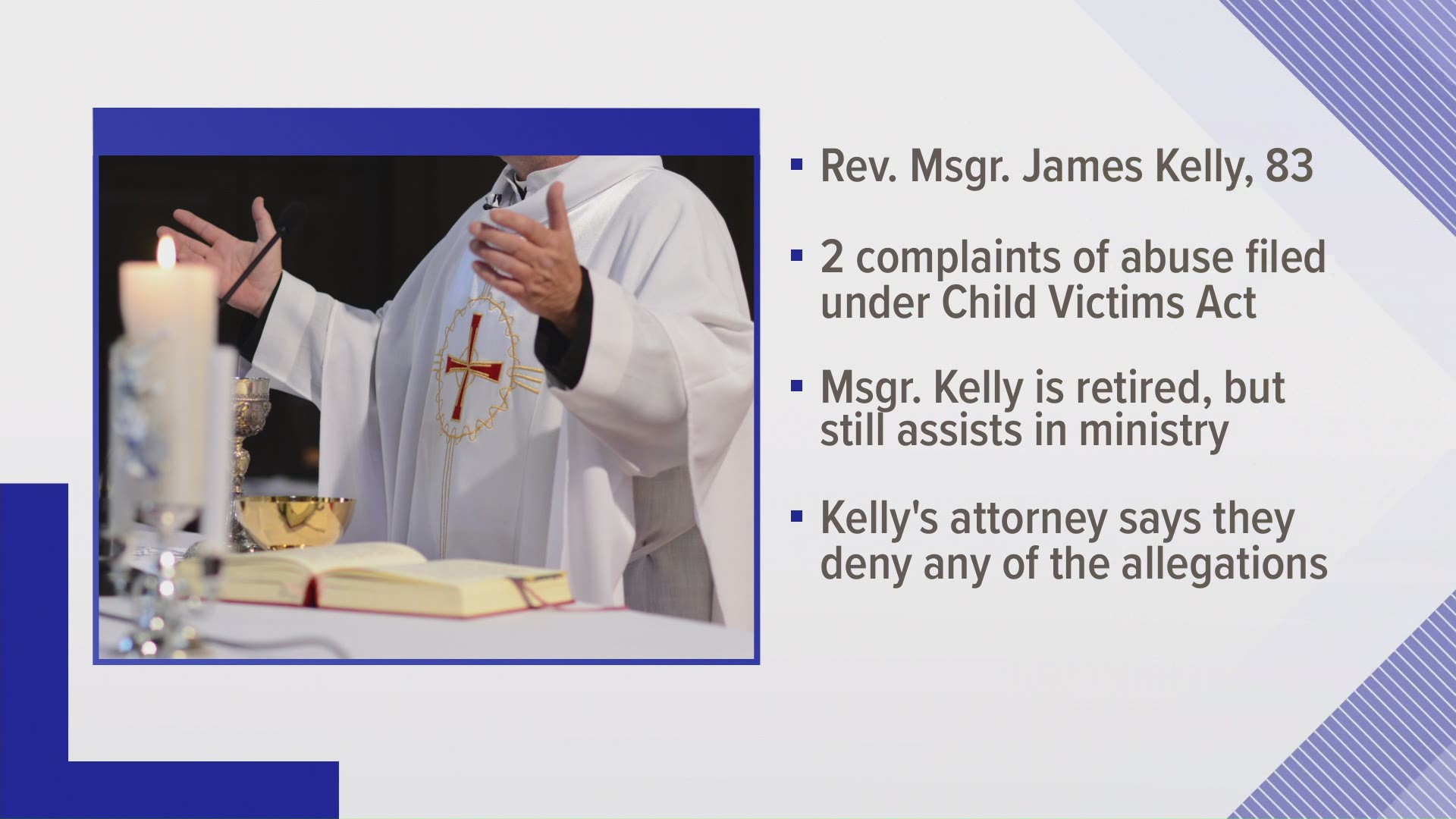 BUFFALO, N.Y. — A retired priest in the Diocese of Buffalo who still assists in parish ministry is on administrative leave after several allegations came to light under the Child Victims Act.

An initial complaint was anonymously filed, claiming that Reverend Monsignor James Kelly, 83, abused them as a child 15 years ago.

While looking into that claim, another complaint was filed Wednesday, alleging that Kelly abused them in the 1980s.

A spokesperson for Kelly vehemently denies the allegations.

In a Wednesday statement, the diocese said, in part:

"Upon learning of the complaint, the Diocese notified the Erie County District Attorney’s office, reached out to the attorney for the plaintiff, and confronted Msgr. Kelly, who denied committing any acts of abuse. The Diocese also reported the matter to the Independent Review Board, which will be responsible for appointing an independent investigator."

A spokesperson for Monsignor Kelly provided a statement to 2 On Your Side on Wednesday evening:

"Monsignor Kelly has served our community with distinction for 59 years. We vehemently deny any of the allegations contained in the recent lawsuit filed by the Anderson firm. We look forward to litigating this matter and clearing Monsignor Kelly’s name."