'I want to part of the healing,' Fisher said, adding that he wants to meet with any victims who would allow him to meet with them. He'll be the 15th bishop. 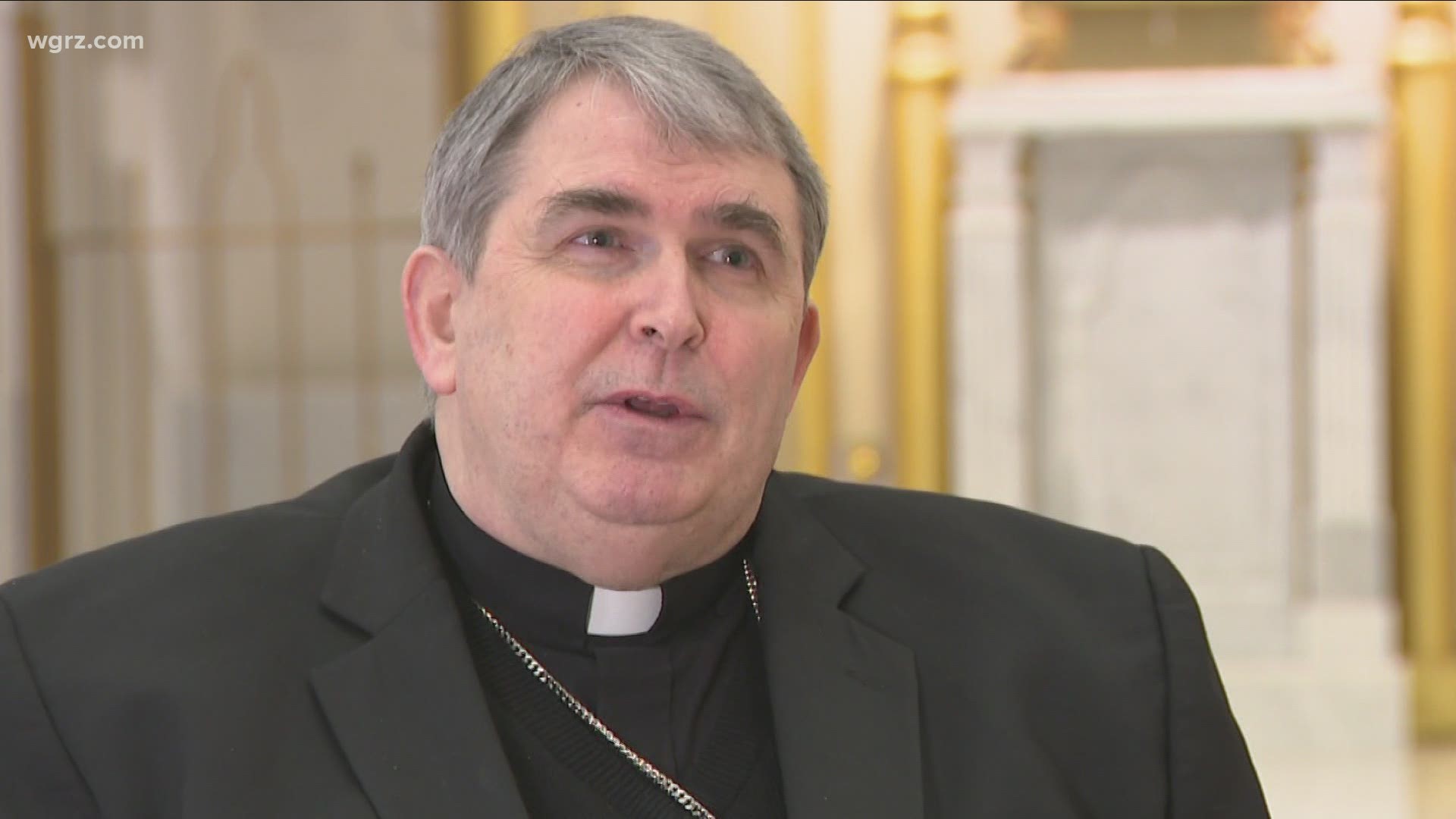 BUFFALO, N.Y. — Having lived most of his life in the Baltimore-Washington area, we asked Buffalo’s new Catholic bishop, Michael Fisher, if he knew anyone in Western New York.

Bishop Mike, as he prefers to be called, thought for a moment and answered, “No.”

To his knowledge, there are no familiar names or faces for him in the Buffalo Catholic Diocese.

That may prove to be an asset because after Fisher is installed on Friday afternoon, he faces a number of tough decisions. He says he’s willing to toss out clergy and others involved in the sex abuse scandal that rocked the diocese.

When the scandal bloomed in 2018, some disheartened parishioners stopped going to Mass. Many of them have not returned. Collections and donations fell to area churches and the diocese, and the financial weight of scores of sex abuse lawsuits pushed the diocese into bankruptcy. The lengthy court proceeding is not expected to end this year.

In the bankruptcy, Fisher says he first and foremost wants victims compensated. Afterward, his focus is on ministry.

“What are the resources we will have after that to help us educate our children, serve the poor and the pastoral ministries of the Diocese?” Fisher said.

But what will the new bishop do to restore faith in the diocese? He wants to start by meeting with abuse victims.

“That’s going to be an essential part of my ministry,” Fisher said. “I want to part of the healing, if they’ll allow me. I will meet with any of them, who want to meet with me.”

That’s a sharp departure from Fisher’s predecessor, now-former Bishop Richard Malone, who was roundly criticized for his handling of abuse complaints, including a reluctance to meet with victims. 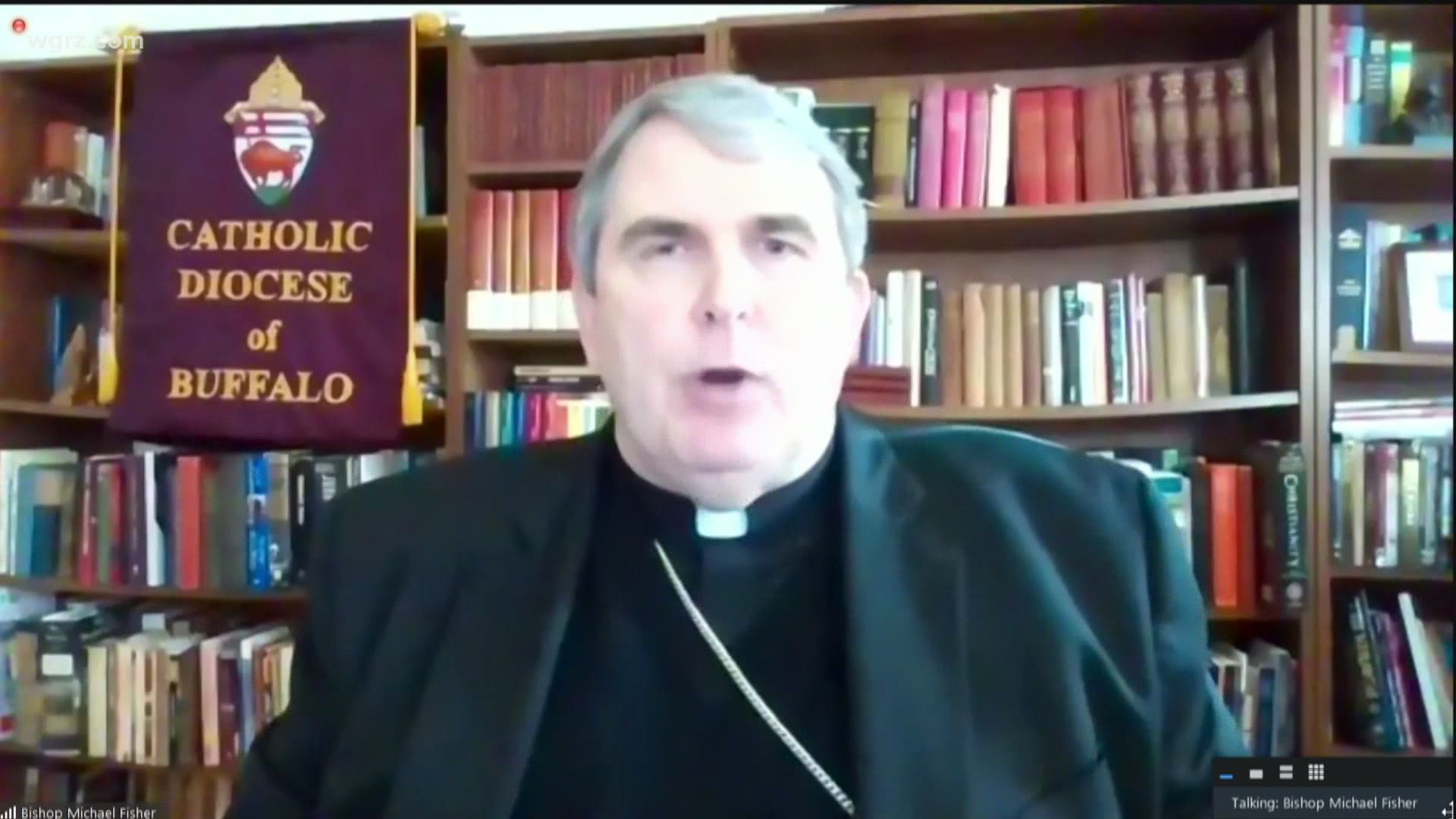 Friday, in St. Joseph’s Cathedral, where installation ceremony will be held, Fisher drew sharp lines about consequences for abusers.

“No clergy that has abused a child or vulnerable adult will be in ministry. They will not be shuffled from place to place,” Fisher said.

When asked what he’ll do if he finds a clergy member has abused someone, Fisher flatly says, “those days are over. They’re gone.”

For diocesan administration, including clergy, who knew about abuse or assisted in it covering-up, Fisher says, “they’re out.”

Similarly, if diocesan advisors, like legal counsel are found to have played a role in hiding abuse, the new Bishop says they face the very same sanction: banishment.

Fisher says he understands the impatience of parishioners who are eager for him to take action quickly and clean house within the diocese. He admits to being deliberate in his decision making, wanting all relevant information but adding, “Then, I’ll take responsibility for the decisions I make.”

The new bishop believes if he does what he says, then trust should follow.

And for Bishop Mike, that journey begins Friday. 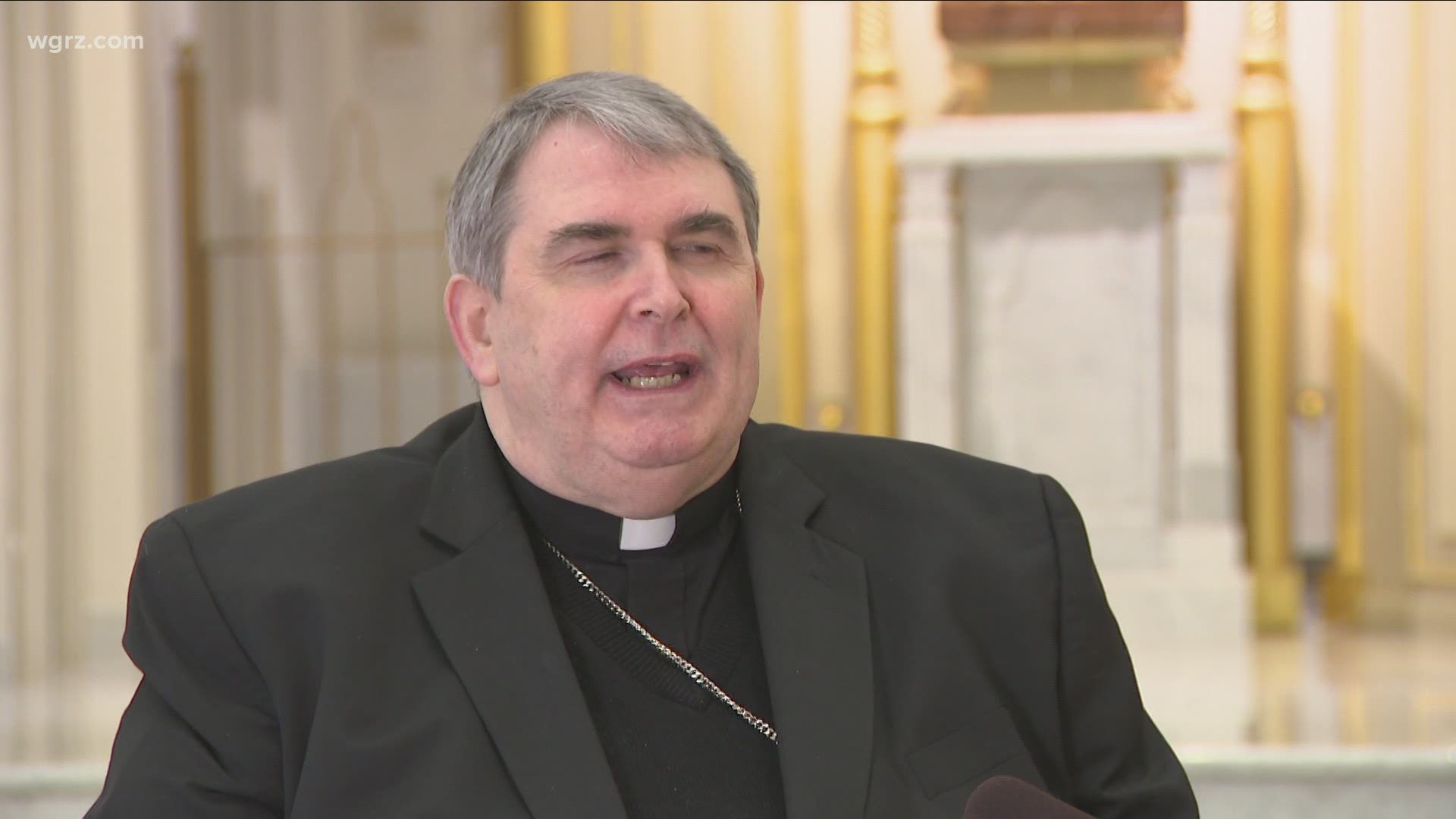