Poll finds less than half of Americans belong to religious congregation

Membership in houses of worship, whether it's a mosque, synagogue, or church, dropped below 50% for the first time since Gallup started polling for information. 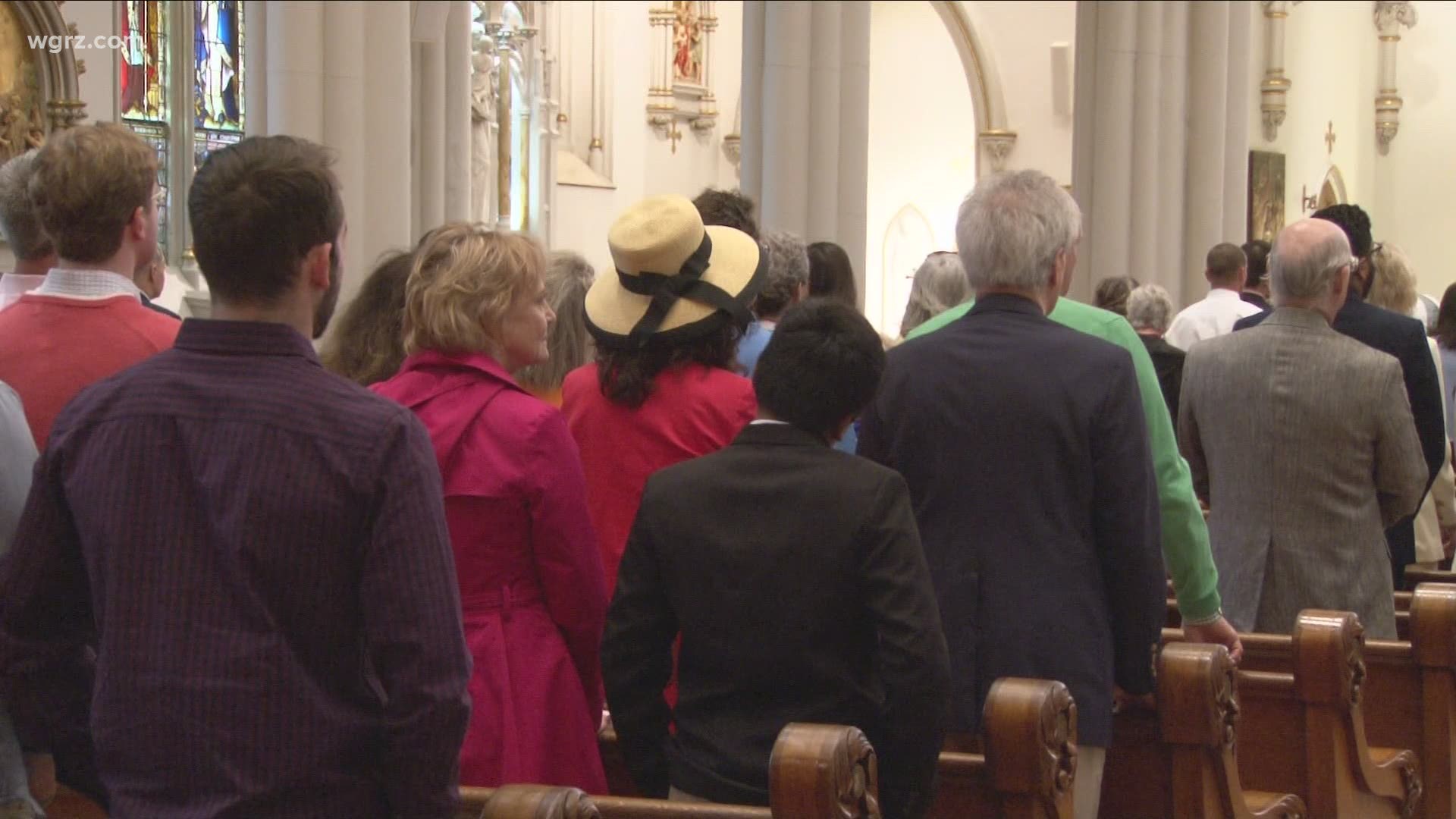 BUFFALO, N.Y. — The decline of religious membership in the United States was the subject of a new poll from Gallup this week, which, according to the survey, marked a milestone this past year.

Americans' membership in houses of worship whether a mosque, synagogue, or church dropped to 47 percent for the first time in the analytics company's eight decades of tracking.

"In many ways, it's not surprising. It fits the pattern that we've seen in the last years," said Jonathan Lawrence an Associate Professor of Religious Studies at Canisius College.

"Typically, younger people don't feel as connected to their religious organizations," he added, compared with 58 percent of Baby Boomers and 50 percent of Generation X, those aged 41 to 56. The Gallup survey found that only 36 percent of millennials had a defined membership.

"Many still had beliefs, prayed on a regular basis. They believe in God but are not affiliated," Dr. Bratton said.

As for Western New York, while there isn't data to say whether or not the same trend of people leaving religious institutions is happening locally. Dr. Bratton added that on average our region has higher religious involvement than the U.S as a whole.

And when you consider the impact of the COVID-19 pandemic on the results of the 2020 survey, both Dr. Bratton and Lawrence believe actual involvement in faith and spiritual activities could be higher than suggested.

"If you're one of few Buddhists in your area and you can connect to someone leading meditation via the internet, you have a connection there that you didn't have before," Lawrence said.

Added Dr. Bratton: "It's really going to be a challenge as we get more removed from that pandemic."

Lawrence added anecdotally that he has heard from several local pastors who say online involvement has actually gone up.

Jewish and Christian Americans mark Passover and Easter this week. Americans’ confidence in organized religion overall is down from levels in recent decades, but the 42% who expressed “a great deal” or “quite a lot” of confidence in 2020 was up from the previous year. pic.twitter.com/P8JLLyF4D4

Gallup does state that some of the decline is also connected to people with "no religious preference," which Dr. Bratton says could be more about distrust in religious institutions and not spirituality.

That includes the distrust expressed by many Christians following revelations of sexual abuse in the church.

"If you just count it as are you members of churches then it seems like they're not there," Lawrence said.

Rather than prescribing to one specific religion, Dr. Bratton added that individuals often younger, may pick and choose aspects of Buddhism, Christianity, and Hinduism based on their societal beliefs.

Community groups and activist organizations could also be filling the void previously and currently held by a religion. However, someone practices their faith, both men just hope there's a community that also supports them.