Two priests within the Catholic Diocese of Buffalo have been placed on administrative leave following accusations of abuse. 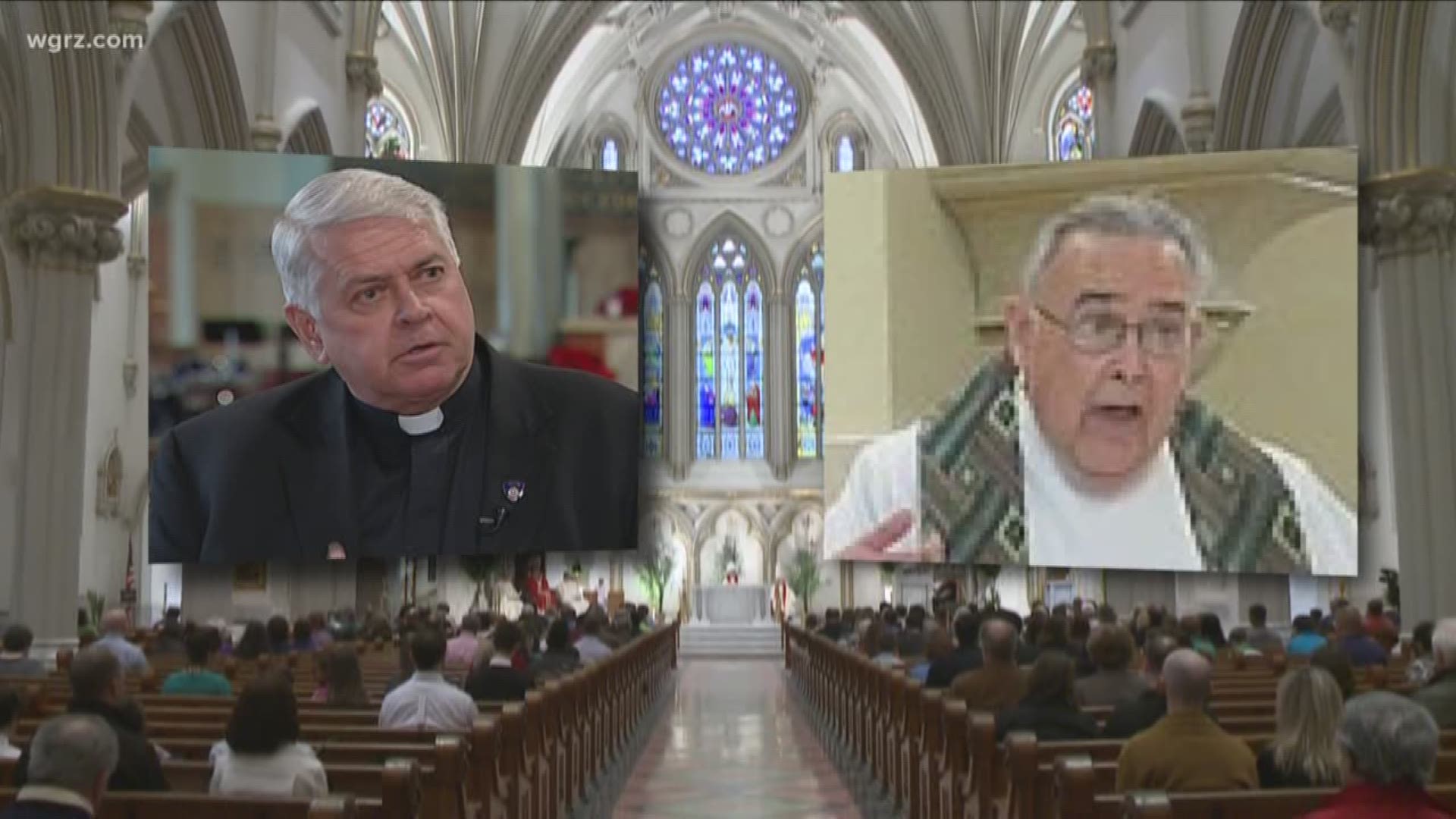 BUFFALO, NY-- The Catholic Diocese of Buffalo has confirmed to 2 On Your Side they have placed two priests on administrative leave following accusations of abuse.

Father Samuel Venne, a retired priest from St. Stephen's Roman Catholic Church on Grand Island, has been placed on administrative leave after an accusation of past abuse.

Father Art Smith has also been placed on administrative leave. Father Smith is a priest at Blessed Mother Teresa of Calcutta Parish in Depew.

The Diocese says placing the priests on administrative leave is part of the investigation. It does not indicate if the claim is true or false at this time.

While acknowledging that these are challenging times for the Diocese, Bishop Malone said last month the recent release of names of priests allegedly involved in abuse cases, “brings to light what has been in darkness for too long.” Bishop Malone says releasing the names was the right thing to do and encourages more victims that may be out there to come forward.

A compensation fund has been created to help victims of past sexual abuse by clergy in the Catholic Diocese of Buffalo.