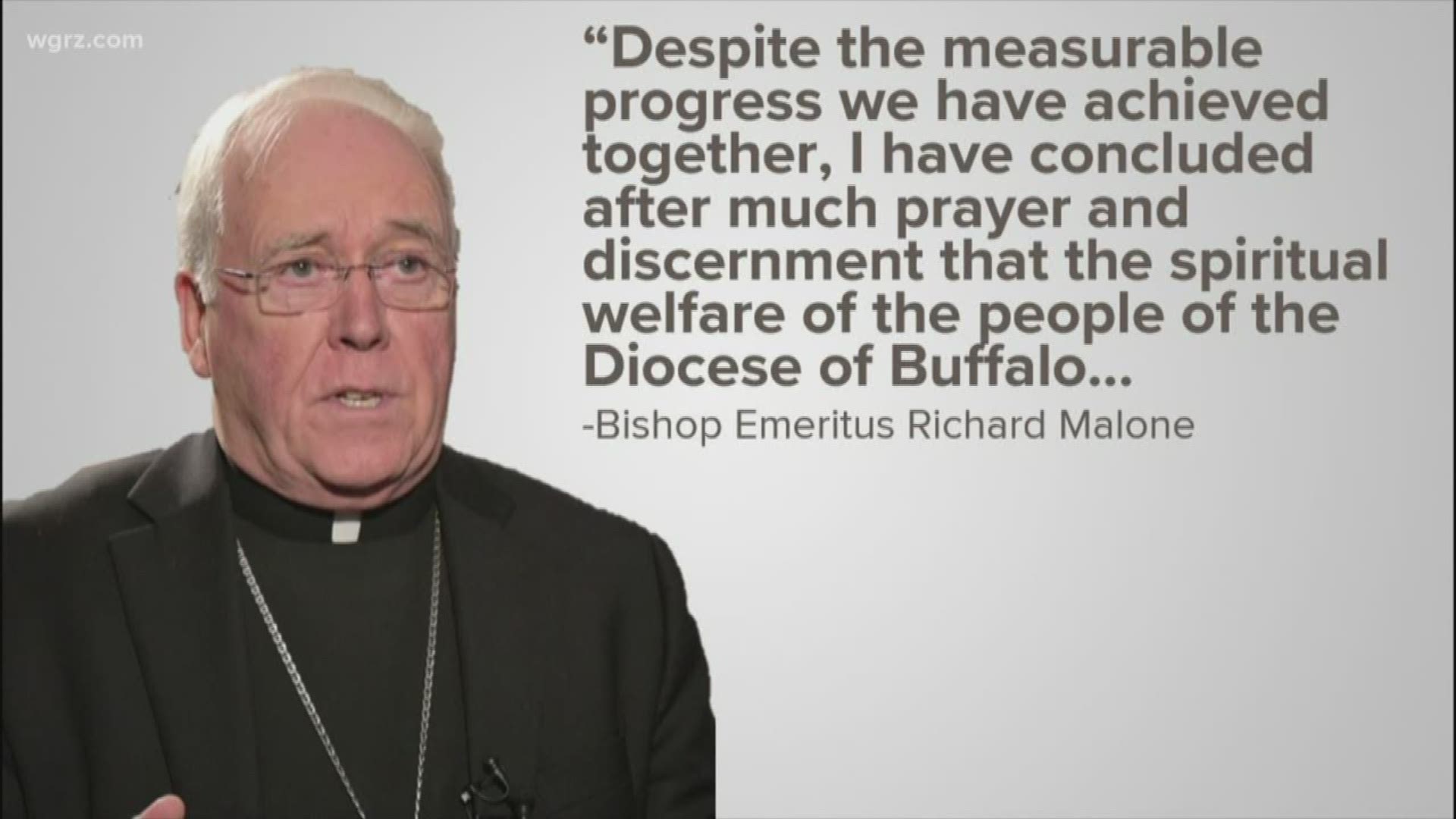 Bishop Malone has ignored repeated calls for him to step down over the past two years, but told 2 On Your Side’s Steve Brown in September that the findings of a Vatican ordered investigation could prompt him to change his mind. “If then the report came back from Rome that the Holy father though I should resign, then that's of course something I would, out of obedience, do immediately," said Malone in September.

The first report indicating Bishop Malone was expected to resign surfaced in November when Malone was in Rome with the New York State delegation.

At that time, Malone said reports of his resignation were false. The diocese said Malone would speak about his trip when he returned to town, but upon arrival at the Buffalo airport, Malone left through a side door, avoiding protesters and reporters.

A few days later the diocese issued a video statement from Malone where he said he would later comment on the Vatican-ordered investigation into his handling of the priest abuse scandal, which was conducted by Brooklyn Bishop Nicholas DiMarzio. 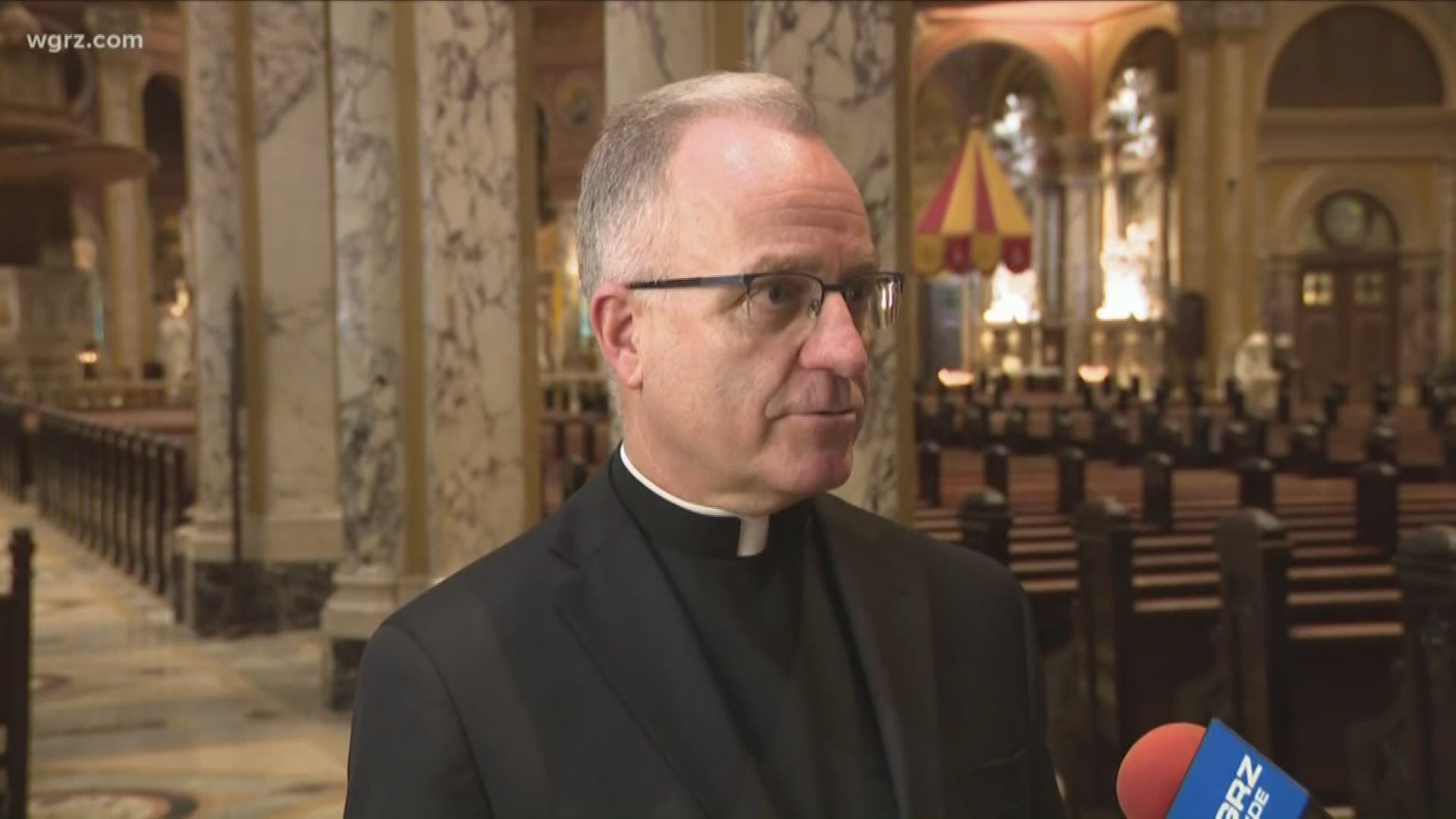 In the video statement Bishop Malone says, “The Congregation for Bishops has received the report, which is held in strict confidentiality. I had a brief discussion with Cardinal Marc Ouellet, Prefect of the Congregation. More on that to come.”

During the September interview with 2 On Your Side, Bishop Malone told Steve Brown that he would own his mistakes in handling the clergy abuse crisis, “but I will not own responsibility for fifty or sixty years of tragic, horrific events of abuse," he added saying he feels people think of all those decades when they see him. "I'm not a perfect shepherd,” said Malone. “I know that. There's only one perfect shepherd that's Jesus. But I believe I'm a good shepherd."

The Buffalo Diocese released the following statement from Bishop Malone on Wednesday morning.

My Sisters and Brothers in Christ -

Just this past Sunday, we entered into the Season of Advent - a season of hope, of expectation and fulfillment, and the promise of new beginning. It is in the spirit of this Holy Season now upon us that I wish to address the future of our Diocese and my own fervent hope for a new beginning. 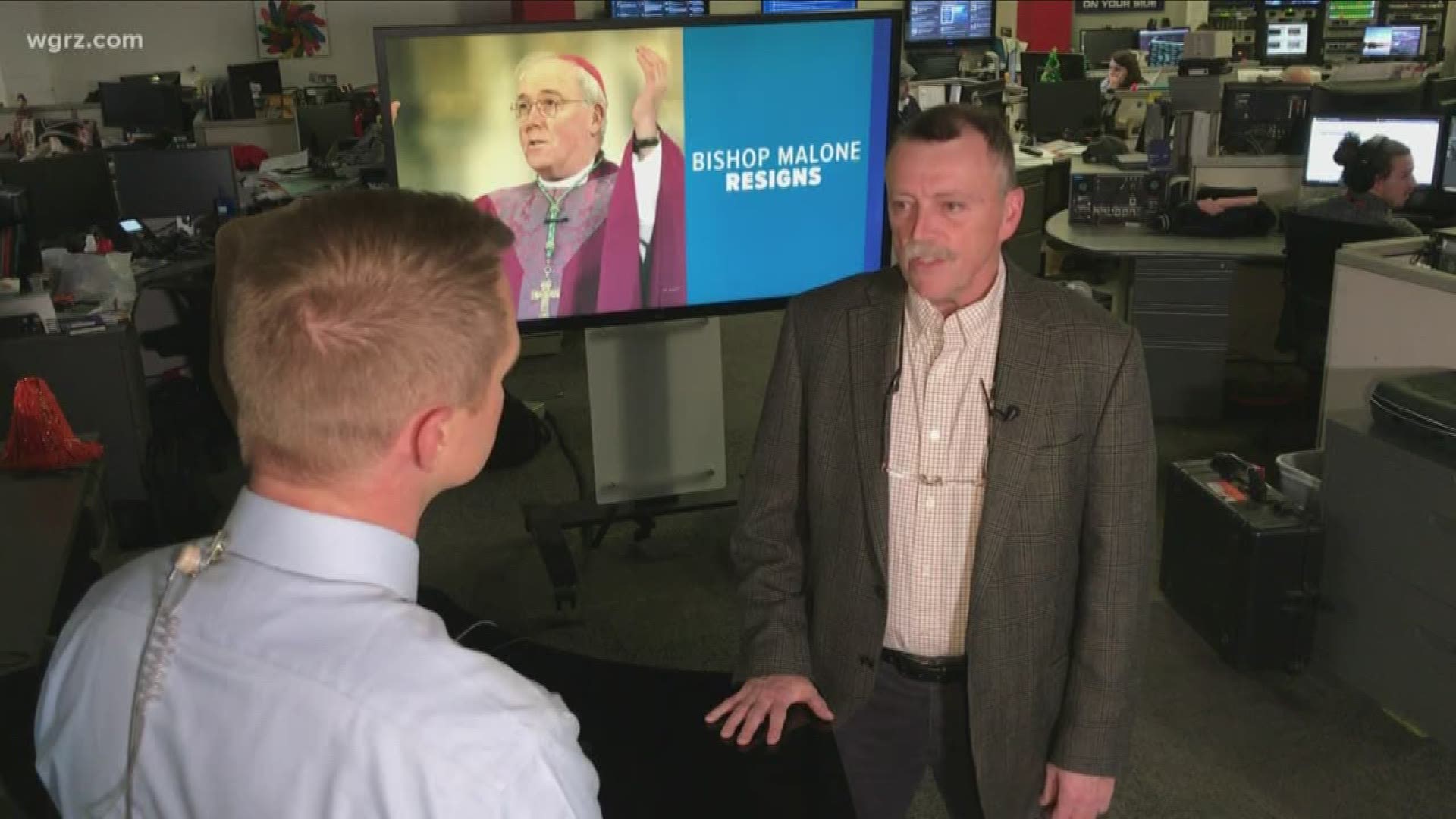 As you are well aware, we have faced tremendous turmoil over the past year and a half. Some have attributed this to my own shortcomings, but the turmoil also reflects the culmination of systemic failings over many years in the worldwide handling of sexual abuse of minors by members of the clergy. The crisis our Church is facing relates not only to the immoral and criminal acts of those who committed unconscionable offenses toward the most vulnerable, but also to the failure to regard these violations as grave offenses that warranted the full weight of civil and ecclesiastical justice. As you know, major reforms were undertaken in this country in 2002 by the United States Conference of Catholic Bishops and in the implementation of the Charter for the Protection of Children and Young People. But, of course, the injury caused by past abuse continues to bring immense suffering around the world and here in our Diocese.

I have met with many survivors of child sexual abuse and felt deeply their anguish, which words and gestures alone are inadequate to soothe. I have acknowledged on many occasions the mistakes I have made innot addressing more swiftly personnel issues that, in my view, required time to sort out complex details pertaining to behavior between adults. In extensive listening sessions across our Diocese, I have heard your dismay and rightful concerns. I have been personally affected by the hurt and disappointment you have expressed, all of which have informed our actions. I have sought your understanding, your advice, your patience and your forgiveness.

At the same time, I have worked diligently with my brother priests and deacons, and so many accomplished lay professionals, to enact new policies and procedures that have the potential to rebuild the trust and confidence of our Catholic faithful and the wider community. We are committed to dealing decisively with those who betray their faith and vows and by failing to adhere to the high moral and ethical standards that we have every right to expect of them. 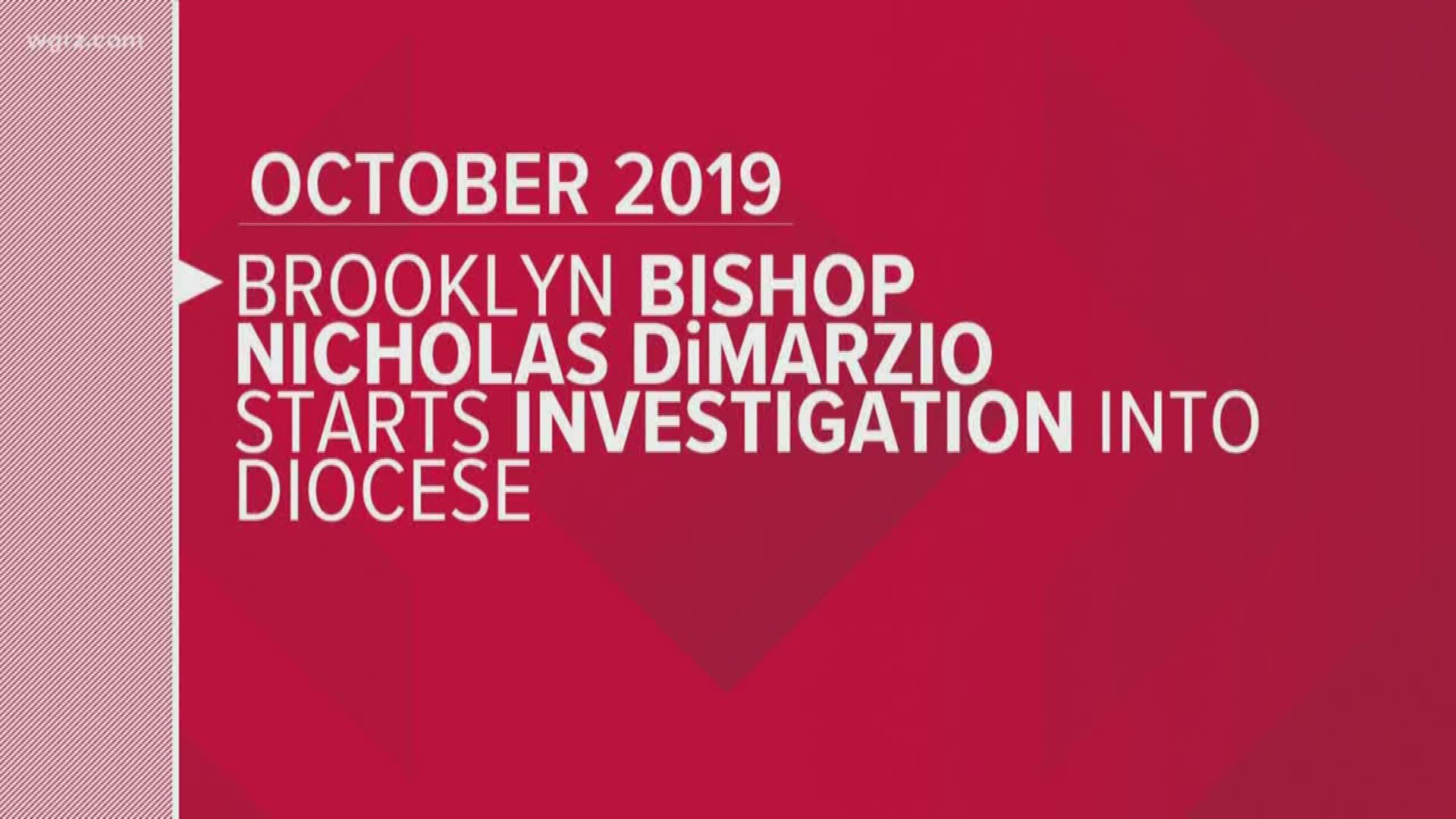 We have made much progress to ensure safe environments for our children and utmost accountability among clergy and religious, educators, lay Church ministers, volunteers and bishops alike, for the well-being and protection of our youth. It is important to note that during my tenure, there has not been a single priest of this Diocese ordained in the past 30 years who has had an allegation of child sex abuse substantiated. We now have rigorous protocols, an independent review board, as well as reporting systems that allow any and all to come forward and report concerns over real and perceived improprieties by Church personnel of every rank and status. We have also defined new and consistent standards for the behaviors required of adults toward adults, and clear protocols for addressing sexual harassment in the workplace and in the performance of ministry. These include well-defined consequences for any individual who would betray codes of conduct that, in our Diocese, are simply non-negotiable.

Despite the measurable progress we have achieved together, I have concluded after much prayer and discernment that the spiritual welfare of the people of the Diocese of Buffalo will be better served by a new bishop who perhaps is better able to bring about the reconciliation, healing and renewal that is so needed. As such, I requested of His Holiness Pope Francis that he permit me to retire early, and he agreed to do so. It is my fervent belief that a bishop must not only represent the unity of our Catholic Faith and the Church Universal, but be able to bring about true Christian unity among those he is charged with leading. It is my honest assessment that I have accomplished as much as I am able to, and that there remain divisions and wounds that I am unable to bind and heal. Consequently, I am announcing my retirement, effective today, and the Holy Father’s appointment of Bishop Edward B. Scharfenberger, the Bishop of the Diocese of Albany, as the Apostolic Administrator, pending the eventual designation of the 15th bishop of the Diocese of Buffalo. Bishop Scharfenberger will continue to lead the Diocese of Albany while serving as Buffalo’s Apostolic Administrator, and I ask all to work with him to ensure that the work of the Church continues and flourishes throughout Western New York. The diocese is in very capable hands. 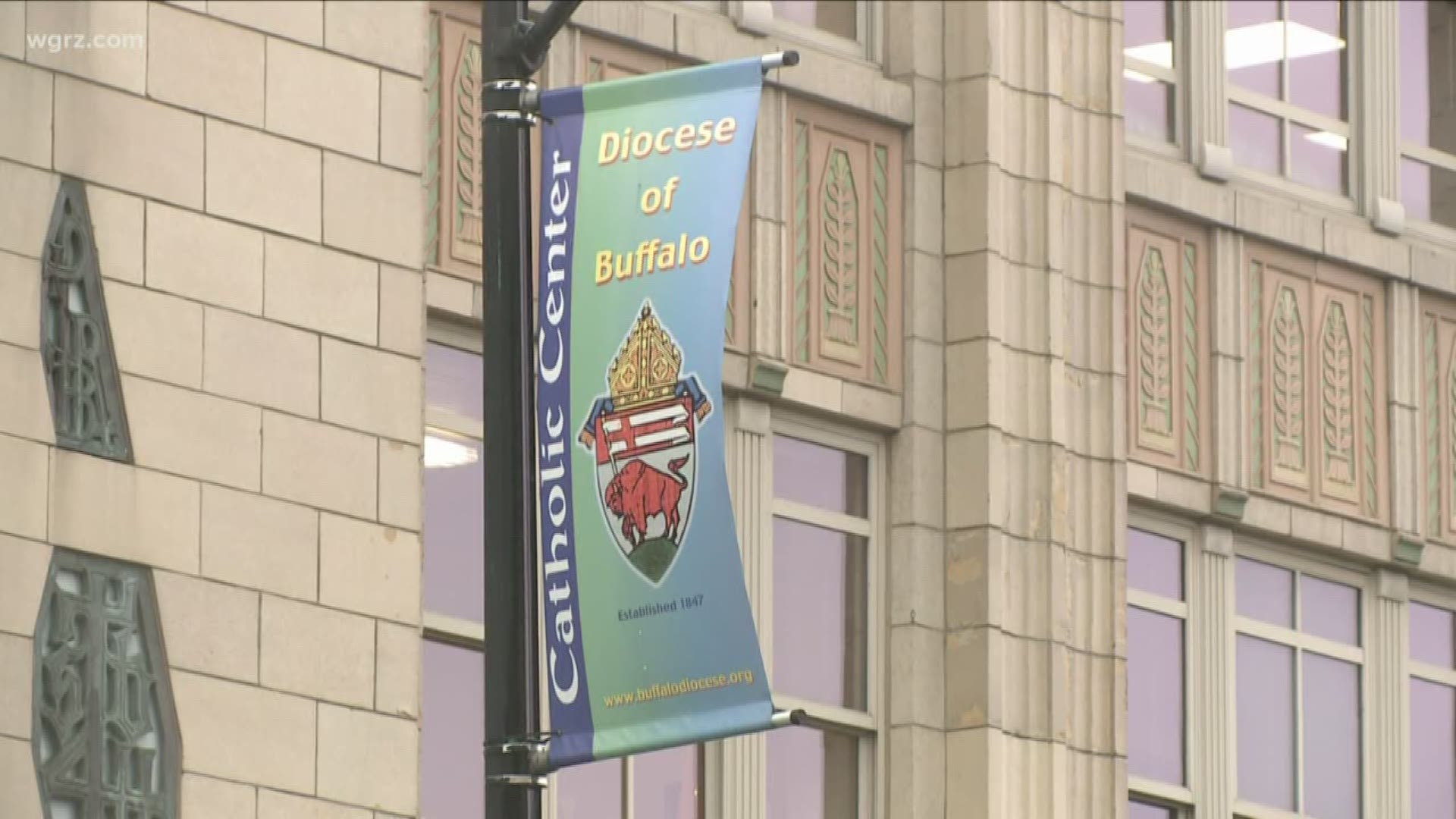 Inevitably, some will surmise that my decision is the result of the recently-completed Apostolic Visitation, carried out by Bishop Nicholas DiMarzio at the behest of the Holy See. While I was made aware of the general conclusions of the report, which were a factor in my discernment, my decision to retire early was made freely and voluntarily. I have come to this decision with honest reflection and a deep and abiding commitment to doing what I believe is in the best interests of the Church throughout Western New York.

I cannot begin to convey my gratitude for the innumerable expressions of kindness and support shown to me over these past seven years here in Western New York. The lively and active faith that is in such evidence among our devoted priests, deacons, religious sisters and brothers, educators, our parishes and young people has been a constant source of inspiration and energy for me in my own ministry to serve and lead - to listen, comfort, and indeed, celebrate with you the Faith that has the potential to unite in ways that would overcome our every conflict and division.

I appeal for your fervent prayers for our Diocese and for those especially who give of their lives in priestly ministry in service to others. I am so grateful to our priests and will hold them constantly in my heart. I ask that you support them not only with your words and prayers, but also with your talents and expertise, with your insights and engagement in the life of our parishes. 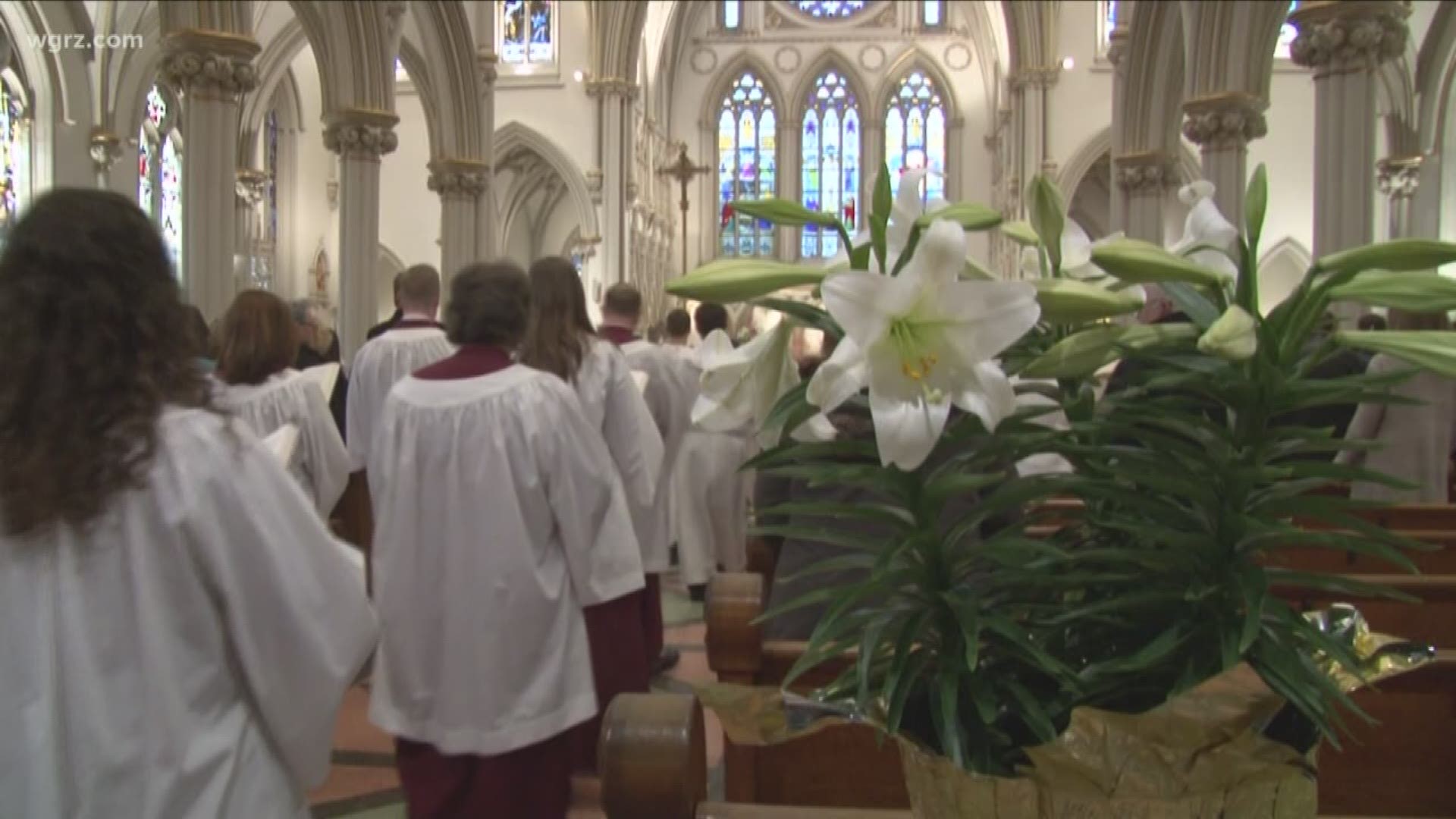 I intend to continue to live among you as Bishop Emeritus, and to be available to serve in whatever ways that our Apostolic Administrator and new bishop determines is best. I will forever be grateful for the honor to serve you as your 14th bishop, even as I have been constantly humbled by so many heroic acts of faith and service on the part of those I have been entrusted to lead. It is and will continue to be my constant prayer and hope that you will “live the truth in love” - demonstrating care and compassion, understanding, healing, forgiveness - and above all - Christ-like charity toward family, friend, and stranger alike.

May Christ who inspires our hope and offers the promise of new beginnings bless and sustain you, even as He unites us all in his constant love and abiding grace. Please pray for me as I shall for you.

The Most Reverend Richard J. Malone 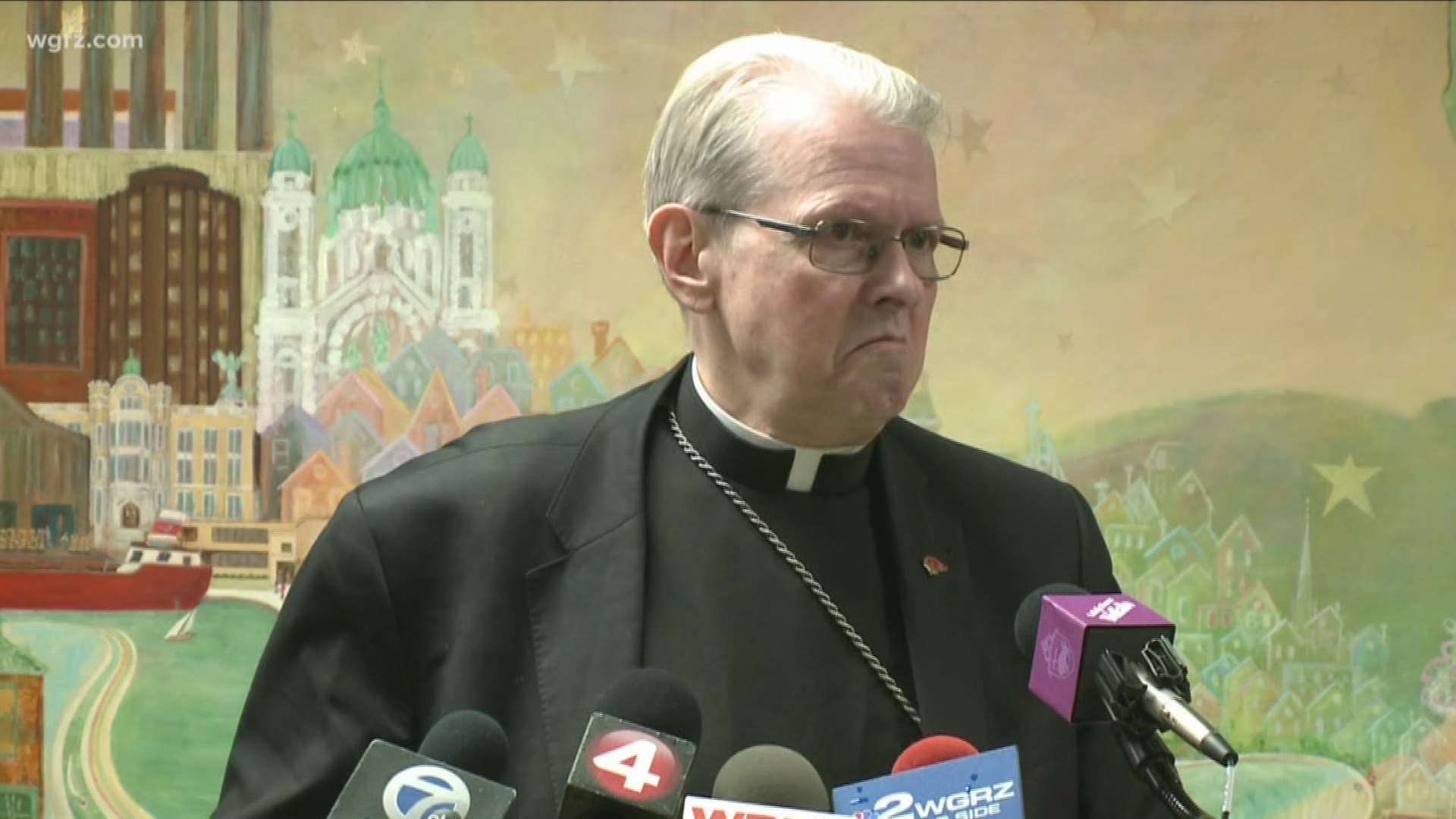 Malone was named bishop of Buffalo on May 29, 2012, by Pope Benedict XVI and was installed as the 14th bishop of the diocese on August 10, 2012 at St. Joseph Cathedral.

At 73 years old, Bishop Malone is leaving the church two years earlier than bishops are requested to submit their resignation to the pope.

Albany Bishop Edward Sharfenberger will be brought in to run the diocese until a permanent replacement is named.

RELATED: Diocese of Buffalo hotline to report abuse currently down