Victim's advocacy group calls on Bishop Malone to either be more forthcoming of allegations or resign. (Photo Courtesy: Buffalo News) 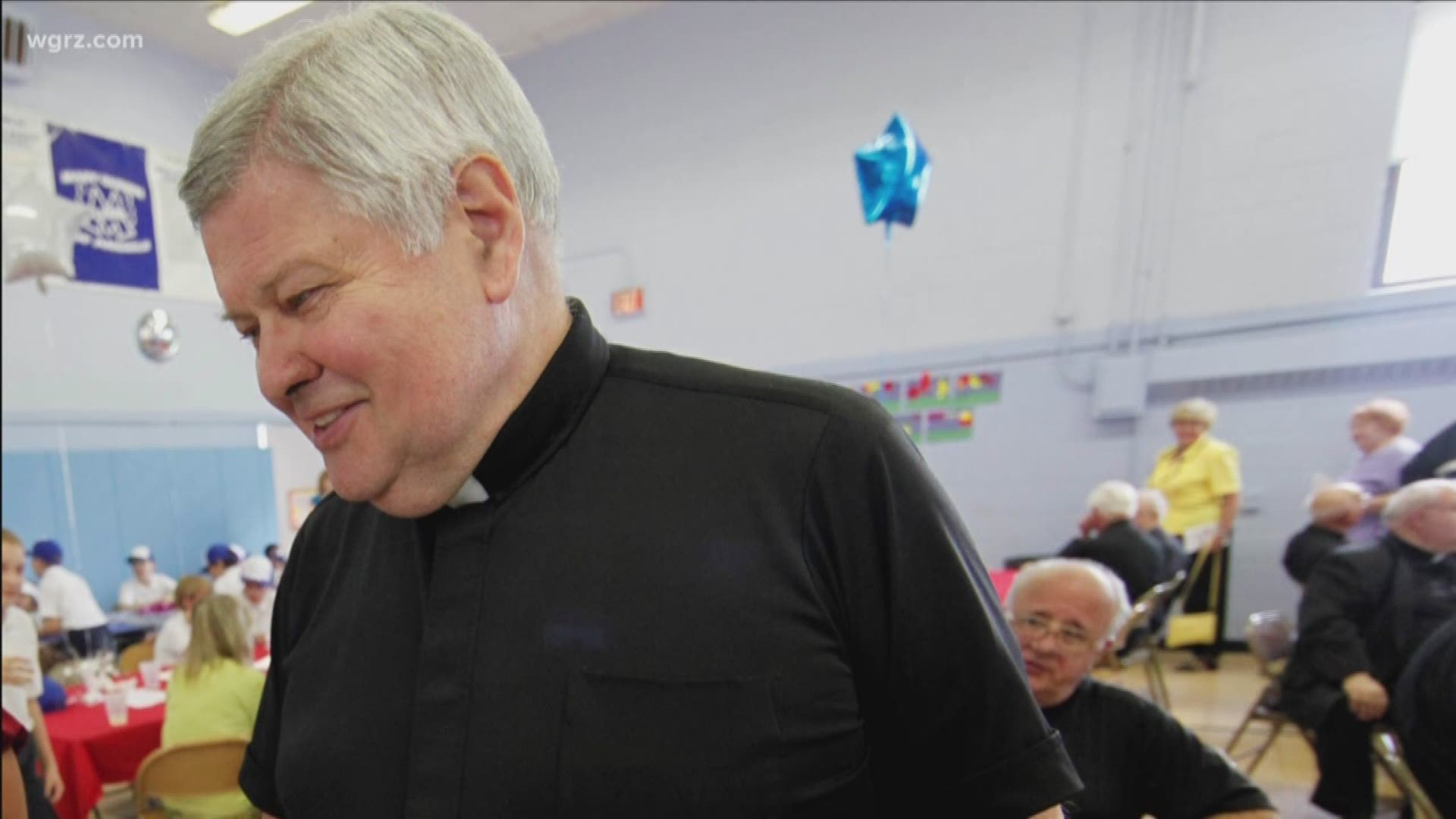 BUFFALO, NY – Buffalo’s Catholic Bishop, The Most. Rev. Richard Malone, has placed another priest on leave amid allegations of sexual misconduct.

In a statement, the Diocese confirmed: “After receiving a recent letter regarding a previous abuse complaint against Father Fabian Maryanski, Bishop Richard J. Malone has placed Father Maryanski on administrative leave for the purpose of reopening the previous investigation. Please note that this administrative leave is for the purpose of investigation and does not imply any determination as to the truth or falsity of the complaint.

Maryanski, 77, is accused by a now 49-year-old woman of having seduced her into a sexual relationship when she was a teenager in the 1980s, according to an article published in Sunday’s editions of the Buffalo News.

Their encounters allegedly occurred when Maryanski, who most recently celebrating mass Nativity BVM Church in Clarence, was the pastor at St. Patrick’s parish in Barker.

In the ensuing years, Maryanski was also assigned to churches in Medina and Sloan, where St. Andrew Church named its parish hall in his honor.

According to the article, an attorney for the woman brought the matter to the attention of church officials in 1995 after which he was placed on leave.

However, Maryanski’s name was not on what the Diocese called a “complete” list released earlier this year of 42 priests, against whom allegations were found to have been credible.

“It has been one report after another of malfeasance, neglect, and cover up,” Hoatson said.

Road to Recovery says it is growing increasingly frustrated with the number of allegations continuing to surface, to the point that it is doubtful the entire truth is being revealed.

To that end, the group today called on Bishop Malone to either “reveal or resign.” ”Either give us all the information you have, or get out,” Hoatson said.

“While these issues of abuse predate my arrival as Bishop of Buffalo in 2012, it has become my responsibility to lead our diocese through the proper handling of abuse from the past. I will continue to do so now and in the future. We have made great strides in regard to protection of young people and the handling of sexual abuse cases, especially since implementing the 2002 Charter for the Protection of Children and Young People.”