Reflecting on Service and Sacrifice 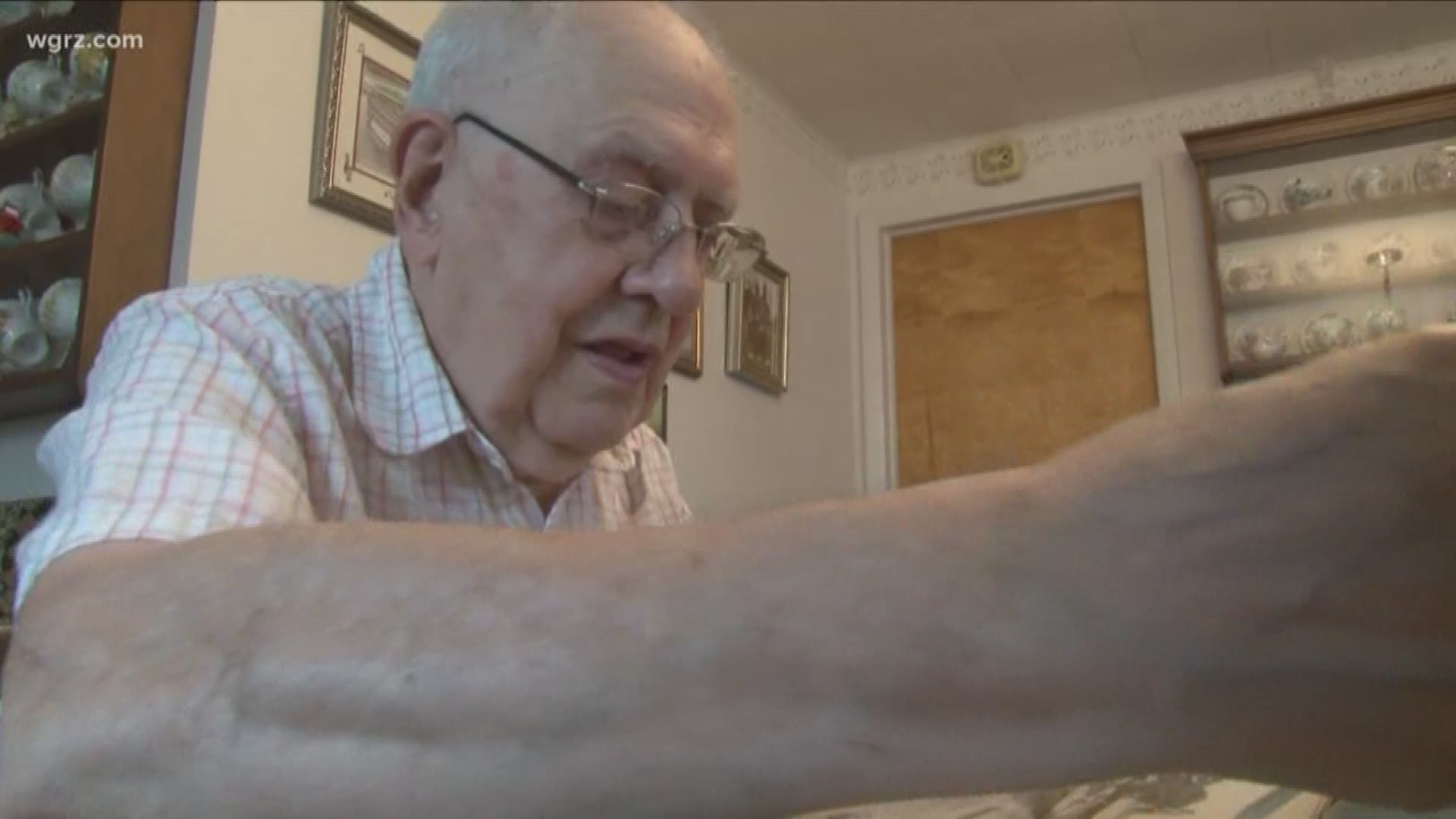 BUFFALO, N.Y. — At 97 years old, Don Lange's wit is crisp and his memories are vivid. As he pages through old photo albums in his Town of Tonawanda home, his experiences during WWII come flooding back. He was a U-S Army Technical Sergeant, assigned to work with the Chinese Army in setting up radio communications.

By the age of 22, he had traveled from Buffalo to New Jersey, then to Virginia and overseas to Africa, India, Burma, and ultimately China. During that time he never saw combat, but did have some close calls, like when Japanese fighters would attack their base. "You really didn't know if they had bombs or not, so it was just strafing."

His unit also had to set up communications in enemy-occupied territory. It was a top secret mission. Lange assumed it was to share information of a Japanese surrender.

WGRZ's Pete Gallivan was privileged to join him at the monument dedicated to him and other members of that greatest generation in Washington, D.C. It was Don's first trip to the WWII Memorial.

Certainly, he is proud of what he did accomplish, but being in Washington, especially at Arlington National Cemetery reminds him of who did not make it back.